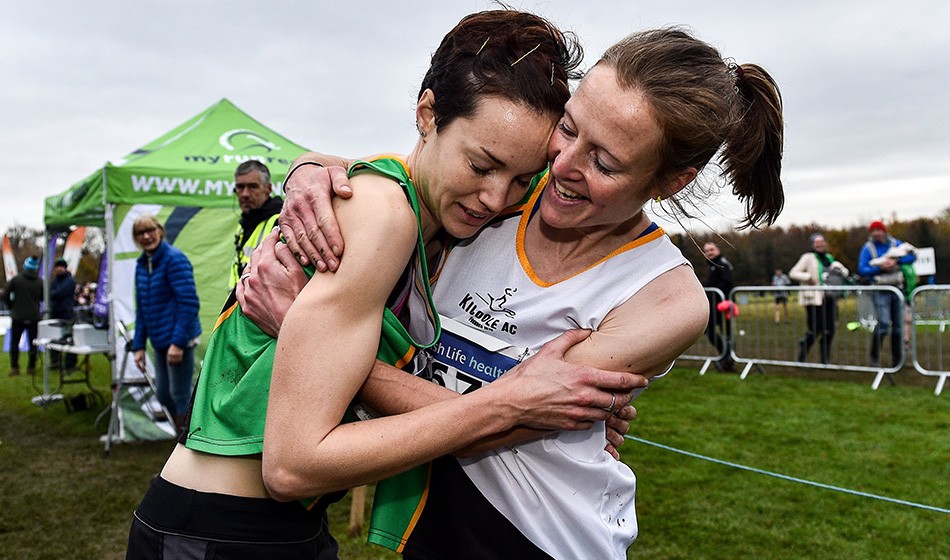 A report on the Liverpool Cross Challenge, which incorporated the GB Euro Cross trials, can be found here, while coverage of Jess Piasecki’s 2:25:29 Florence Marathon win to move to third on the British women’s marathon all-time list is here. Other recent highlights are below.

There was a swift U-turn after the finish for McCormack as she left the course and sprinted back down alongside the finishing straight to cheer on her sister to her first senior cross country medal.

"It's a great day for our family, our club." pic.twitter.com/pggcHPl4vn

In the senior men’s race there was a good lead pack for the first half until Brady pulled clear and held off Brian Fay, the first under-23 athlete, by five seconds. Sean Tobin finished third in 33:05.

It is Brady’s first national senior title to add to under-20 and under-23 crowns and after running 32:50 he said: “I wanted it. I badly, badly wanted it.”

The men’s winner was Edwin Kurgat of Iowa State. Britain’s Patrick Dever finished 11th and helped Tulsa University to fifth place in the team standings, while Euan Makepeace was 15th as first scorer for Butler University.

The race was won by Weini Kelati for New Mexico.

Denmark’s Anna Emilie Møller, a student at St Mary’s University in Twickenham, won the senior women’s 8km by half a minute, clocking 26:48 ahead of Georgia’s Valeriya Zhandarova (27:19). Sweden’s Samrawit Mengsteab was third (27:35).

The senior men’s 10km was won by home favourite Mike Foppen in 30:01 ahead of ANA athlete Rinas Akhmadeyev in 30:02. Italy’s Nekganet Crippa, the older brother of Yemaneberhan, was third in 30:04.

Great win for Leopoldo Burguete at the Wolverton 5 in MK. Finishing in 24.11 ahead of Liam Dee (24.22). First MKAC man to win in 55 year history of the race!! Podium completed by Paul Mizon (24.44). I came 7th in PB 26.04. @FastRunning @AthleticsWeekly Pic Brian Graves. pic.twitter.com/DwrU4aSzuq

Alex Lepretre won his third successive Fraternity Cup, while Lucy Anne Charles led all the way in the Sorority Cup over the approximately 5-mile course.

Kent AC dominated the team contests, taking three of the top four places in the men’s race and also winning the women’s event.