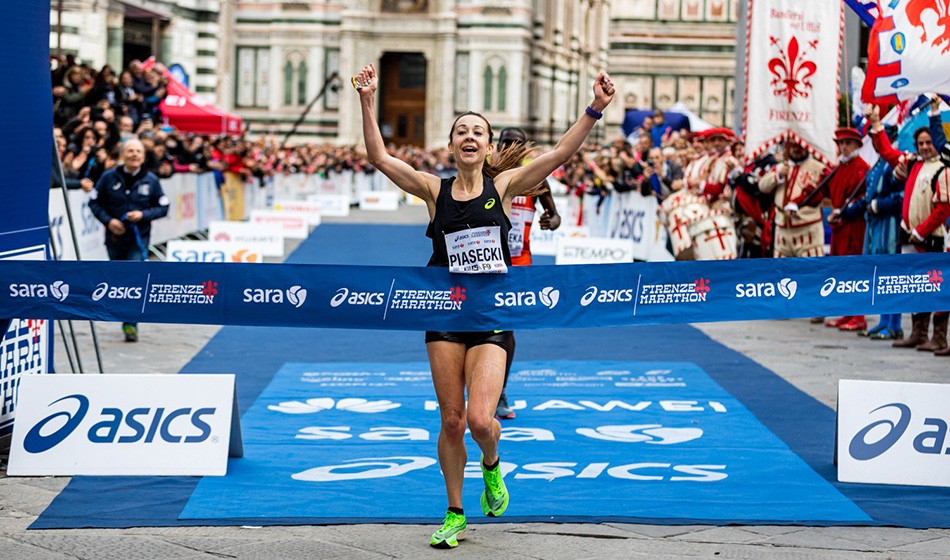 Passing halfway in 74:31, the 29-year-old went on to run an impressive sub 71-minute second half to win the women’s race by 78 seconds and finish 11th overall, with the men’s race won by Ethiopia’s Sahlesilassie Bekele Nigussie in 2:10:14.

It is Piasecki’s first full marathon, with the 2012 Euro Cross under-23 champion having made her debut in Frankfurt in 2015 but been forced to drop at out 32km after tearing her plantar fascia while well on target for a Rio Olympic qualifying time.

The Nottingham Trent University exercise physiology lecturer and researcher has spoken openly about her struggles with injuries related to RED-S (relative energy deficiency in sport) in the past but has returned to have a fine 2019.

Coached by Robert Hawkins, the father and coach of world marathon fourth-placer Callum, Piasecki ran 15:51 at the 5km Long Eaton parkrun at the beginning of March for a time which puts her second in the parkrun all-time rankings and went on to captain the GB team at the World Cross in Aarhus, where she placed 37th.

In September she won the Mattoni Ústí nad Labem Half Marathon in a PB of 71:34.

“Isn’t it great when a long term plan comes together,” she wrote on social media. “Thanks to all who have helped along the way.”

Isn’t it great when a long term plan comes together.

Thanks to all who have helped along the way pic.twitter.com/ouzyIdab4c

In what is proving to be a great year for British female marathon running, Piasecki’s performance follows Charlotte Purdue’s 2:25:38 in London in April and Steph Twell’s 2:26:40 in Frankfurt last month.

Only Paula Radcliffe (2:15:25) and Mara Yamauchi (2:23:12) have run quicker than Piasecki and Purdue, with Twell now sitting sixth behind Veronique Marot (2:25:56) on the UK women’s marathon all-time list.

Piasecki’s time is the second quickest ever at the Florence Marathon, with Lonah Chemtai Salpeter’s course record of 2:24:17 having been set last year.

Behind the Briton on Sunday was Ethiopia’s Dinknesh Mekash Tefera, who ran 2:26:47 for the runner-up spot, and Kenya’s Salina Jebet, who clocked 2:30:28. 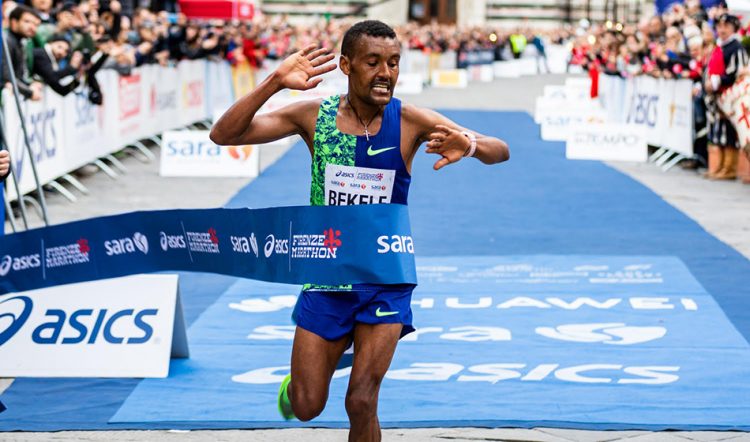 On Monday organisers confirmed that for safety reasons the course was changed towards the end of the race due to a gas leak, leaving it slightly short for some finishers, but that the top 42 athletes all completed the full marathon route.