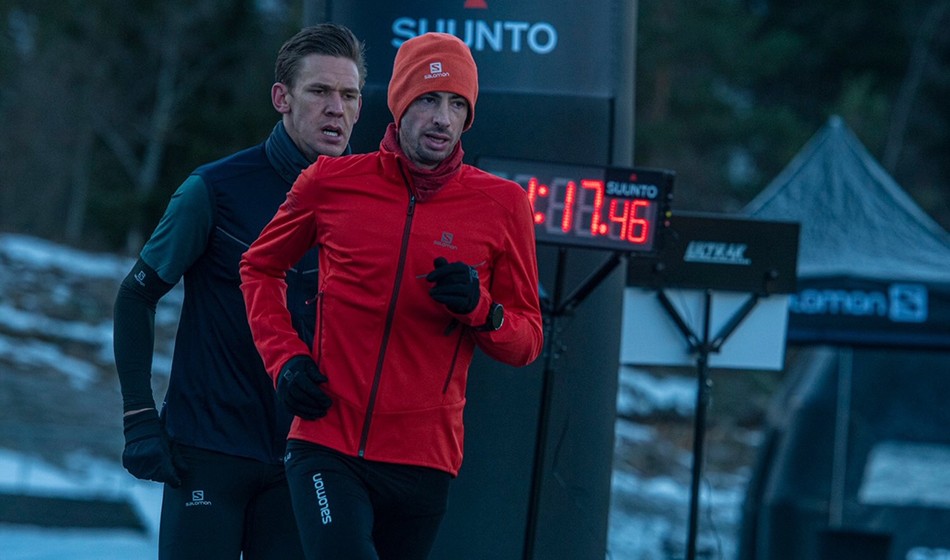 The trail running star had hoped to see how far he could run in 24 hours during the Salomon-organised event in Måndalen, Norway, but he was forced to withdraw after 10 hours and 20 minutes due to chest pain and dizziness.

He had earlier struggled with knee pain but it was on doctor’s advice due to the chest pain and dizziness that his attempt came to an early end.

“I was feeling pretty good, with the normal ups-and-downs of a long race like this,” said Jornet. “My body felt good, my legs felt good and then, suddenly, I felt two intense pains in my chest and started to get very dizzy and very exhausted.

“The medical people came to me and checked me out, and said it was best to go to the hospital.

“In the hospital they ran a number of tests to try to determine what it was,” added Jornet, who was speaking on Saturday after being released from the hospital.

“They don’t seem to think it is anything too serious.”

In total, Jornet covered 134.8km in 10 hours and 20 minutes in temperatures hovering around the freezing mark.

Just after the 10-hour mark is when he started to struggle and he received help halfway through his 338th lap.

Thanks to all for your support. During the run I felt a sudden sharp chest pain and needed to spent the night on observation. Races sometimes don’t go well…so it is a good excuse to try it again 😉 pic.twitter.com/EjLrYdis4n

Jornet and his fellow Salomon athlete Sebastian Conrad Håkansson, who were wearing the new Salomon S/LAB Phantasm road running shoes, moved ahead early on, with Håkansson going on to complete 100 miles in 12 hours and 46 minutes to break the Norwegian 100-mile record before stepping off the track.

“I got this idea about a year ago to run for 24 hours on a track so I went to Salomon to help organise the run,” Jornet said. “I wish it went differently, but it’s still fun to explore different things and new projects. So I want to thank Salomon and Suunto for supporting the project and everyone who helped organise the event, from the track volunteers to the community in Måndalen and the people at the track club. I think it was colder for the volunteers than for the runners.”

“I’m hurting everywhere,” he said, as the clocked ticked down on 24 hours. “The only motion possible is to keep jogging.”

The longest distance ever run on the track in 24 hours is 188.590 miles (303.506km) which was recorded by ultra running legend Yiannis Kouros in 1997, a feat which had been described by Jornet as “absolutely wild”.

Jornet’s background is mainly in off-road ultra-running events like the Ultra-Trail du Mont-Blanc, which he has won three times and which usually takes him about 21 hours to cover 106 miles of gruelling mountainous terrain through the French, Swiss and Italian Alps.