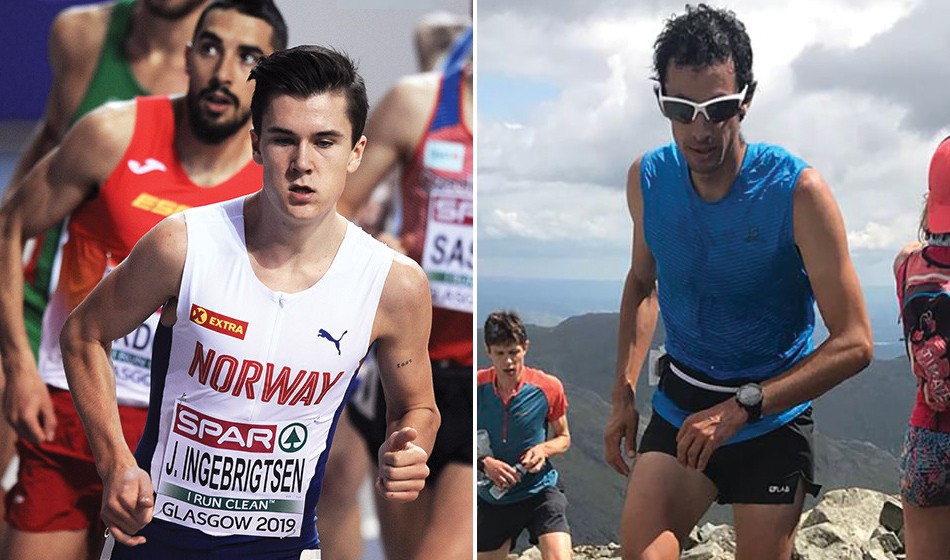 The event can be watched globally at direktesport.no with a subscription, while a free live stream which will follow Jornet’s race can be viewed via the event’s Facebook page at facebook.com/Hytteplanmila

While fans will be looking forward to seeing how fast double European champion Ingebrigtsen might be able to go after he ran a national record of 27:54 at this event in 2019, there is also much intrigue around ultra runner Jornet’s debut at the distance on the road.

Proof of Jornet’s potential at the distance came earlier this year when he ran 29:42 for a 10km run after a 29:57 vertical kilometre as part of his ‘VK10K’ session.

One of the hardest training session I do is what I call VK10K. Concept is simple: to run a vertical kilometer, run down easy and run a 10K flat. Normally I do a “easier” version of 700m + 7K, today I did pretty much at full gass. I started with the VK speddy since from 700 to 800m this uphill has something like 100m of distance with a couple meters down and flat. ( that’s a pity because I believe if it wasn’t for those meters it could be a very fast place for a VK!) I reach the 1000m in 29’57”. Easy way down and then I started the 10K on a semi conservative pace trying to be close to 3’/km. The hard thing is to push with the legs still “heavy” from the lactate of a VK. Last 2K I gave everything to close in 29’42”. So almost 1h (59’39”) with blood taste in the mouth and bottle legs 🤪 . 2nd picture by @mzolad1986 . And obviously the heart rate was waaay higher than that, more like 185-195 for all the VK. That’s a wrist measurement and I have always the watch not tight 😉

“It will be my first race on a flat surface, something that only two years ago I thought (and said) I would never do because I found running on the flat so boring,” Jornet wrote in an Instagram post.

“This year I did change the training. I started counting distance instead of elevation and it has been interesting/fun. Lot of injuries do. Now I had a good training block of a few weeks until two weeks ago I felt pain in my tibials and calf, so last two weeks have been mostly recovery and trying to keep so key sessions.

“As a novice my expectations aren’t big. I would be really happy if I’m able to grab a few seconds to what is my “training PB” so to run around 29:30. Will be fun to hit the road, and keep this parenthesis of flat until ice and snow start to call.”

For Ingebrigtsen, the race comes in a year in which he has broken the Norwegian 5km road record with 13:28 in May before he set a European 2000m best in Oslo. European 1500m and Norwegian 3000m records followed later in the summer.

Karoline Bjerkeli Grøvdal also targets a quick time as she has her eye on Ingrid Kristiansen’s Norwegian record of 30:57 set in 1989.

Normally a mass-participation event, this year’s Hytteplanmila will be elite-only, with groups of athletes setting off in waves.

Filip Ingebrigtsen joins his brother Jakob and Jornet in the first wave.