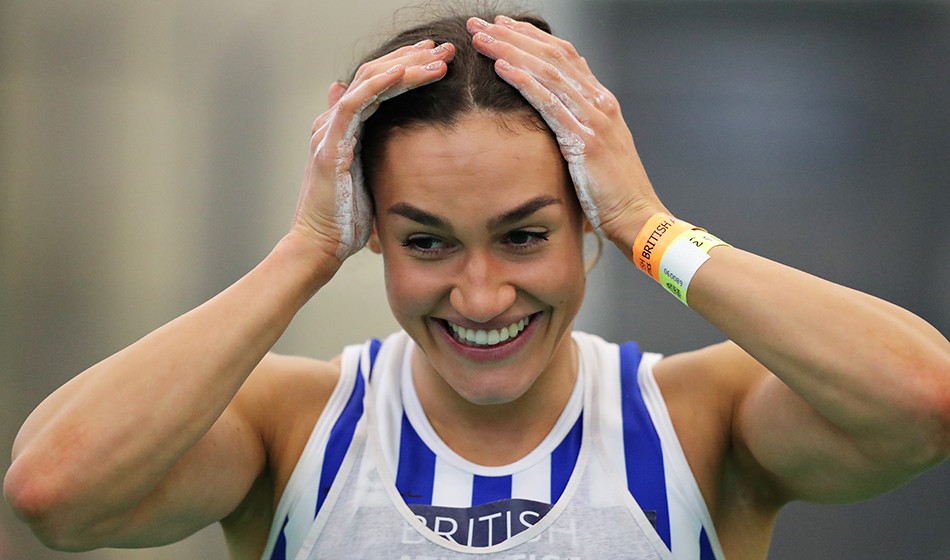 Holly Mills scored an impressive 4557-point pentathlon PB in Manchester on Sunday (February 21) to move from 10th to fifth on the UK all-time list.

“Coming into this event we were aiming to get over 4400 points, so to get over 4500 is exceeding our expectations,” said the 20-year-old, who is coached by former sprinter Laura Turner-Alleyne. “Me and my coach are so happy. Hopefully I’ll be at the Europeans in a couple of weeks to add some more points to that tally.

“Probably the highlight of my day was the shot put where I threw 14.03m which is my first time over 14 metres. Last weekend I threw 13.33m and that was my first throw over 13 metres. Coming into this year my PB was 12.99m so it’s a big improvement. There has been a lot of work behind that. It has been a long time coming.”

Over in Loughborough, world finalist McKinna continued to show superb consistency as she achieved five throws beyond 18 metres, topped by her 18.54m indoor PB. 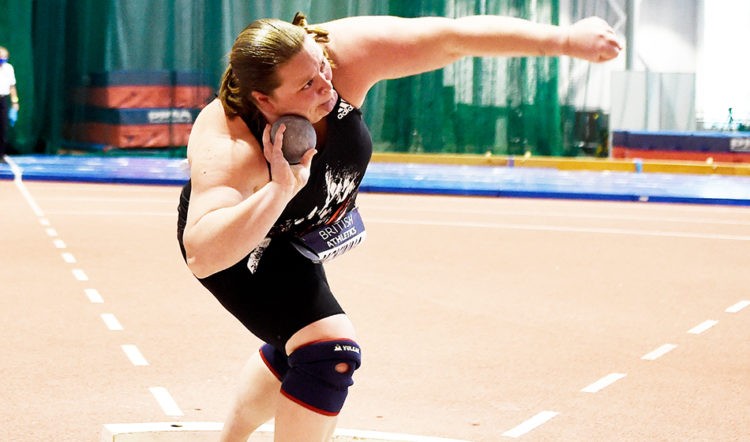 That mark strengthens her hold on third place all-time among UK indoor throwers.

Amelia Strickler was second with a throw of 17.26m.

“It was okay,” said McKinna. “It’s an indoor PB for me. I feel like there was much more there as I didn’t quite get it through so there are lots of positive to take and lots to go away and work on before the European Indoors.”

Some exciting 400m racing in Manchester included a narrow win by Jodie Williams as she pipped Jessie Knight with a 52.27 indoor PB and track record to Knight’s 52.38, with both athletes having also already achieved the European Indoors standards the previous day.

Ama Pipi was another to already have the standard and this time she clocked 53.05 to win the other 400m final ahead of Zoey Clark with 53.43.

In the men’s events 2020 British indoor champion James Williams won the first final in a PB of 46.60 ahead of Lee Thompson with 46.65 and Brier also achieved the European mark with a 46.81 PB to win the second final. 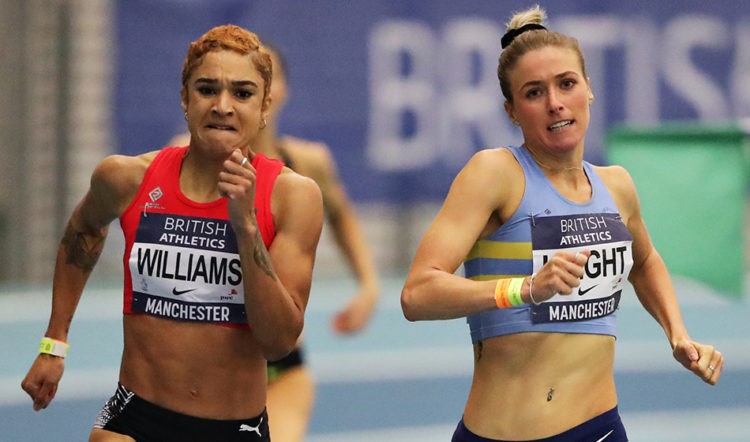 Guy Learmonth gained another European Indoors 800m standard as he won in 1:47.81, while 1500m victories were claimed by Piers Copeland with 3:52.17 and 2020 British indoor champion Holly Archer with 4:13.02. Archer’s mark was just 0.02 off the standard but she went into the race with the time already achieved thanks to her overall PB of 4:10.03 set the weekend before, while the men’s race was tactical and Copeland had already gained the qualifying time of 3:42.00 with 3:38.55.

Despite not having registered a mark in the shot put the previous day, sole entrant Andrew Murphy returned on day two to complete the heptathlon and achieved a final score of 4559 points.

Joining McKinna in claiming shot put victory in Loughborough was Scott Lincoln with a throw of 19.93m, while Morgan Lake managed her best clearance for two years as she won the high jump with 1.93m.

In his first competition since winning the British outdoor title in September, Joel Khan was again top in the men’s contest as he cleared a PB of 2.23m for his first jump over 2.20m. 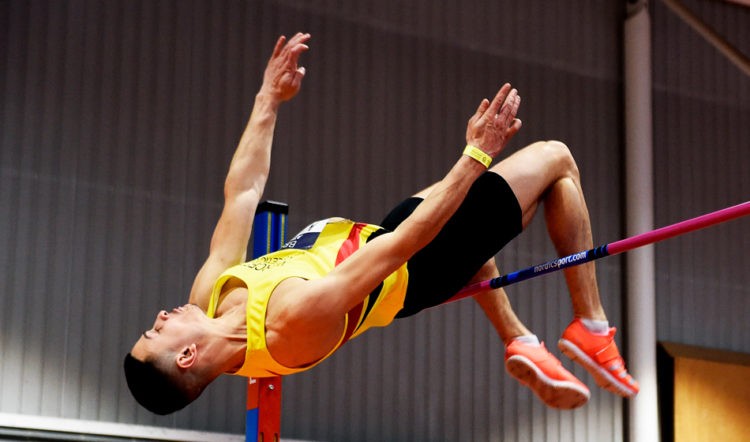 Tilly Hooper – the daughter of former UK pole vault record-holder Brian – won the women’s pole vault with a 4.15m clearance, while Charlie Myers was the sole male entrant and cleared a best of 5.52m.

Results from Manchester are here, while Loughborough results are here.

A day one report can be found here.