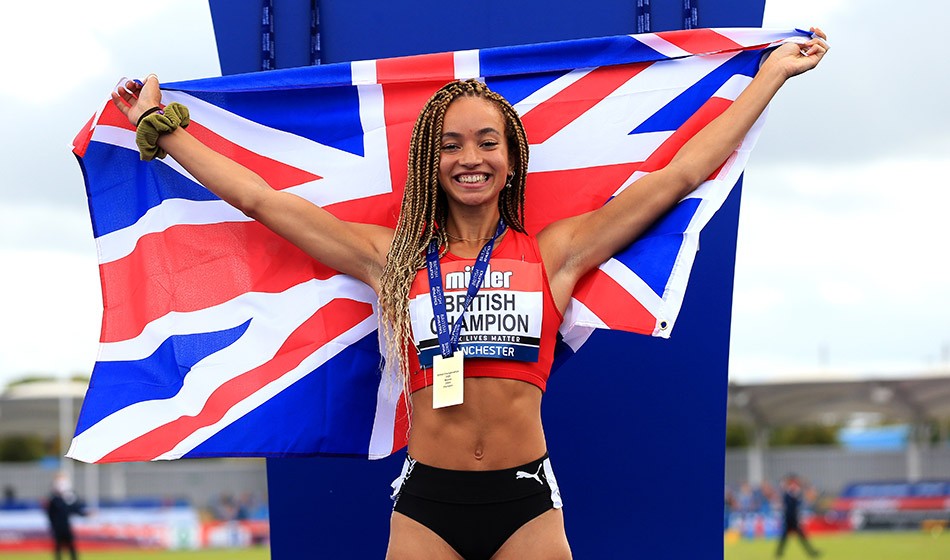 The British 200m title will remain with the Williams family for another year as Hannah Williams followed in the footsteps of her Olympian older sister Jodie to get gold in Manchester on Sunday.

While her focus is usually on the 400m, 2017 European under-20 bronze medallist Hannah decided to drop down in distance to work on her speed and it paid off as she won the half-lap event in 23.83 (+0.3m/s) ahead of last year’s European under-20 relay gold medallist Georgina Adam (24.06). Rebecca Jeggo ran 24.51 for another bronze to go with the British medal of the same colour she won indoors in February.

“It is great that the British title can stay in the family,” said Hannah, with 2014 European and Commonwealth silver medallist Jodie having claimed last year’s title in Birmingham in 23.06.

“I am really happy to take the 200m title. I have been wanting to practise the 200m this year so that I can improve my speed in the 400. It’s been a bit different. I have loved it but it’ll be back to 400m next year.”

Explaining that she would now consider mixing the two events more often and even doubling up in future, she added: “For me, 2021 and the delayed Olympics now feels achievable.

“I feel I have the speed and I can improve and get in the team.”

Hannah had earlier gone quickest in the heats, winning the second heat in 23.95 (-1.0m/s). Adam won the first heat in 24.42 (-2.2m/s). A false start meant that Kristal Awuah was one of three athletes disqualified during the heats.

The men’s final saw Andrew Morgan-Harrison add a second 200m title to his CV as he followed up his indoor win with outdoor success in 20.69 (+2.3m/s), despite having twinged his hamstring in both races.

James Williams, who won the indoor 400m title, secured silver with a time of 21.01, while Joe Ferguson finished third in 21.16.

Morgan-Harrison, Williams and Jordan Broome had been the three heat winners, but Broome pulled up in the final.

The times may not have been the fastest ever seen but the men’s 400m final was a thrilling race, with a late charge by Alex Knibbs seeing him go from almost last off the final bend to first down the home straight, running in lane eight.

“I don’t really know what happened,” said the shocked winner, who formed part of Britain’s bronze medal-winning 4x400m team at the 2018 World U20 Championships.

“I was in lane eight and I just thought to go for a PB and I just went for it. You don’t usually race a 400m flat like the hurdles but I got a gust up on the way home and I was working my arms but I don’t know what is really going on.

“I have not spoken to my coach about swapping events but I enjoy the 400m, the 400m hurdles and the relay as well,” he added. “This is unreal.”

In the women’s final 2017 world relay silver medallist Laviai Nielsen powered to 400m gold, retaining her title in a UK-leading time of 51.72. Jessica Turner was second in a PB of 52.57 and Yasmin Liverpool placed third with 53.21.

As expected, there was a convincing 400m hurdles win and first outdoor title for Jessie Knight, the British indoor 400m champion emerging victorious in a time of 55.80. Lina Nielsen joined her twin sister Laviai in medal success, securing silver in 56.99, while Hayley McLean clocked 57.79 for bronze.

In the men’s event there was an impressive PB for the 20-year-old emerging talent Alastair Chalmers. His time of 49.66 gained the gold, while world semi-finalist Chris McAlister claimed silver in 50.54. Efe Okoro – who also competed in the flat 400m – completed the podium with a time of 50.98.

Canada’s Loughborough-based Paralympic champion Brent Lakatos was the winner of the men’s 400m wheelchair race, clocking 50.22 ahead of Nathan Maguire (51.55) and Dillon Labrooy (55.17).