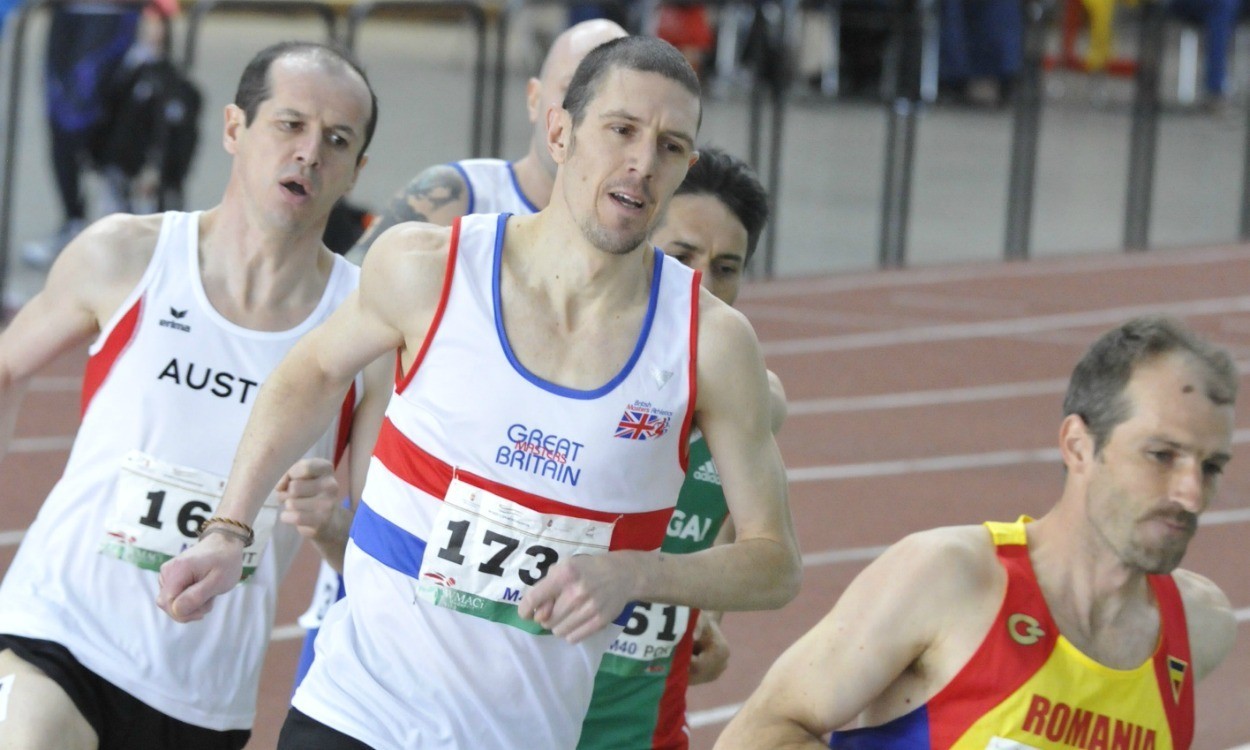 Great Britain’s masters had a highly successful third day at the World Championships in Budapest winning four gold medals in the 3000m and there was also a gold and world record for Steve Whyte in the weight.

Angie Copson, Clare Elms, Anthony Whiteman and James Thie all scored victory at the 15 lap event in a series of 3000m races that ran for well over 12 hours.

Copson, who had easily won the cross-country and claimed team gold, gained her third title of the Championships as she dominated the W65 event. She started fast and looked on course for a world record as she completed the first kilometre in 3:52. However, out on her own and with the 800m final the following day, she eased back after the record seemed beyond her at 2km in 7:59. At the finish she recorded 11:58.38 and won gold by 55 seconds from Spain’s Emi Vacquero.

The W50 race was dominated by British athletes as they took five of the first seven places. It featured a battle between the cross-country champion in Budapest and the world record holder at 3000m Fiona Matheson and Clare Elms, who has recently set world records at 800m and 1500m. The race started gently with 3:29 for the first kilometre before Matheson gradually began to pick the pace up taking 3:25 for the second. Matheson continued to accelerate but Elms sprinted past with just over a lap to go to win in 10:11.17 from the Scot’s 10:14.33. She too goes for gold in tomorrow’s 800m.

Next to strike gold on the track was Whiteman. The Shaftesbury Barnet athlete, who ran a world masters outdoor record at 800m in 1:48.22 and the mile in 3:58.72, was most worried about the 3000m despite boasting a PB for the distance of 7:43.61 which was set the year he finished fourth in the 1998 European Championships in Budapest in the big stadium adjacent to the indoor track.

Fabian Roncero set a testing pace and after a kilometre in 2:55, it was down to just him and Whiteman, who was shadowing him immediately behind. Through 2km in 5:56, the Spaniard then eased back, so much it appeared as if the long-legged Briton was almost jogging on the spot. With under 400m to go, Whiteman kicked with such ferocity that the Spaniard seemed to lose heart. He almost came to a halt over 20 seconds behind and finished fifth.

The winner covered his last 400m inside 58 seconds despite having jogged the first 50m and celebrating much of the last 100m.

The final British 3000m gold medal winner was Thie, who was also trying to do as little as possible with well under 24 hours to his 800m final.

Thie had a much harder race than Whiteman as the Italian Ivan di Mario, who won the cross-country gold, set a fast pace with a 2:45 opening kilometre with Thie in second and in a quartet.

The second kilometre didn’t ease much and the athlete who has a 7:56,22 PB from 2006 remained tucked in and biding his time. The Italian kept trying and put in surges but with a lap to go Thie shot past and pulled away during a 28 final circuit to win in 8:20.84 but he was chased home a second later by Sweden’s Fredrick Uhrbom.

Di Mario was third until the final bend, but he too seemed to give up and jogged in in fourth 10 seconds behind the winner.

Other silver medallists apart from Matheson were Pete Molloy and Ros Tabor, who added to their cross-country silver and team gold. M65 Molloy would have almost certainly won gold at the cross-country but for going off course and he seemed well out of it after a kilometre as he trailed the leading pair by seven seconds. He gradually closed though and caught them in the last kilometre but the Italian Dario Rappo proved to have the fastest finish. Molloy at least beat the German Winfried Schmidt, who had won gold at the cross-country into third. The Brit timed 10:30.39.

Tabor, who is 64 and in her last few months in the age group, was delighted with her silver medal though well beaten by world record holder Lidia Zentner of Germany.

Tabor ran a good tactical race, sprinting past American Coreen Steinbach on the last lap to take silver by six seconds in 12:14.76 and she also beat the cross-country champion Mirjam Tynkkynen, who had caught her just before the finish on Tuesday.

Pick of the field wins was M50 Steve Whyte who set a world record in the weight with a mark of 22.10m.

Ayamba Akim won the silver medal in the W40 high jump with 1.70m but was beaten to gold by Romanian Dana Panteliman’s world record of 1.80m.

» Image above by Tom Phillips, with further photos from the World Masters Championships available for viewing via @TomSprints on Twitter