From the AW archive: Beyer shocks Coe and Ovett in Prague 1978 800m 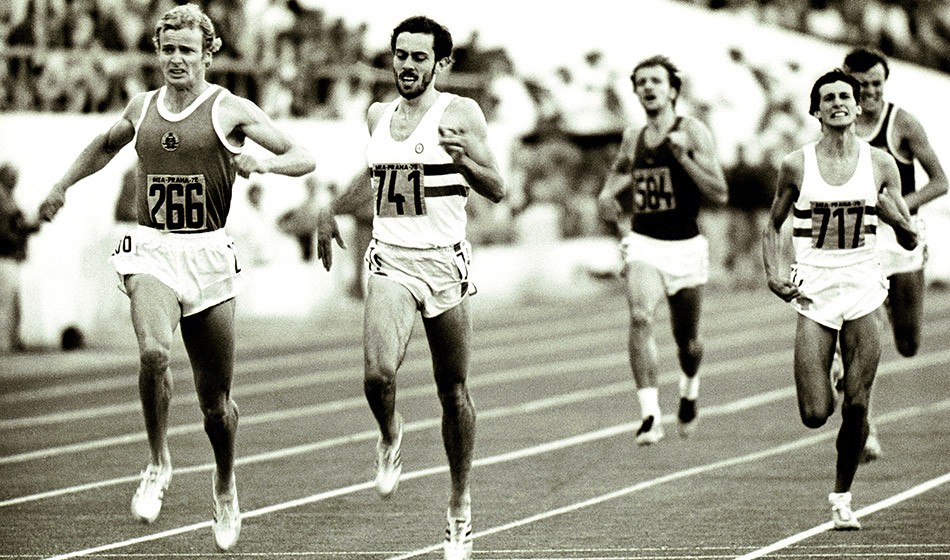 Continuing a series featuring AW content from years gone by, here is our magazine report of the men’s 800m final at the 1978 European Championships

Not for a long time had a confrontation been so excitedly awaited as the first-ever clash over 800 between Sebastian Coe, UK record holder with 1:44.3 – fastest in the world thus far in 1978 – and Steve Ovett (best of 1:45.4), silver medallist in the 1974 European and Britain’s undisputed number one at this event until Coe’s extraordinary emergence last year.

Here at last we would see what no meeting promoter had ever been able to arrange: a race between the front runner par excellence and the most feared kicker of them all; between the frail-looking Seb and the powerfully built Steve. Coe must have felt after his great run in Brussels that he could run the legs off Ovett, who in turn was confident he could match Coe’s pace and still have something left for the finish.

The two made such an impression in the qualifying rounds, just playing with the opposition, that one could be deluded into thinking that the final would be a private British duel with everyone else scraping for the bronze. That feeling was reinforced when Willi Wulbeck (the Olympic fourth-placer) failed to arrive in time for his heat and other potential dangers in Milovan Savic and Markku Taskinen failed to make the final.

It was fairly obvious that in the final Coe would blast away out in front, but few could have been fully prepared for the devilish tempo he was to set for even Seb himself admitted he got slightly carried away in the excitement of the occasion.

Entering the final straight Coe was just 1m up on Ovett and 3m ahead of Beyer, and within 30m Ovett had taken the lead for the first time. As Coe fell back, Steve must have thought the gold was his . . . but Beyer was not done yet. The East German, running in inspired fashion to put it mildly, came storming past Ovett (and when was the last time Steve was overtaken once he had started his run for home?) to snatch victory in the resounding time of 1:43.8 – an improvement of almost 2 sec over his previous best and only half a second outside Alberto Juantorena’s world record.

Ovett clipped 0.2 from Coe’s recent UK record of 1:44.3 to become national record holder in this event for the first time (only seven men in history have ever bettered his 1:44.1), while Coe hung on gamely for a 1:44.8 timing in third place. 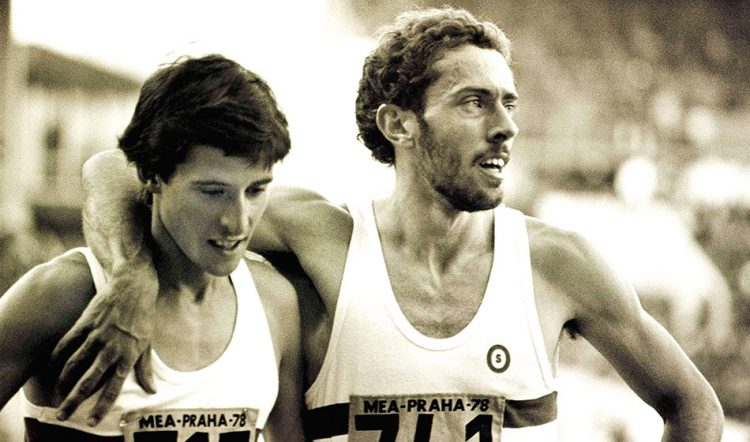 The shock of seeing the unconsidered Beyer moving through to victory had a devastating effect on British supporters, but nothing should be allowed to diminish one’s admiration for the performances by Ovett and Coe. They pulled out all the stops in one of the great 800m races of all time, and it took an unbelievable out-of-the-blue run by Beyer (to the amazement of East German observers too) to deprive them of top honours.

Beyer (21), a mathematics student at Potsdam University currently on military service, said: “I made up my mind before the start to fight for victory, but I would have been happy with any medal. But when I drew level with the two British runners in the finishing straight and felt quite strong I started to feel I could beat Ovett.”

One could argue that Coe’s 49.3 first lap was much too fast, and had he run the 50.5 which he had planned the result might have been different, but it was a daring attempt which could have succeeded – and I, for one, applaud Seb for trying. Next year, stronger and more experienced, he could be ready to take the world record.

Ovett, who relatively speaking ran a faster first lap compared to his norm than did Coe (around 50 sec whereas he has rarely run much quicker than 52), performed splendidly and now has a faster 800m time to his credit than Jim Ryun, Peter Snell, John Walker and Filbert Bayi.

A word of praise, too, for European junior champion Andreas Busse (19), who slipped to sixth after staying in contact with the leaders for 600m. Holder of the European junior record (1:45.5, off a 50.6 bell), we’ll be hearing a lot more of him.