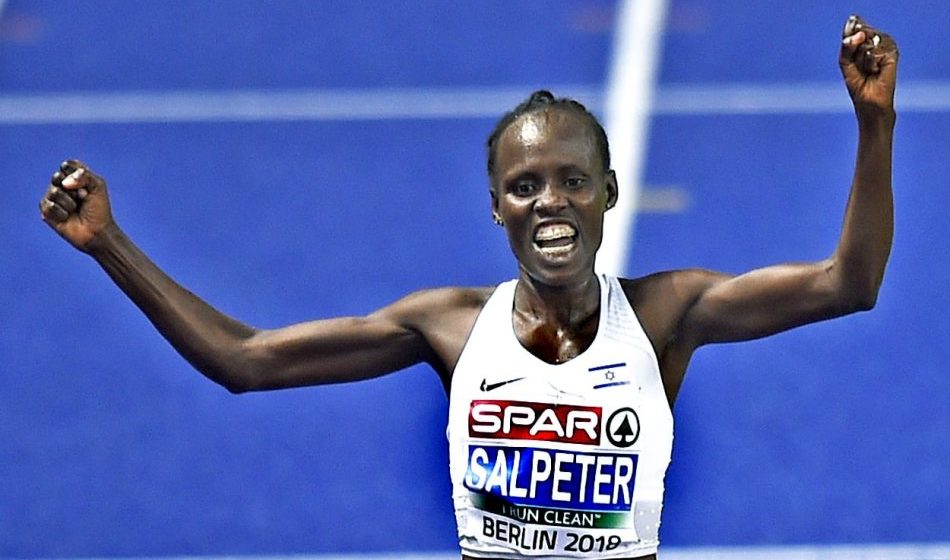 Birhanu Legese and Lonah Chemtai Salpeter won the elite-only Tokyo Marathon on Sunday as many fast times were set in an event which featured unprecedented depth.

Bashir Abdi broke his own Belgian record with 2:04:49 in second, while Legese’s fellow Ethiopian Sisay Lemma was third in 2:04:51.

In fourth, Suguru Osako improved his Japanese record with 2:05:29.

“This is such a wonderful feeling to come back to Tokyo as the reigning champion and to able to win it again,” said Legese. “The conditions where really good today. I think there were many fast times.

“Moments like these is why we work so hard all year long. It was very great for me to come back to Japan and to run this race that I love so much.”

Salpeter dominated the women’s race, breaking the Israeli record with a course best of 2:17:45 which moves her from 29th to sixth on the world all-time list.

Ethiopia’s Birhane Dibaba also finished inside the previous course record with 2:18:35 for second, while Ethiopia’s Asefa Kebede was third in 2:20:30.

Britain’s world 50km record-holder Aly Dixon was disappointed with her run which saw her clock 2:43:40 in 20th.

The marathon is a cruel, cruel b*tch. She doesn't care how many miles you've ran in training, how fast you've repped on the track, how good you've felt on tempos or what you've done in the past. If she decides that today is not your day she will chew you up and molecule by molecule spit you back out on to the road side. Pay her the respect she is due and she may go easy on you and let you have a good day but NOTHING is promised or guaranteed and that is why we love her and always come back for more knowing that one day we WILL tame her. . Today was not that day. . She chewed me up big style. But I didn't let her spit me out – not this time Mrs! I fought her as best as I could as there was no way I was wussing out and letting her win, NO WAY. Not when 37,000 others had been denied the opportunity to run. . There are no excuses, it just wasn't my day. I tried my god damn best and toughed it out. These things happen. I prepared well. I was focussed. I was ready. . It hurts. It hurts a LOT! . The rational side of me says I have nothing to prove to anyone, that I have achieved all there is to achieve in this sport – more than many people will ever do. But the competitor side of me says I wanted more today – at least 10 minutes more. . Right now my heart is broken into a million pieces and it is going to take time to heal and come to terms with the fact that this beautiful marathon journey I have been on for the last 10 years is coming to an end. . Hopefully I can finish on my terms but I'll have to see how the body, heart and mind recovers. . One bad run doesn't make you a bad runner. . Thank you 📸 @josharples

Last month organisers announced that the mass race would be cancelled because of the coronavirus outbreak and that only the elite action would take place. If they were attempting to prevent a large gathering of people, however, it did not go completely to plan because large crowds of spectators still came out to watch.