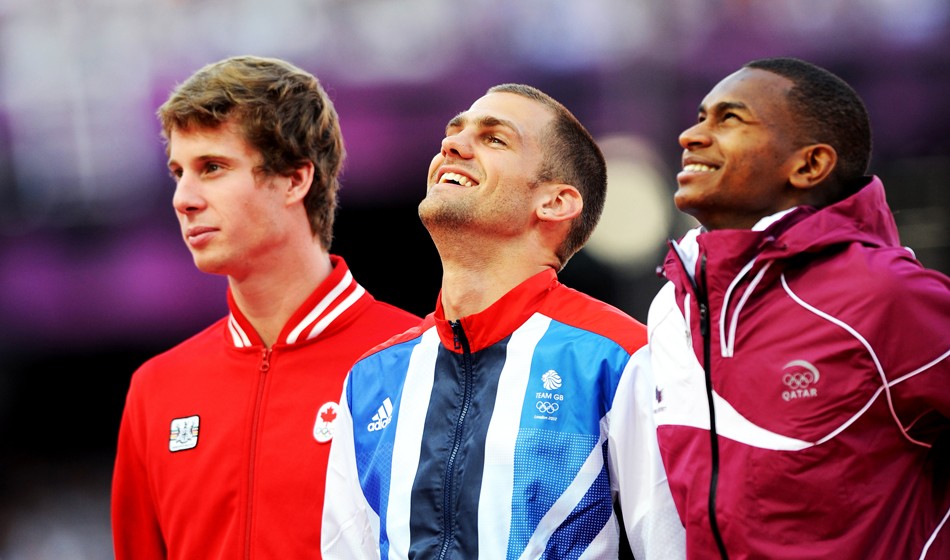 London 2012 high jump medals are reallocated after the DQ of Russian Ivan Ukhov, while Greg Rutherford finds success in a new sport and a sprinting centenarian goes viral online

This follows the disqualification of Ivan Ukhov, who was one of 12 Russians to received a ban in 2019 for breaking anti-doping rules.

“Grabarz’s deserved bronze” read the headline in AW’s coverage from the 2012 Games. Our report continued: “Robbie Grabarz enjoyed a fairytale ending to cap off a breakthrough season, finishing third on his Olympic debut with 2.29m.

“It was the most crowded podium at an Olympics since Hollis Conway (United States), Tim Forsyth (Australia) and Arthur Partyka (Poland) tied for bronze in the high jump at the 1992 Games in Barcelona.” 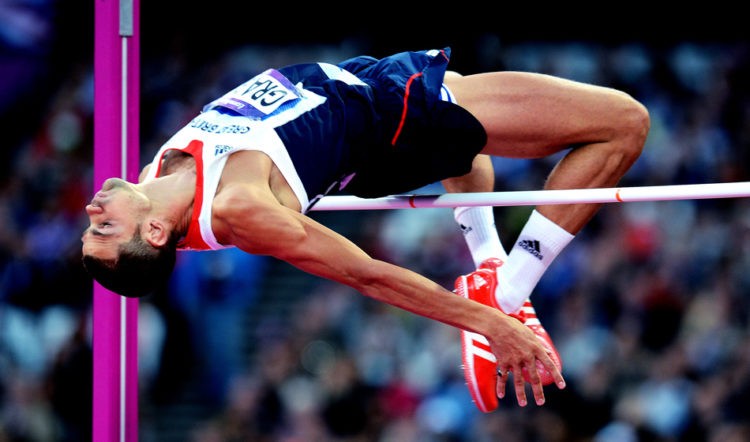 Following Ukhov’s DQ, though, it means Grabarz is now an Olympic silver medallist.

Ukhov had earned a reputation going into the Games after having competed while drunk at a meeting in Lausanne four years earlier. He also had a habit in London of taking off his vest after every successful jump, but before his winning 2.38m leap at the Games he couldn’t find it and instead had to borrow one from team-mate Andrey Silnov.

“Mysteriously it vanished. I placed it on my bag and it went missing. None of my friends seem to have taken it,” he explained.

As the years have passed, it turns out it wasn’t the only mystery. The competition in August 2012 was interrupted by rain halfway through, but the proverbial skies became far stormier when Ukhov was eventually suspended from the sport.

“To be honest I was slightly miffed, because I should have jumped higher than that and got a better medal,” said Grabarz at the 2012 Games.

Yet little did he know what would unfold in the coming years.

Another British star of London 2012, the long jump gold medallist Greg Rutherford, looks like his switch to bobsled is going brilliantly.

“I’m now a bobsled athlete!” he said, after completing his first run in a bobsleigh in Austria ahead of the Winter Olympics in Beijing in February.

Rutherford was named in the GB four-man team in September after making the sporting switch in a bid to become the first British Olympian to win a medal at both a summer and winter Games.

The 34-year-old, who had previously tried to become a track cyclist following the end of his athletics career, has a great record in Beijing, too, as he won the world long jump title there in 2015.

If you think masters athletics has been left behind in the internet era, think again. The amazing exploits of leading veteran athletes are always hugely popular on social media. The latest, of course, is the incredible tale of Julia ‘Hurricane’ Hawkins who, aged 105, ran 100 metres in 62 seconds.

Such was the reaction to her sprint performance in Louisiana, Hawkins has almost enjoyed as many clicks and retweets as Wrinkle, the duck who waddled its way along the New York City Marathon course this month.

Incredibly, two of her former students, aged 90 & 89, watched her set the record. pic.twitter.com/okIHomy4l8

“I want to keep running as long as I can,” says Hawkins. “My message to others is that you have to stay active if you want to be healthy and happy as you age.

“Every time I race it’s a magic moment.”