Quest for gender equality in athletics 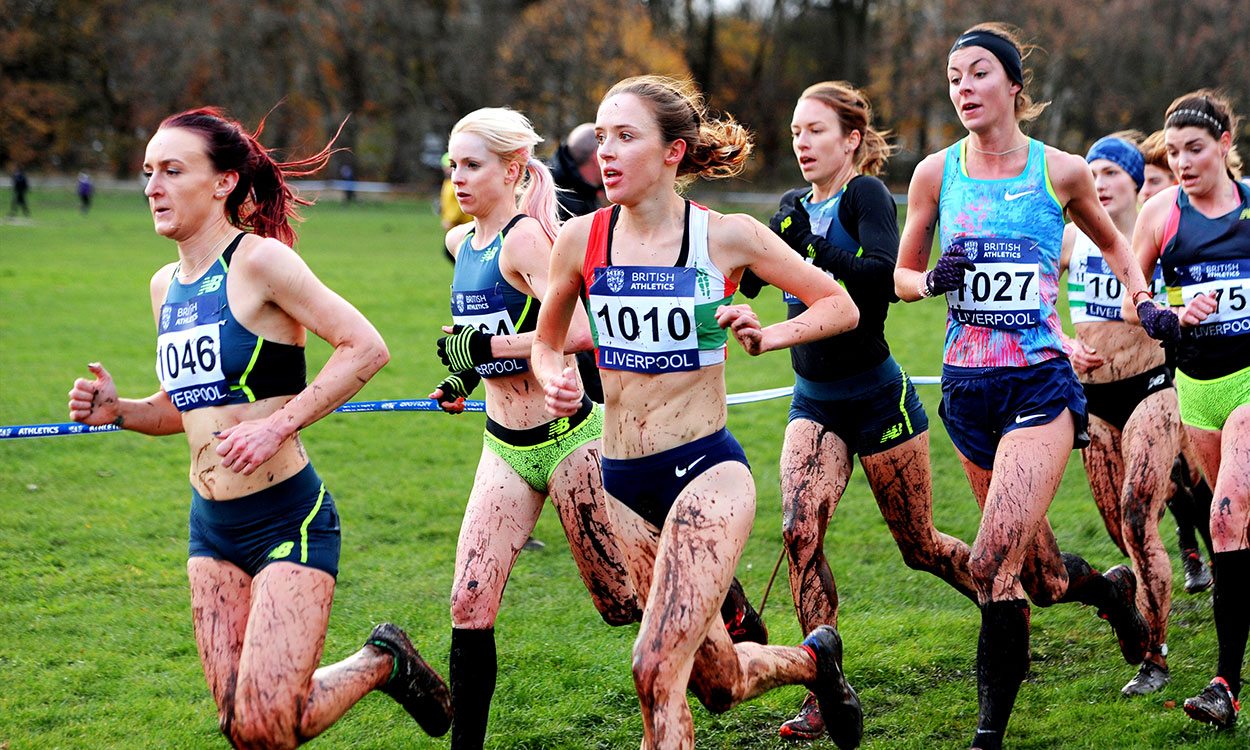 In the days of the ancient Olympics, married women were punished with a penalty of death if they so much as watched the Games. In the quest for gender equality in athletics much has improved in the past two-and-a-half thousand years. Yet many feel there is still some way to go and debate continues to rage on the issue of equalising racing distances in cross country.

The ancient Greeks did, however, stage a sporting festival for females. The Heraean Games honoured the goddess Hera and involved young, unmarried women.

Despite this, many years later when the Olympics were revived with the modern Games in Paris in 1896, women were not allowed to compete. Their participation in sport was deemed ‘unseemly’ and Pierre de Coubertin, founder of the International Olympic Committee, viewed women’s sport as “impractical, uninteresting, unaesthetic and incorrect”.

In Britain, the Women’s Amateur Athletics Association was born in 1922 and women were belatedly included in the Olympic athletics programme in 1928 – albeit in a paltry five events (100m, 800m, 4x100m, high jump, discus).

Harold Abrahams, the 1924 Olympic 100m champion of Chariots of Fire fame who went on to be one of the most prominent British athletics officials of the century, said: “I do not consider that women are built for really violent exercise of the kind that is the essence of competition. One has only to see them practising to realise how awkward they are on the running track.”

Ironically, many of the men’s world records when Abrahams was at his peak have since been beaten by women. Abrahams, for example, won his Olympic title with 10.6 – a time slower than the current women’s world record – whereas the men’s marathon record in the 1920s hovered around the 2:30 mark.

Some of the early opposition to female participation in athletics was caused by the 1928 Olympic 800m final, where press reports said the women looked “distressed” at the finish. The event was scrapped and not reintroduced until 1960, although there is a view that the women in 1928 were merely showing the kind of normal fatigue that men show at the end of a two-lap race.

The tide slowly turned as Abrahams and others softened their stance on women’s athletics. This was partly due to Fanny Blankers-Koen’s feats at the 1948 Olympics where the “flying housewife” and mother of two won four gold medals.

The domination of men in athletics was reflected in books at the time. Various esteemed publications on the history of the sport in the 1960s had chapters on sprints, hurdles, endurance running, jumps, throws and race walks followed by a token chapter at the end entitled ‘women’s athletics’.

Even AW carried a slightly patronising-sounding column called ‘with the ladies’, although it was at least regular and a large percentage of the early front covers of the magazine featured female athletes. 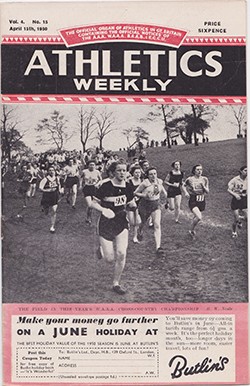 In the world of cross-country running, the first English National for men was in 1876 with the women finally getting their own National in 1927. Historically, females have run shorter courses than men, but it has never been an issue until recent years. In fact most of the debates surrounding the National have circulated on its place in the cross-country calendar in relation to the World Cross and selection.

The English National races for men and women were staged at separate venues until 1995 when they were held together for the first time. This followed the ‘marriage’ of the WAAA and AAA four years earlier and it saw the English Cross Country Union for men and the Women’s Cross Country & Road Running Association merging to create the current English Cross Country Association. Some female officials from that period are still involved today, too, such as Rita Brownlie, the president of the ECCA during 2019-20.

At that first joint National in Luton in 1995 the senior women ran about 6km and the men’s 15km. But in 1998 the women’s distance increased to 8km – and was won by Mara Yamauchi – to fall in line with changes made in the World Cross. In 1999, the men’s distance was then reduced to 12km.

A similar thing has happened recently with the Inter-Counties, which has created 10km equal distances for men and women partly because it is a trial for the World Cross, which has had 10km for both sexes since 2017.

At global level women have run shorter distances on the country historically. When Zola Budd won her second world title in 1986, for example, she raced over just 4.65km – less than half of the 12km that the men ran.

“The number of those taking part in the senior women’s and senior men’s races have, depending on the venue, rocketed,” says ECCA secretary Ian Byett, “with record numbers of 2328 (men) and 1113 (women) finishing at Parliament Hill, London in 2018.

“Since the first joint event in 1995 when 510 senior women completed the 6km, the entry and number of finishers has doubled, while a total of 3899 runners across all the races now has regularly 5000-plus at venues up and down the country.”

In the past 25 years events like triple jump, pole vault, hammer and 3000m steeplechase have made their Olympic debut for women. Yet there remain a number of inequalities such as the height of hurdles, weight of throwing implements and in combined events too.

However, running distances have almost reached an equilibrium with cross-country seemingly the last bastion when it comes to gender equality.

What would the ancient Greeks make of it all?

1900   For the first time, women take part in the Olympics but only 22 out of 997 competitors and not in athletics.

1928   Women make their competitive debut at the Olympics in athletics.

1967   Kathrine Switzer is the first woman to run the Boston Marathon as an officially registered athlete.

1973   Paolo Cacchi of Italy beats England’s Joyce Smith to the inaugural women’s World Cross title on a course of 3990m.

1998   Sonia O’Sullivan wins the 4km and 8km races at the World Cross, although the short and long-course format was scrapped in 2007.

1996   Triple jump for women added to the Olympic programme.

2000   Pole vault and hammer make their Olympic debuts for women.

2016   A new Olympic participation record for women with 45% of competitors female.

2017   The 50km race walk for women is added to the programme at the World Championships in London.