World Half Marathon Championships postponed due to coronavirus 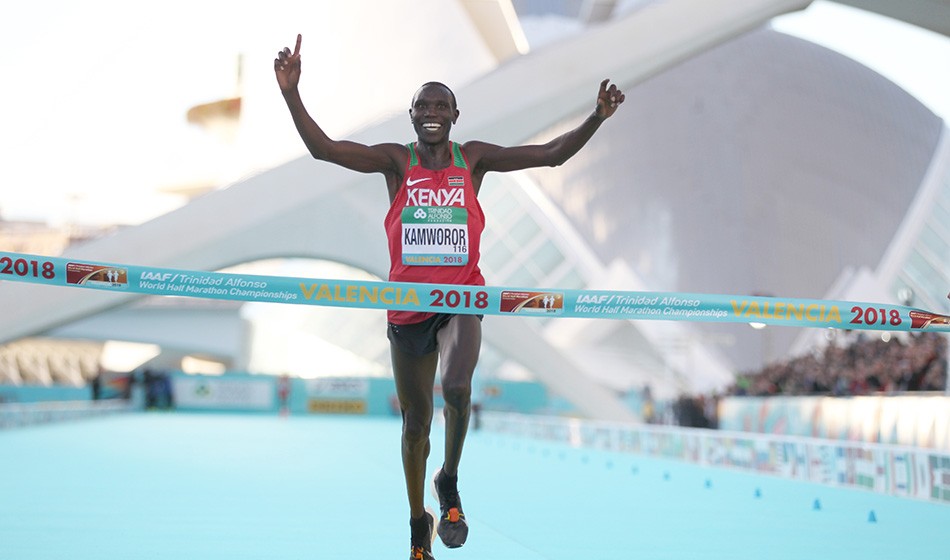 The World Half Marathon Championships has become the latest event to be affected by the coronavirus outbreak, with World Athletics announcing that the races in Gdynia, Poland, will be postponed until October.

The event had been due to take place on March 29, with Kenya’s three-time defending champion and world record-holder Geoffrey Kamworor (pictured) and Uganda’s world 5km record-holder Joshua Cheptegei having been among those set to race.

National half-marathon champions Chris Thompson and Lily Partridge had also been among those selected for the GB team.

“It is with regret that we have agreed with the Mayor of Gdynia and the organisers of the World Athletics Half Marathon Championships Gdynia 2020 (29 March) to postpone this event until October this year, due to the ongoing uncertainty created by the spread of new Coronavirus internationally,” said World Athletics.

“This week we have worked with the Local Organising Committee to identify an appropriate alternative date for both the host city and for the elite competitors and we have agreed on 17 October this year.”

The coronavirus continues to create much uncertainty in the athletics calendar and this week the European Masters Indoor Championships, which had been due to take place in Braga in Portugal from March 15-22, has been postponed, while the ACEA Run Rome The Marathon, which had been set for March 29, has been cancelled and the Paris half-marathon and marathon events have been moved to later this year.

The FISU World University Cross Country Championships, scheduled for March 7 in Morocco, has also been postponed.

Earlier this week bookmakers had shortened odds on the Tokyo Olympics not being held to 4/6, making a cancellation odds-on.

With the exception of during the two world wars, the modern Olympics have never been cancelled since they began in 1896.

IOC member Dick Pound said: “You’re probably looking at a cancellation. You just don’t postpone something on the size and scale of the Olympics. There’s so many moving parts, so many countries and different seasons, and competitive seasons, and television seasons. You can’t just say, we’ll do it in October.”