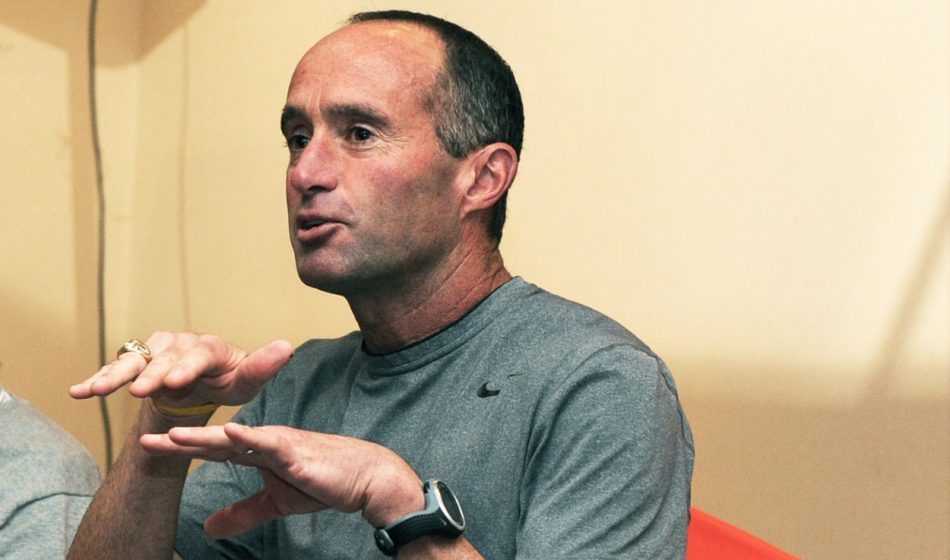 In September 2015, UKA said it had found “no reason to be concerned” about the engagement of British athletes and coaches with the Oregon Project, despite doping allegations having been made against Salazar (pictured above).

But the US Anti-Doping Agency (USADA) announced last month that Salazar and Dr Jeffrey Brown had been banned for four years for “multiple anti-doping rule violations”.

Both Salazar and Brown are appealing their bans, with the hearings unlikely to take place before March.

Salazar coached a number of top athletes at the Oregon Project, including Britain’s Mo Farah.

The American coach has denied any wrongdoing, while there is no suggestion that Farah has violated any rules.

UKA performance director Neil Black stepped down in October following criticism of the governing body and Black for using Salazar as an advisor and allowing Farah to work with him.

“UKA acknowledges the seriousness of the decision by USADA,” reads a UKA statement in part. “It has now commissioned the Independent Review to review the processes under which the issues concerning the NOP were investigated in 2015 and 2017 and the subsequent related decisions made by the UKA Board at those respective times. The Independent Review will also set out any recommendations to assist UKA ensure its future governance and assurance framework is robust.”

UKA added that the review will be undertaken by John Mehrzad – a sports law barrister and sub-3hr marathon runner with Mornington Chasers.

According to the UKA statement, the independent review will address the following:

A. UKA commissioned a review of the issues raised by the BBC Panorama programme ‘Catch me if you can’, broadcast in June 2015:
1) Were the terms of reference for that review reasonable given the nature of the allegations?
2) Were that review’s findings and conclusions presented in a reasonable way to enable the UKA Board to make informed decisions?
3) Were the subsequent decisions and recommendations made by the UKA Board reasonable with regard to the evidence available at the time?

B. Did the UKA Board give reasonable consideration to the ‘Fancy Bears’ leaking of the draft USADA report in 2017? Were the subsequent actions of the UKA Board reasonable with regard to the evidence available at the time?

C. Did UKA seek advice from UK Sport, UKAD and USADA in relation to the above issues in 2015 and 2017 respectively and, if so, did any of those bodies provide any formal response or guidance to the UKA in either 2015 or 2017?

D. Were the recommendations in the 2015 review reasonably actioned, tracked and documented by UKA in a manner which minimised future risk?

E. What lessons can be learnt from the above matters that can assist with the future governance of UKA?

“There has been much written about what the Oregon Project review looked into, found or concluded in 2015, and I therefore welcome this review as an opportunity to establish the full facts and for those facts to be published for all to see,” said Sarah Rowell, chair of the UKA performance oversight committee and of the governing body’s 2015 Oregon Project review.

UKA chair Chris Clark said: “The UKA Board recognises the seriousness of the USADA decision released at the start of October. It has unanimously agreed that an independent review should now be carried out with the aim that findings and recommendations are published in or around spring 2020.

“Our staff, athletes and coaches show immense dedication to this sport and are proud to be associated with British Athletics. We need to ensure we have a clear way forward that gives us confidence in the integrity of our coaching efforts.

“If there are lessons to be learnt, we plan to implement any recommendations into a future focused, transparent and accountable way of working.”