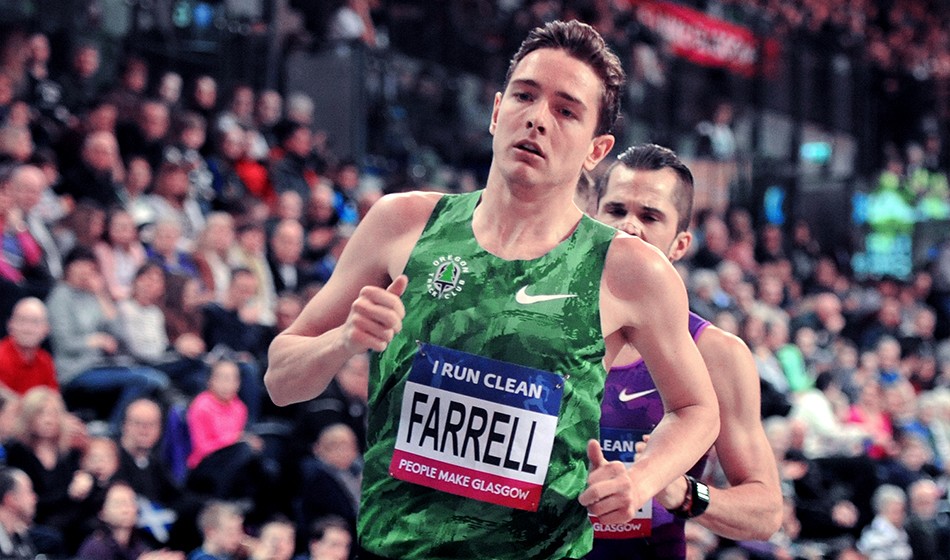 While many might mark the countdown to Christmas by enjoying a chocolate or festive picture a day from an advent calendar, Tom Farrell has ticked off the days with an impressive charity running challenge.

Starting with one mile on December 1, the US-based British Olympian added a mile a day through to Christmas Eve, resulting in a total of 300 miles covered in 24 days, including a final 147-mile week.

“I have decided to do a crazy advent challenge in the lead up to Christmas,” Farrell wrote on his fundraising page.

“2020 has been a tough year for many and I think it is a great opportunity to raise awareness and money for a mental health charity. Campaign Against Living Miserably (CALM) is the charity I have chosen.

“Exercise and challenges can be a way to help mental health, or even just clear your head.”

On the track, Farrell competed for Great Britain in the 5000m at the 2016 Olympic Games and 2015 world championships, while the furthest he has ever raced is 10km on the road.

Sharing daily updates on his RunVent challenge, Farrell covered his first mile in Eugene, Oregon – where he is based with the Oregon Track Club Elite – in six minutes and six seconds. A few days of his challenge were spent running in a warmer and sunnier California, before he moved on to logging his miles around a golf course and then returned to Eugene.

The halfway mark in terms of mileage was achieved on day 17, when he ran alongside the Dorena Reservoir.

Day 20 was labelled “the day it dawned on me”, while day 23 was “the day it actually hurt…a lot”, made even harder by a tight IT band.

“I think generally the challenge went better than I thought it was going to,” Farrell reflected in a video posted after his final 24-mile run, which he completed in 2:42:28. “I thought I would struggle from 16 or 17 miles onwards and in reality it was every day after 20 where I felt it more.

“Today I didn’t know what was going to happen. Thankfully the legs held up. My IT band is still really tight but it didn’t lock up, which is nice. I ended with some quick miles, I got down into the 6:30s for the last few miles, so I am really happy with that average after the way I felt yesterday.

“Thank you for all of the messages of support. They really have meant a lot. I hope my challenge has taken a tiny part of what is really going on in the world away from your thoughts while you could be thinking about how crazy I am or if I am okay.

“I think I might have to make it an annual challenge. Now, whether that means I am going to run in miles next year, I don’t know!”