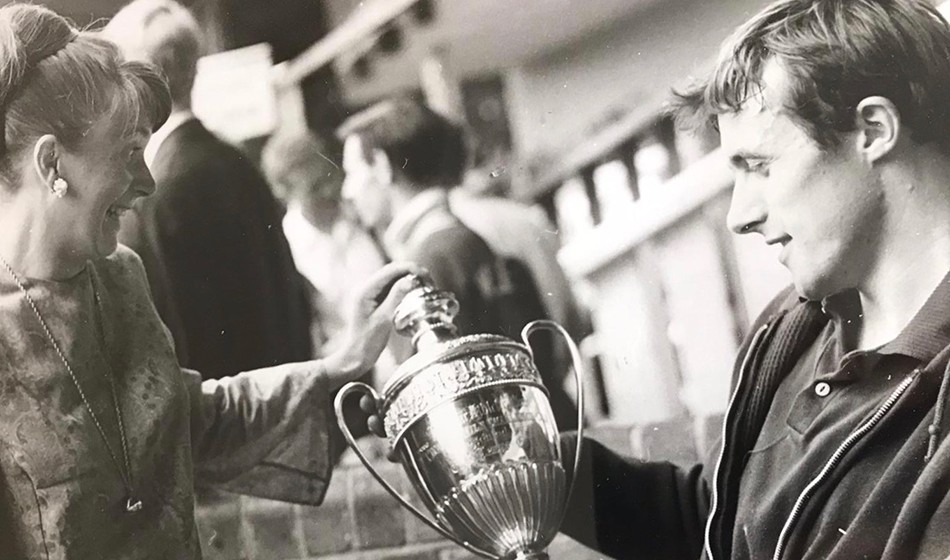 David Green celebrates the life and athletics achievements of his father

Southend AC stalwart Andy Green died peacefully at home on April 18, having suffered a heart attack. He was 77 years old. He leaves behind his beloved wife Mary, two sons David and Michael and five grandchildren.

Andy loved athletics throughout his life. It proved to be a big part of it in many ways. He met Mary (née Tagg) – who would go on to compete in the 400m at the 1968 Olympics – at the English Schools Championships and again at the National training camp at Lilleshall.

Over the years romance blossomed despite them living miles apart, Andy in Manchester and Mary in Norfolk. They were married in August 1965, living all of their married life in Southend.

Andy’s early athletics outings took place in Manchester where he ran for his local club, Salford Harriers. His dad coached him and he competed with varying degrees of success as he went through the ranks. During the winter Andy and his dad would often use their Lambretta headlights as floodlights at the D-shaped track at Boggart Hole Clough.

In 1961 he came second in the National junior 880 yards at Enfield. A feat even more remarkable given Andy and his father rode their 125cc motorbikes on the day of the race from Manchester, competed and rode home. Talk about tough of the track.

Andy ran his first sub-four-minute mile on August 25, 1964, in Blackburn. It was the first sub-four mile in the north of England. He won in 3:59.2, beating the 1957 mile world record-holder Derek Ibbotson.

Andy went on to run his fastest mile on July 5 the following year, at the famous White City. In front of a packed stadium he finished fourth in 3:57.70, only one second behind the winner and beating the double Olympic champion Peter Snell. All eight runners in the race went below the magic four-minute mark.

In 1967 at the age of 25 he won the AAA mile title in a championship record time of 4:00.6. With 300m to go, Andy was in last place. He hit the front with yards to go having run a 56-second last lap. This record still stands despite a centenary mile being held in 1980 with Steve Ovett and John Walker in the field.

In 1970, running took a back seat. He focused on raising his family, his teaching career and playing the guitar in many semi-professional bands.

During this break, Andy and Mary found time to become founding members of Castle Point Joggers. They would take the group through a warm-up routine, a short run and a longer run for the more capable. In those days running was nowhere near the mass participation sport it is now. Drivers of cars would regularly wind their windows down and shout “get your knees up”.

Both Andy and Mary ran in the Sunday Times National Fun Run on several occasions. The huge event for jogging clubs attracted several thousand runners, split into age groups, and it goes without saying that they both finished at the sharp end of their races.

Andy donned his spikes again when he returned to compete as a veteran. In 1983 he finished second in the 800m and 1500m national championships, running 1:58.3 and 4:12.8 respectively. He also won the Essex vets 1500m champs three years in a row, returning again after a break from competing to win the M5o 1500m title. 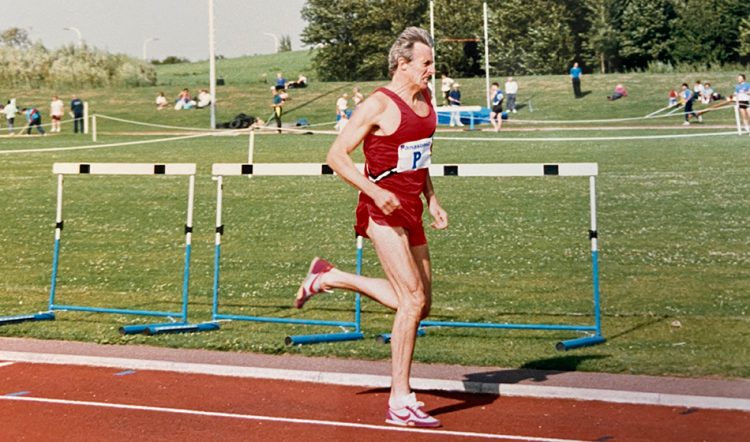 Andy and Mary took over the running of the Southend 5 mile race which became the extremely successful 10km event. This involved a tremendous amount of work from a collective of club stalwarts. My brother and I spent many hours stuffing envelopes with race numbers.

Andy and Mary supported both my brother and I in our modest sporting endeavours like we were champions. If they could be there they would be in full voice shouting encouraging words from the sidelines.

Andy’s love for running and support for Southend AC continued right up until the end of his life. We saw Adam Hickey win the 2020 Essex Champs. We also watched in wonder his amazing shoeless run in the National cross country on YouTube. It was one of the bravest runs my dad said he had ever seen.

Just a few weeks ago Andy took himself off to the local field and did a fartlek session. Maybe he was planning an over-80 comeback.