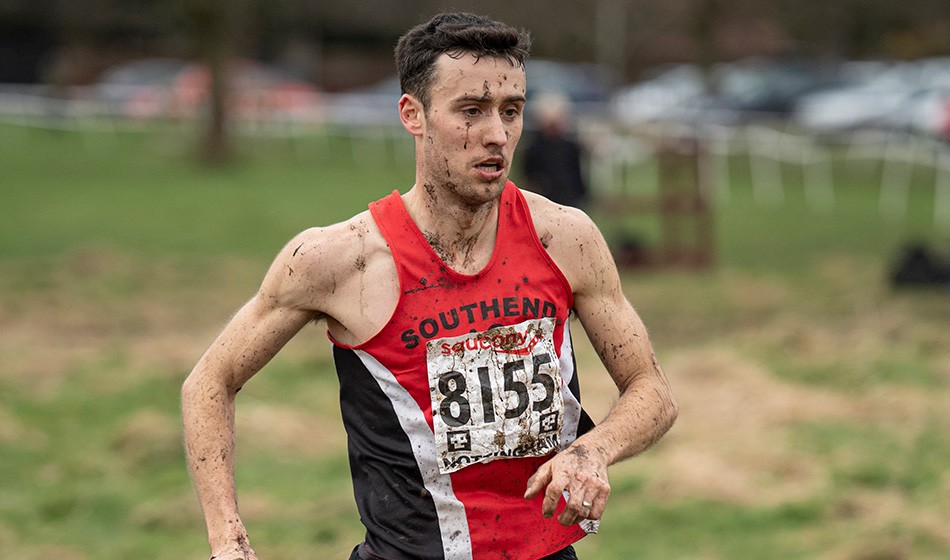 With the recent English National Cross Country Championships staged on unusually boggy ground, there were always going to be athletes whose shoes were sucked off in the mud, but Adam Hickey’s experience at Wollaton Park takes some beating.

The 31-year-old’s heel was clipped just as the senior men’s race was starting last month and, as soon as he hit the first patch of mud, his shoe came off completely.

Being the National champion from 2018, though, he was determined to carry on racing and after a lap-and-a-half of the course some fellow runners retrieved his footwear and passed it back to him. He stopped to put it on, fading to about 30th place in the process, before rejoining the race to surge up to fourth place as Calum Johnson took gold.

“As the gun went I felt someone on my heel straight away and as soon as I stepped forward I knew it was coming off,” he told AW.

“I had a split-second decision over whether to stop there and then and risk getting ploughed into by the guys behind and to try to put it back on but then end up at the back of the field or to see what happened by keeping on running and then to see if it would stay on or how I might run if it came off.

“It stayed on for a short time until we went through the first bit of mud and then it was gone.”

Hickey began shouting to people at the side of the course that he’d lost his shoe and, after a while, someone found it and handed it to him.

“One of the guys came charging over to me and he’d already untied the laces and it was ready to go. I had to think about where to put it on and I was coming up to a bench and I thought ‘perfect’ and I put it on and even did a double knot. My wife couldn’t believe how calm I was.”

Just going to leave this here…………🙈

He continued: “I’m not bad under pressure. With my work in the fire service at Southend Airport we’re used to dealing with pressure. I rationally thought about what I needed to do and I knew that if I didn’t get the shoe then I probably couldn’t have risked running on, so if I hadn’t got the shoe back then I might have dropped out.”

Hickey added that the support from fellow runners really kept him going and typified the “true spirit of cross country”. He also went out of his way to praise the winner, Johnson.

It was reminiscent of Dave Moorcroft’s run at the 1981 National at Parliament Hill when he missed the start after mishearing an announcement and began at the back of the field before overtaking most of the giant field.

Hickey’s big goal is the Virgin Money London Marathon in April, where he is one of the contenders for an Olympic spot. But he said that race was not on his mind at Wollaton Park. His racing instincts took over and he just wanted to finish the National in as high a position as possible.

Speaking to AW after that race weekend, when he had started his day with a 24-mile long run and then done a long day’s work until 9pm, he joked: “It turns out the course was designed for two shoes, with muddy sections and tree roots and all sorts.

“My next big cross-country race is the Inter-Counties and I’m planning to get a friend to stand behind me on the start line to make sure it doesn’t happen again.”

His coach and former London Marathon winner Eamonn Martin was not there to see the race unfold but Hickey says: “I’m not sure what he would have said. He does say that the things that happen to me never happened to him!”

The double British indoor champion making his mark in 2022 ⚡️