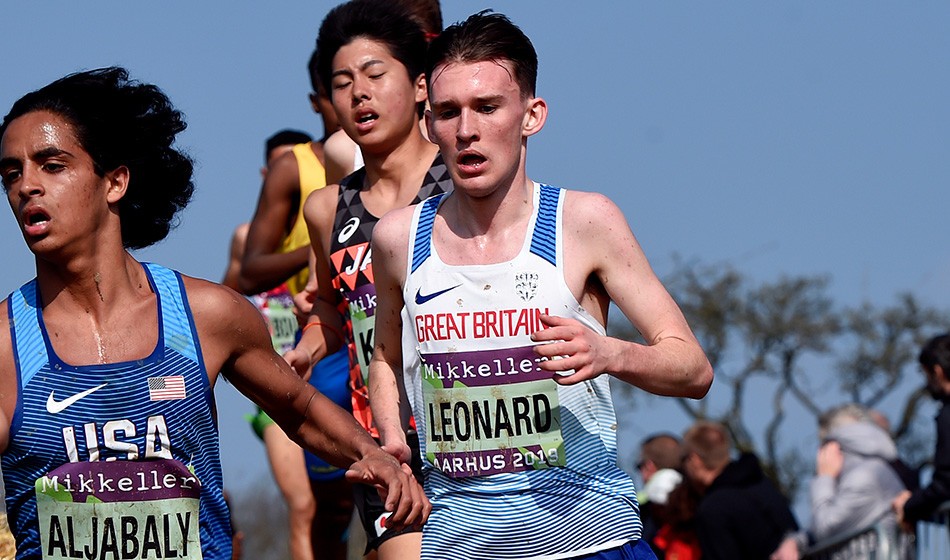 Athletics is a family affair for Rory Leonard and after racing for Great Britain at the World Cross Country Championships in Aarhus, the English National under-20 champion now hopes to follow in his father’s fast footsteps over the summer.

The 18-year-old has made great strides under the guidance of his coach and dad Tony, himself a former British international, while he also benefits from the support and advice of his mum Sharon, who won English Schools and National cross-country medals as an under-20.

Both parents honed their running at the University of Arkansas, which is where Leonard junior will also be heading in August once he completes his A-Level studies in business and sociology.

“I’m drawing off a wealth of knowledge,” Rory says of his parents’ influence. “There’s so much experience between the both of them.

“It was pretty meteoric the way that I went from nowhere to running at a good standard. I credit my dad 100% for that.”

Tony’s top times include 13:35 for 5km and 28:08 for 10km on the roads and Rory reveals how a written record of his father’s achievements has provided some specific aims for the summer season.

“His times are in a book from one of the old coaches at Arkansas – he tries to keep that reasonably secret as he doesn’t want me to chase him down too early! But I know his times and I’m going to get those knocked off hopefully as quickly as possible, so I can get the bragging rights!”

Yesterday, I got the chance to prove where I’m at. National U20 champ 🍾

Rory switched football for running in 2015 and last year achieved a breakthrough under-17 Inter-Counties cross-country win before a summer which included a ninth-place finish in the 3000m at the European Under-18 Championships in Gyor.

After being disappointed which his performance at the European Cross in Tilburg in December, Leonard bounced back to win the Northern title at Pontefract before storming to English National success in Leeds and then securing silver at the Inter-Counties and World Cross trials in Loughborough, despite almost losing a shoe.

At the global event in Denmark, Rory placed 37th in the under-20 men’s 8km – finishing as the fourth European athlete and second British runner.

“It was the hardest race of my life but easily the best,” he told AW in Aarhus. “That was so satisfying because I’ve been unlucky in GB vests twice now. The first time I didn’t run well, the second time I had shoe issues.”