Nike unveils Alphafly NEXT% and Viperfly, and they are legal 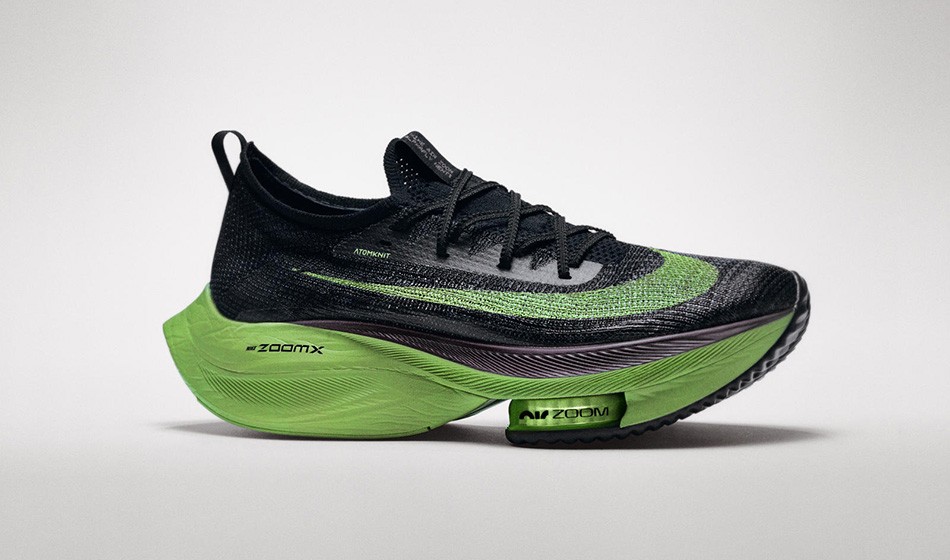 Shoe guru Paul Freary reports on the latest Nike footwear announcements, from the Alphafly NEXT% running shoes to the Viperfly spikes

After breaking the two-hour barrier for the marathon last year in his prototype shoes, Eliud Kipchoge set tongues wagging not just with his incredible time but his futuristic looking footwear.

The story of his shoes caused as much interest and controversy as the 1:59, so much so that it led to World Athletics amending their rules surrounding footwear.

In an announcement last week, the new rules for elites stated that prototypes would be banned and any new footwear should be on sale for four months prior to competition.

The rules also stated that footwear for road running should have a maximum stack height (the thickness of the sole and insole of a shoe) of 40mm and may only contain a single plate. The plate in the case of Kipchoge’s shoes being made of a carbon fibre material.

So today in New York at their Olympic Summit, it was with great global interest that Nike officially announced what the athletics community has been waiting for – the release of the Alphafly NEXT%. 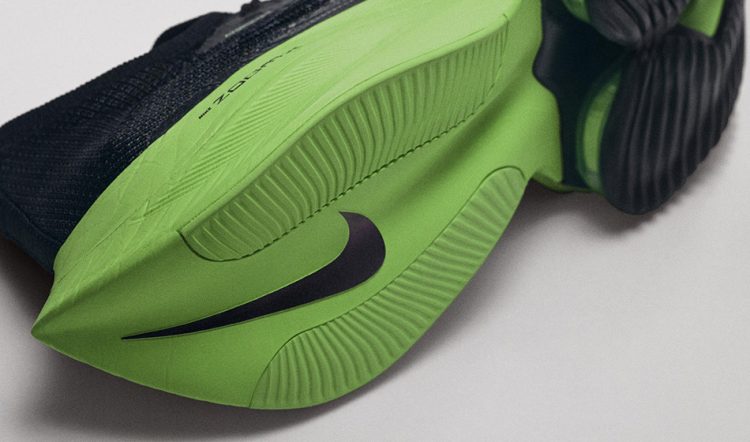 With a single carbon plate and a stack height of 40mm (although Nike didn’t provide an exact measurement) the Alphafly will remain legal according to the rules and should be on sale before the end of April.

The design is as expected and matches the many leaked images that have appeared online in the last few weeks.

The shoe has an increased volume of the ZoomX foam, a redesigned carbon plate, the Nike Flyplate and twin Nike Air Zoom pods in the forefoot to improve cushioning and running economy. 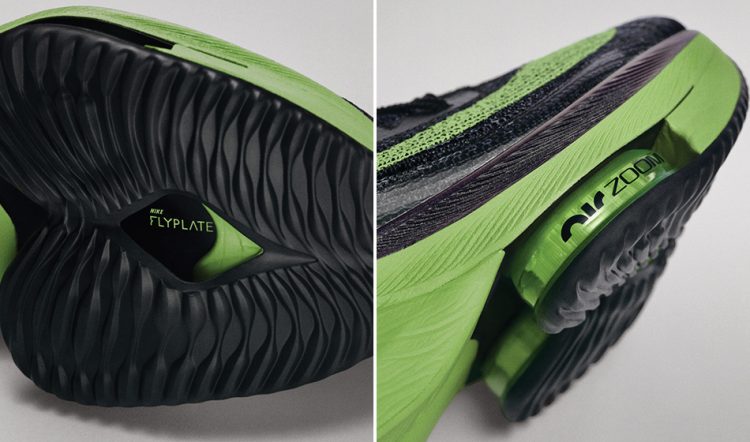 A new, ultra-light and highly breathable upper helps keep the weight down and improve comfort in hot conditions.

While the Vaporfly was largely expected, what may be of even more interest could be the brand’s new sprint and distance spikes. 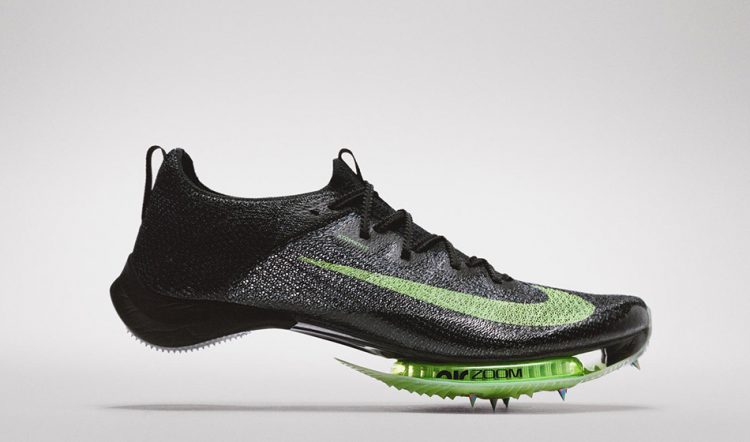 The Nike Air Zoom Viperfly (above) is designed specifically for the 100m and features a carbon plate and forefoot Nike Air Zoom unit. The Atomknit upper is a new version of Nike Flyknit and is designed to maximise heel lockdown for a secure fit.

The Nike Air Zoom Victory (below) is a designed for anything from 800m to 10,000m on the track. Inspired by the Nike Alphafly NEXT% it utilises Nike ZoomX foam, a carbon fibre plate and Nike Air Zoom technology. The ZoomX foam provides cushioning while the Air Zoom unit is sandwiched between the carbon plate and spike plate. 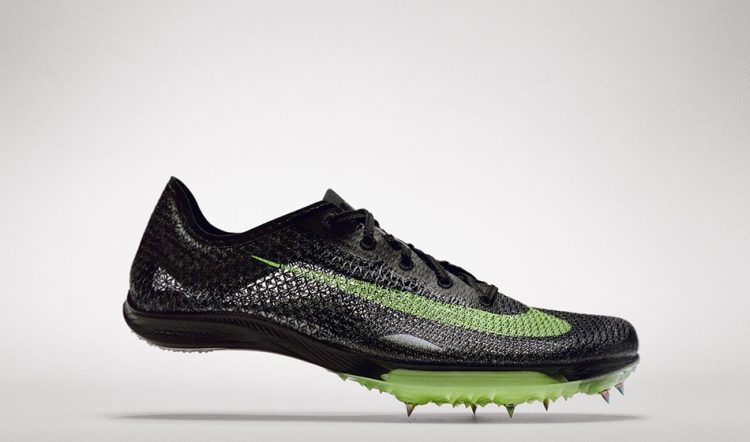 Questions may be asked with regards the use of the two plates in these spikes, but they stay within the new rules as in the case of track spikes a shoe can have the same carbon plate as road shoes as well as additional plate for the function of attaching spikes to the sole.