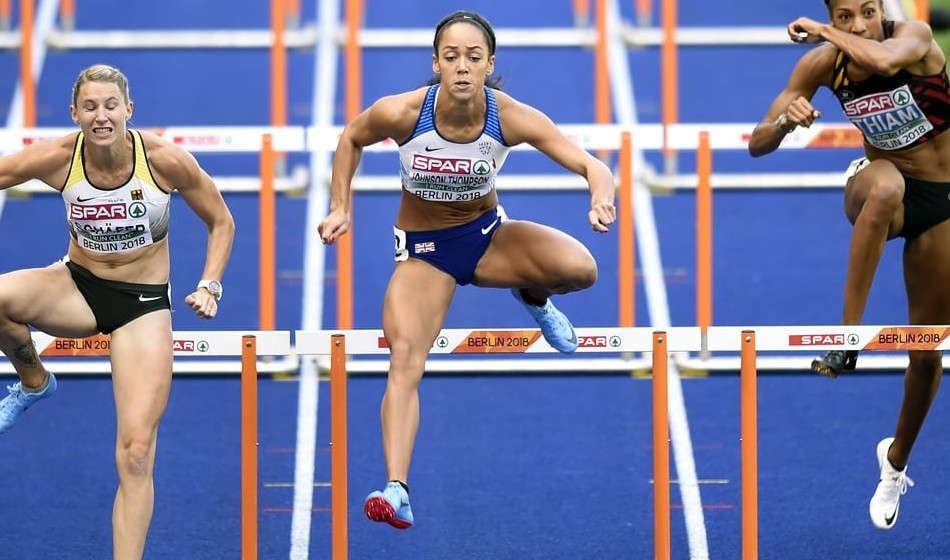 While the postponement of the Olympic and Paralympic Games in Tokyo has been hard for many athletes, Katarina Johnson-Thompson has said it was the cancellation of the European Championships in Paris that she found really tough to take.

It was in March that the postponement of the Tokyo Games was announced, with the new 2021 event dates published less than a week later.

A feasibility study looking into whether the continental event could take place as planned on August 25-30 had been announced the day after Olympic Games postponement was confirmed and at that time, the possibility that the championships might still go ahead was described as a ‘light at the end of the tunnel’.

Johnson-Thompson has admitted that she struggled when that light was taken away.

“With the Olympics being cancelled (for 2020), I took that quite well because I had weeks to expect that,” said the world heptathlon champion.

“But the thing I struggled with the most was the Europeans getting cancelled in Paris. Not even postponed, but outright cancelled.

“That was tough for me because then I didn’t have any sort of focus to train for.”

Johnson-Thompson, who claimed heptathlon silver at the 2018 European Championships in Berlin, had returned back to the UK from her training base in France to spend the lockdown period at home in Liverpool.

Speaking with Gabby Logan for the BBC’s forthcoming programme How Dina and Kat Struck World Gold, the 27-year-old shared insight into her recent training.

“It was difficult at the beginning, for sure,” she said. “It was a lot easier than being in France because I’ve got my old running stomping ground on Camp Hill in Liverpool, which is like a hill session, a ‘lactic death’ workout, which I have been able to do week in, week out.

“Then I’ve got a mini gym in my basement as well.

“I’ve been able to keep up fitness quite well but the things that I am lacking is the technical work that I am missing from my coach.”

How Dina and Kat Struck World Gold will air on BBC One from 15:00 on Sunday May 31, featuring more from an interview with Johnson-Thompson as well as conversations with Dina Asher-Smith and Adam Gemili, plus other highlights from last year’s world championships in Doha.