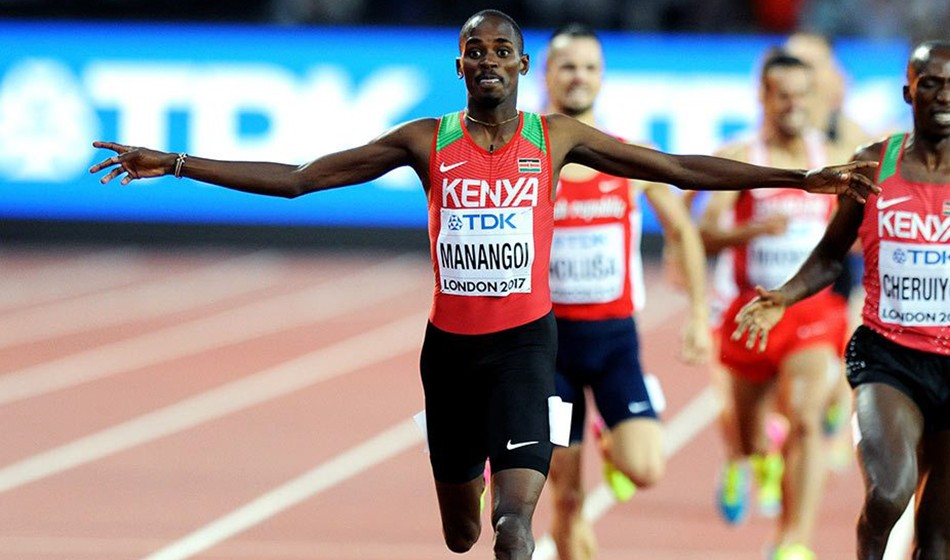 The 2017 world 1500m champion Elijah Manangoi has been handed a two-year ban for “whereabouts failures” after the Kenyan missed three anti-doping tests within a 12-month period.

According to the Athletics Integrity Unit (AIU) decision document, which can be found here, Manangoi missed tests on July 3, November 12 and December 22 in 2019, with the athlete’s explanations for those missed tests including delayed luggage after a flight which left him with no house keys, heavy traffic at 5-6am after working a night shift for the Kenyan Police and a mistake by a delegate logging his whereabouts information on his behalf.

Full details of the whereabouts failures, Manangoi’s explanations and the sanction can be found here.

His ban has been backdated to start on December 22, 2019, which is the date of the third whereabouts failure.

Manangoi was provisionally suspended in July and at that time, according to the BBC, Manangoi posted a response on his Facebook page, stating: “News of my suspension by the AIU for three missed tests is really devastating for me and I’m trying to get my head round it.

“What I can say is each of the missed tests happened during 2019, my case has nothing to do with prohibited substances and I’ve always competed as a clean athlete.”

Manangoi claimed world 1500m silver in Beijing in 2015, two years before his gold medal win in London ahead of Timothy Cheruiyot, Filip Ingebrigtsen and Adel Mechaal, but he did not defend his title in Doha last year due to injury.

He also won the 2018 Commonwealth 1500m title on the Gold Coast ahead of Cheruiyot, Jake Wightman and Charlie Grice.