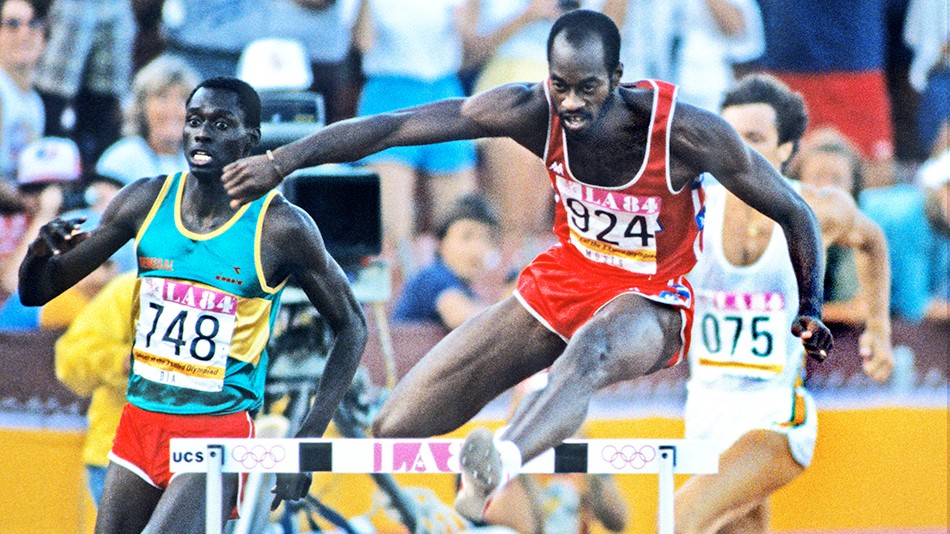 Ed Moses has a good case for being regarded as one the world’s greatest track athletes.

He dominated his event in an unprecedented manner, winning 122 successive 400m hurdles races (including 107 finals) between 1977 and 1987.

However, there was no sign that Moses was a future world beater a year before the Olympics in 1976.

He had been an average high school athlete and did not break 50 seconds for the 400m flat or 15 seconds for the high hurdles but he began to show a little more potential in 1975 with a 45.5 clocking on a 440 yards relay leg and 14.0 for the 120 yard hurdles, though a 52.0 clocking that year over 440 yards hurdles still gave little away.

At the end of 1975 most experts were expecting the Montreal event to be between the 1974 American champion (and overall US athlete of the year) and world 440 yards hurdles record-holder Jim Bolding and the European and Commonwealth champion Alan Pascoe who between them had dominated the event the year before Montreal.

In 1976 Moses suddenly came on to the Olympic radar. He began with a 50.1 400m hurdles in a second-place in March, was down to 49.8 in April and then a 48.8 in May brought him to the attention of world athletics fans as a potential contender – if he could make the US team!

However, the US trials went perfectly as he improved again to win in an American record 48.30 with Bolding surprisingly just missing out.

By now he was a huge favourite for the Olympics and he duly delivered and dominated the sport for the next decade.

He won two Olympic golds – missing out on an almost certain gold in 1980 only because of the American boycott – and he also won two world titles, though had they been every two years as is now and started earlier, he would have almost certainly won additional titles in 1977, 1979, 1981 and 1985!

Here we choose 13 of his greatest and most significant races. AW magazine subscribers can click here to see a more complete list of over 160 of his races between 1976 and 1988.

In the final, Moses, the first athlete able to run 13 strides all the way, was again in a different class. Britain’s Pascoe was the only runner who attempted to go with him but not fully fit he died a death over the last 100m and ended up last well over three seconds down on Moses. The American kept his form magnificently and smashed the world record with 47.64 to improve John Akii-Bua’s 47.82 from the previous Olympic final.

He won by eight metres from fellow American Mike Shine (48.69) for the biggest winning margin in Olympic history though he claimed he made a quite a few mistakes that cost him half a second.

IAAF World Cup Final, Dusseldorf, September 2 1977
1st 47.58
He had European wins in Cologne, Nice and Zurich after his US victory but did lose to Harold Schmid in Berlin in the week before this event.

In front of a huge German crowd and in the biggest ever global event outside of the Olympics, Schmid was hopeful of another win but Moses ran superbly and ran the second fastest time in history. Volker Beck (48.83) edged Schmid (48.85) for second but the pair were 10 metres in arrears of the stylish American. 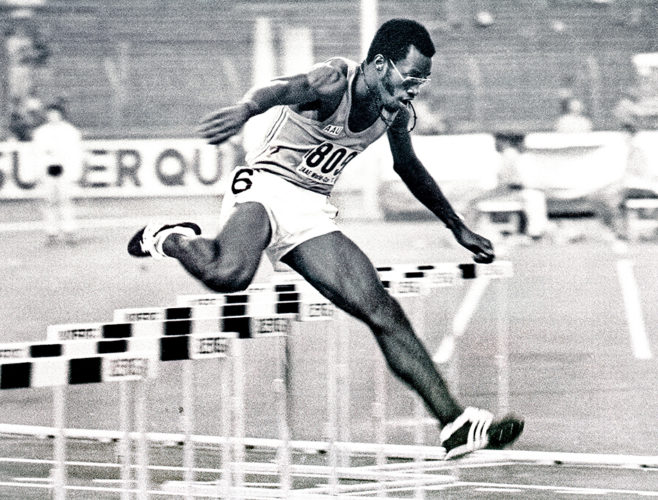 IAAF World Cup Final, Montreal, August 24 1979
1st 47.53
In front of a sparse crowd in the Olympic stadium, Moses went faster than two years previously but Schmid (48.71) was slightly closer but again not enough to mount a serious challenge.

Milan, July 3 1980
1st 47.13 (WR)
His past record had lasted three years but he showed exceptional improvement by around three metres as he thrashed a distant and well-beaten Schmid (49.01) by one of the biggest ever margins.

Andre Phillips, who would eventually get his revenge, was exactly three seconds behind (50.13).

IAAF World Championships, Helsinki, August 9 1983
1st 47.50
Moses was one of the clearest winners of any event in the inaugural World Championships. From the quite tight lane two, he again thrashed Schmid (48.61) in winning by 10 metres in taking his 81st consecutive victory in finals. 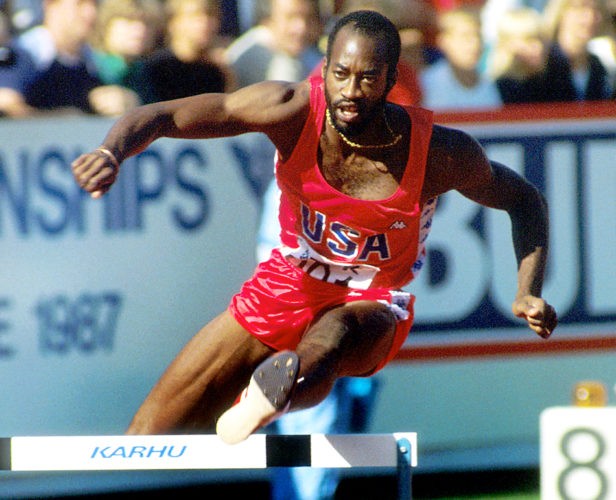 World Championships, September 1 1987
1st 47.46
His decade of domination was at an end and Danny Harris had beaten him in June (47.56 to 47.69 in Madrid) and Schmid was in the form of his life having twice been inside 48 seconds in the summer.

Moses dominated the early stages and had a two-metre lead over Schmid and even went away slightly over the ninth hurdles but Harris began to close on the pair of them. As they hit the last hurdle Moses (42.15) still had a metre and a half on Schmid (42.32) with Harris a metre back (42.42).

Over the run-in the gaps between the trio closed and with Harris finishing the fastest the trio dipped through the line pretty much together but Moses eventually got the verdict by 0.02 of a second from both Harris and Schmid (47.48).

Unusually the top five finished in the same order as Los Angeles.

Olympic Trials, Indianapolis, July 17 1988
1st 47.37
The best quality race of the year was not the Olympics but the American trials as by the end of the race it featured five of the six fastest runners of all-time! The pressure was on Moses to triumph in a record fourth Olympic trials and he won an exciting race by a few metres from Philips (47.58) who was still to beat him. Only four hundredths of a second covered the next three with Kevin Young (47.72) surviving a ninth hurdle stumble to edge David Patrick (47.75 to go sixth all-time) and Harris (47.76), who both failed to make the Olympic team despite their brilliant times.

Olympics, Seoul September 25 1988
3rd 47.56
Now 33, he was not getting any faster but he was maintaining his level in the mid-47s. This time was quicker than he ran in his previous Olympic wins but others were improving and he was well beaten by Philips (Olympic record 47.19) and Amadou Dia Ba (47.23) as he finished three metres down, with Philips always marginally ahead with Dia Ba finishing the strongest and only narrowly falling short. Moses faded slightly from the last hurdle in his last race.

Young finished fourth in 47.94. He would win four years later in Barcelona in a still-standing world record 46.78.

In Mel Watman’s book My Life in Athletics (published in 2017), he analyses all the events to ascertain the leading exponent in each (scoring points for titles, records and world rankings) and in the 400m hurdles, Moses scores 174, well clear of Young (119) and Glen Davis (110).