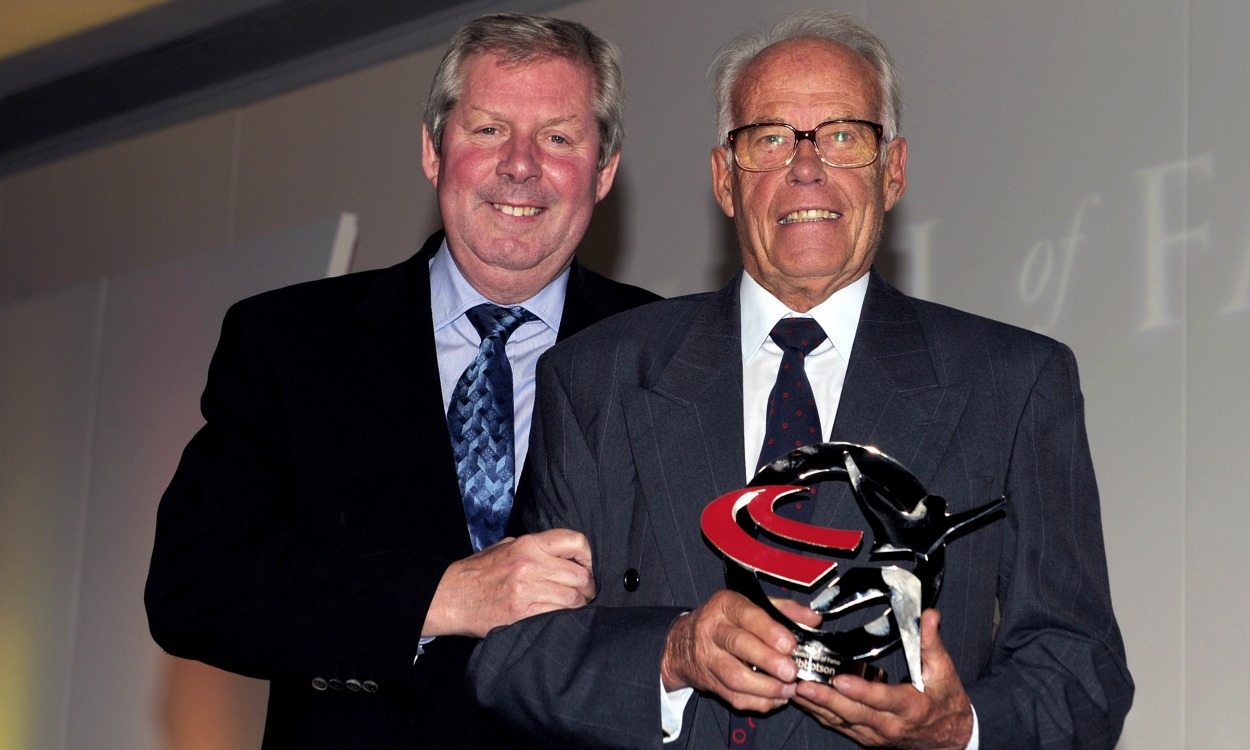 Derek Ibbotson, the former world record-holder for the mile and British middle-distance great, has died aged 84.

The legendary runner passed away in a nursing home in his home county of Yorkshire after having suffered from dementia.

In his heyday he was one of the country’s finest and most popular athletes. Affectionately known as ‘Ibbo’, he followed Roger Bannister and John Landy as world record-holder over the classic one mile distance and also won bronze in the 5000m at the 1956 Olympics.

He also held the curious distinction of being the first man to run exactly 4:00.0 in a race behind Herb Elliott in 1958 – a statistic that often led to him being the subject of trick quiz questions that asked who the world’s first four-minute miler was.

In addition he was sometimes described as the four-minute smiler – a nickname that became the title of his autobiography.

Born near Huddersfield on June 17, 1932, his athletics career began to take off in the mid-1950s after joining the RAF. A member of Longwood Harriers, too, he sprang to fame in 1956 by running 3:59.4 to win the Emsley Carr Mile.

Among those behind him that day were Ron Delany, the Irishman who would go on to win the Olympic 1500m title in Melbourne later that year. Ibbotson ran the 5000m at the Games instead, though, and finished third behind Vladimir Kuts and Gordon Pirie.

One of the strongest milers of the period, he was third in the tough English National cross-country championships and set a British record for three miles on the track.

But his finest moment was over the mile on July 19, 1957, when he beat a world-class field including Delany and world 1500m record-holder Stanislav Jungworth of Czechoslovakia to clock a one mile world record.

Ibbotson never quite scaled the same heights again but his world record earned him the immortal title of supermiler and he will be fondly remembered not only in British athletics but by middle-distance fans around the world.

His first marriage to Madeline Wooller, an English cross-country champion in her own right, led to him becoming the father of three children. He went on to work for Puma and subsequently had another child with his second wife, Ann, while in his later years he was deservedly lauded as an all-time great and inducted into the England Athletics hall of fame in 2011 (pictured above with Brendan Foster).

» See the March 2 issue of AW for more

» The funeral for Derek Ibbotson will be held at St Peter’s Church, Huddersfield, from noon on Monday March 27. A public service will be followed by a private burial in Birchencliffe