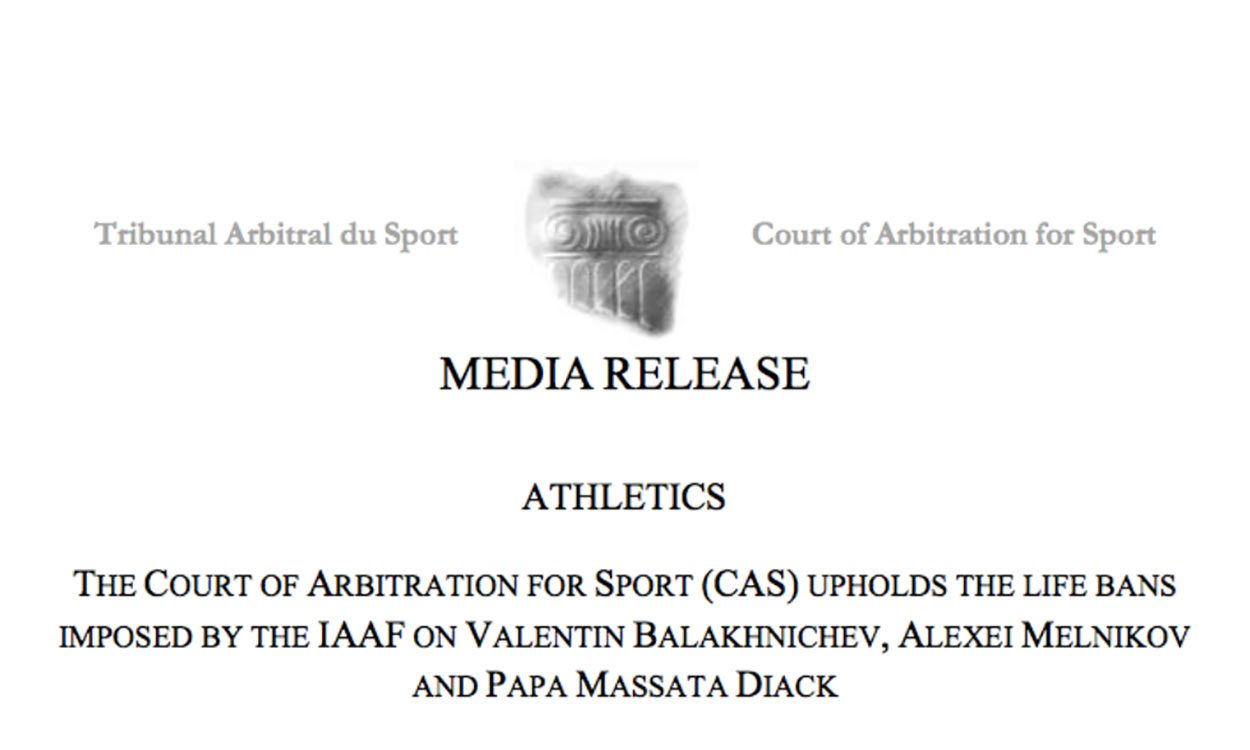 Papa Massata Diack, Valentin Balakhnichev and Alexei Melnikov had appealed against the IAAF Ethics Commission decision but remain banned for life from any involvement in athletics

Three senior officials – Papa Massata Diack, Valentin Balakhnichev and Alexei Melnikov – are to remain banned for life from any involvement in the sport of athletics after the Court of Arbitration for Sport (CAS) dismissed their appeals against the IAAF Ethics Commission decision.

The bans handed to Diack, the former marketing consultant to the IAAF and son of ex-IAAF president Lamine Diack, plus former president of the All-Russia Athletic Federation (ARAF) and honorary treasurer of the IAAF Balakhnichev and former senior ARAF coach Melnikov had been announced on January 7, 2016.

The three men then filed appeals at the CAS seeking the annulment of their life bans.

“The appeals were consolidated and referred to the same Panel of CAS arbitrators: Mr Otto L.O. De Witt Wijnen, The Netherlands (President), Mr Olivier Carrard, Switzerland, and Judge (ret.) James Robert Reid QC, UK,” read a CAS statement in part. “The Panel held a hearing at the CAS headquarters in Lausanne, Switzerland on 14-17 November 2016. Messrs Balakhnichev, Melnikov and Diack did not attend and were represented by their legal counsel.

“The Panel concluded that on the evidence adduced, the charges against Messrs Balakhnichev, Melnikov and Diack were established beyond reasonable doubt and that the sanctions imposed should be upheld.”

The IAAF said it welcomes the CAS ruling to dismiss the appeals, with IAAF president Sebastian Coe commenting: “I’d like to thank CAS for their hard work and diligence in assessing and upholding the IAAF Ethics Board’s decision.

“Today’s ruling sends a clear message that anyone who attempts to corrupt our sport will be brought to justice.”