“Athletes are more than medals” 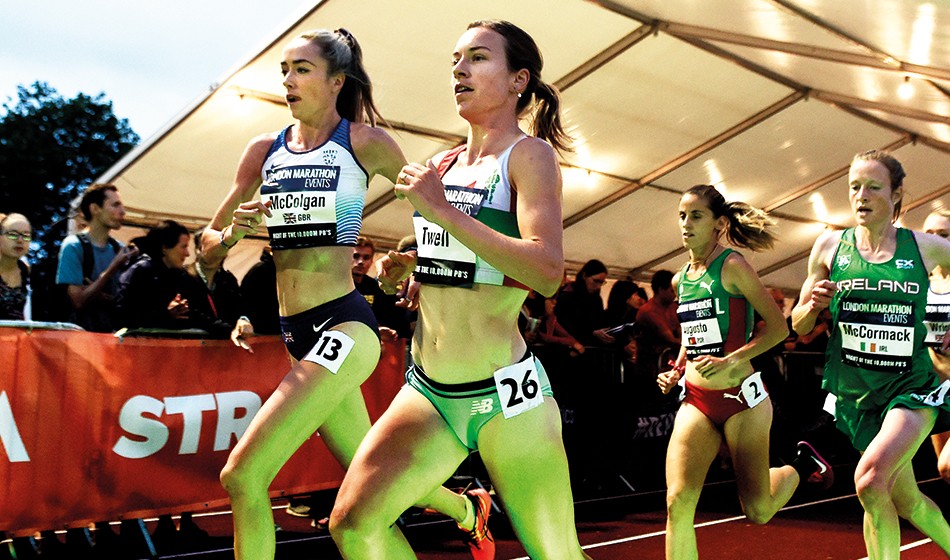 The UKA Athletes’ Commission wants to hear from across the sport

If anyone was ever in doubt as to the potential power of the athletes’ voice, then the recent decision to reverse the Diamond League changes and reintroduce a variety of events back to the schedule following unified protests underlined that it is possible for those at the heart of the sport to have their say.

As with the Athletics Association, who had led the objections, so the UKA Athletes’ Commission is aiming to play a pivotal role in the direction taken by the sport in Britain across a wide range of areas in 2021.

With change at the top in this country – Joanna Coates’ arrival as CEO, Sara Symington as performance director and Christian Malcolm as Olympic head coach – there is an increased desire to demonstrate to the decision makers just how much of an impact the calls they make can have.

Former 1500m world junior champion, European and Commonwealth medallist Steph Twell (pictured above) was elected to the Commission last October and one of her top priorities is to see greater emphasis placed on the person behind the athlete.

“Being aware that athletes are more than medals,” says Twell when asked about her ambition. “I’ve been part of that culture where you have been seen as just a number and I want to help people improve that decision making and having the cost to the athlete in mind.”

Those Diamond League decisions to remove a number events from their schedule provide a perfect case in point.

“When it was first suggested that the 5000m was going to be curtailed, I didn’t really express back then the impact that it makes on athletes, because there are consequences to these decisions and they can change the course of your career,” says the reigning British 10,000m champion.

“The decision makers have a power to change things but perhaps don’t realise there is a livelihood behind the journey of the sport as well.

“These decisions can change the way your career is going and it’s so important for people to understand what that looks like and feels like from an athlete point of view upwards rather than just having these top down decisions.

“Curtailing events can be disastrous in terms of development and the possible loss of skill. What our sport needs is opportunities.”

The Athletes’ Commission presents an opportunity for athlete concerns to be aired and the emphasis is on collaboration with, rather than opposition to, the governing body.

“I think that would give us more fertile ground for the grassroots to feel like they can achieve things and that they are not going to be cut off at a certain point in their careers, or that things aren’t out of reach for people coming through.

“I don’t want our sport to be a closed circuit.”

Hannah England, 2011 world 1500m silver medallist, has been chair of the commission since its formation in 2017 and has seen definite progress during that time.

“I think our involvement with the selection process has got to be the single biggest thing we’ve achieved and is something a lot of us are very proud of,” says England, who will step down in October this year and be succeeded by endurance athlete Andrew Heyes.

“The selection process can seem very confusing to athletes and coaches and we wanted it to be a lot more transparent, a lot more understandable.

“There were often scenarios where it would almost feel like it was down to pot luck or you weren’t in control of it so we took that message to British Athletics over and over again – for the them to explain it more clearly, to explain it better.

“We did some really great work with them about refining the selection policies, the language, the way it’s presented to athletes and its consistency.

“We have then been invited into selection meetings as observers, almost to hold them to account, and they’ve really welcomed that. It’s an evolving process but we feel like we have made progress. There were going to be two of us in the Olympic and Paralympic selection meetings last summer if they had gone ahead, so we’re excited for that to happen again this summer.”

WHAT IS THE ATHLETES’ COMMISSION?

Formed in 2017, The Athletes’ Commission is a group of 12 former and current British international athletes who work together to represent athletes’ views and voices to the British Athletics Performance Team and the UK Athletics Board with the aim of ensuring the athlete perspective is heard and understood by the decision makers in our sport.

WHO IS IT FOR?

Whilst the Athletes’ Commission is immediately to serve athletes who have competed for Great Britain over the past six years, they know that coaches, assistants or staff may wish to highlight issues on behalf of their athletes.

HOW DO I GET IN TOUCH? WHERE DO I GO IF I HAVE A QUESTION OR A CONCERN?

There are a number of ways to get in touch with the Athletes’ Commission on any issue in the sport you think worth raising.

» You can also air your concerns via the AW social media channels or by emailing [email protected]
Your message will be relayed to the Commission and answers could appear in the pages of AW as the magazine will be publishing regular columns with Athletes’ Commission members in the coming months.

» This feature was first published in the January edition of AW magazine, which is available to order online in print here and read digitally here