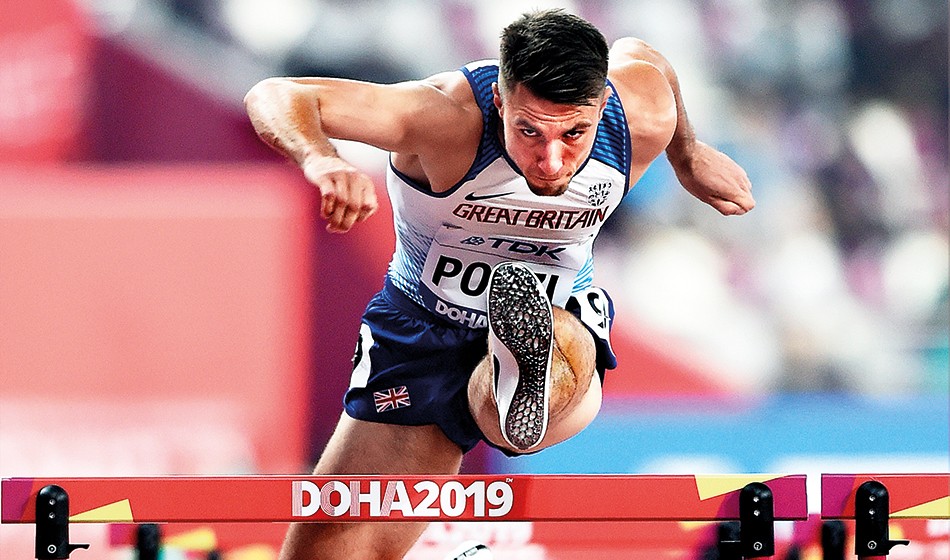 The plan is coming together. Andrew Pozzi is no longer spending the majority of his time trying to master two new languages simultaneously while also becoming accustomed to an unfamiliar country and training environment. No longer is he having to work out exactly what his Cuban coach, Santiago Antunez – the man Pozzi uprooted from Loughborough and moved to Italy to work with a little over two years ago – is talking about and looking for.

No longer are his own ideas being lost in translation, either. The pair are now, literally, speaking the same language.

The work undertaken at the Olympic training centre in the coastal town of Formia has been taking root and Pozzi is starting to feel and see the difference.

It has been evident in his most recent performances, too.

His 110m hurdles outings in 2020 may have been crammed into a short period of time due to the chaos which was wrought on the calendar, but they were consistent. And quick.

The 28-year-old finished last year sitting second in the world rankings, while his fastest performance of the year was a PB-equalling 13.14. Times, however, were not the driving force.

“I’m someone who’s always been driven – perhaps too much at times – by the outcome and by times,” says Pozzi. “It was actually the first year where I wasn’t really bothered that I didn’t get a PB on the basis that the races I was doing were loads better. The stuff that I was working on, I was really starting to feel more confident with and I was really starting to see the difference.

“When you look at my season as a whole, the consistency was so much better. For those times to be like a base level for me, it just felt really good.

“I was coming away from races thinking ‘okay, this is what we’ve been talking about for 18 months now and I’m doing it with more ease and more consistently’.”

Patience has been key. Though he knew he was making the right move, the early days with Antunez – who has coached two of the last five Olympic 110m hurdles champions [Dayron Robles Beijing in 2008 and Anier Garcia in Sydney 2000] – did take Pozzi by surprise.

Compared to the approach widely used in Europe, the Cuban works much more on technique and rhythm first before strength and speed.

“It was a shock when I first arrived and realised it was quite so different but I believed in what I was doing,” says Pozzi, the 2018 world indoor champion for 60m hurdles.

“My progress was delayed somewhat because of communication and we just had to find out by doing, really. Instead of me being able to lay everything out clearly and the coach laying out everything he’d like to do clearly it was kind of finding out.

“For at least the first six months, everything was being translated by my training partners and I didn’t know any of them that well either when I joined.

“Thankfully most of them spoke good English and helped me immeasurably.

“The way Santiago works – he has a plan but day by day it can be adjusted depending on where your body’s at and what you do in a certain session – that kind of constant changing, on top of the communication, was a bit of a minefield at times.”

He adds: “Formia is a small town – nobody who lives here really speaks English – and it’s not the kind of place where you get a lot of British tourists.

“I was having to learn Italian and speak that around the town and then going to training and having to try and understand and speak Spanish. It was a big overload because when I joined I knew nothing of either.

“Thankfully now my Spanish in particular is a fair bit better and there are no communication barriers to training.”

It has been an educational experience in all sorts of ways.

“I’ve changed an awful lot, though I don’t know if that’s to do with getting a little bit older as well,” says Pozzi. “I certainly have to listen a great deal more. For a while I was hanging in and desperately trying to hear and understand what was being told to me.

“There was a lot of learning because the style is so different to how a lot of Europeans train.

“It was mentally really engaging. I felt like I was almost going back to school, having to really focus and having to problem solve myself as well to some extent.

“Trying to listen to what the coach said and reconcile it with my own beliefs about how it should be done and what I should be doing and what I can and can’t do. From that point of view I was just really, really engaged.”

The task at hand now is preparing for an Olympic year. With his technique more honed, Pozzi can look more at putting his own stamp on what he hopes will be a medal-winning campaign.

“It does give me huge confidence going into 2021 because I think my training quality is going to be so much higher,” he says. “I can put more of my focus into the intensity as opposed to trying to overly think about things a certain way technically.”

» This interview was first published as part of our ‘ones to watch in 2021’ series in the January edition of AW magazine, which is available to order online in print here and read digitally here