All eyes on London as Purdue puts Olympic nightmare behind 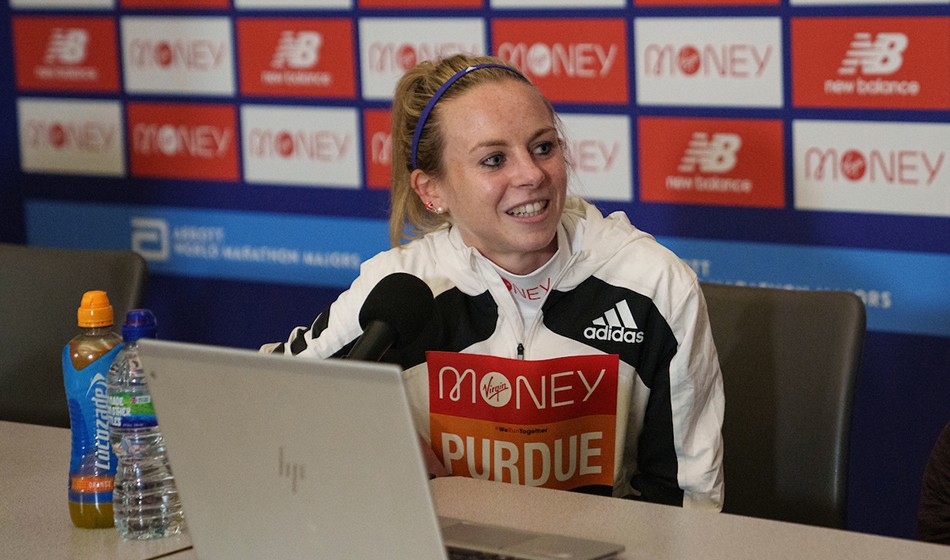 Tokyo selection snub still stings, but Charlotte Purdue is determined to enjoy the marathon on Sunday along with dozens of club runners who she now coaches

When Charlotte Purdue was overlooked by British Athletics for the Olympic marathon this year, the 30-year-old fled to Font Romeu to try to forget about it and to start training for her next target.

Arriving in the French altitude training town for a three-week camp with her partner Adam Clarke, they timed their visit to coincide with the Olympics and consequently found there were barely any elite athletes as most were in Tokyo.

“It was busy with a lot of ‘normal people’ such as French people on holiday but not many runners,” she remembers.

It was hard to totally avoid the Olympics, though. “It was on French TV and the internet we had wasn’t great so we couldn’t stream anything,” she says. “We wanted to watch some things like the women’s 800m but when we put it on French TV they went to an ad break at the end of the first lap! So we couldn’t see the second lap.”

She adds: “I watched the men’s marathon when I got home on iPlayer but apart from that I didn’t really get to watch much.”

Instead, Purdue began to lay the foundations of a marathon build-up that will culminate on the streets of London on Sunday (Oct 3). To begin with during the early part of the summer she was so paranoid about sustaining another injury that she just did easy running most days. Then, with eight weeks to go, her coach Nic Bideau began to oversee her specific marathon countdown. 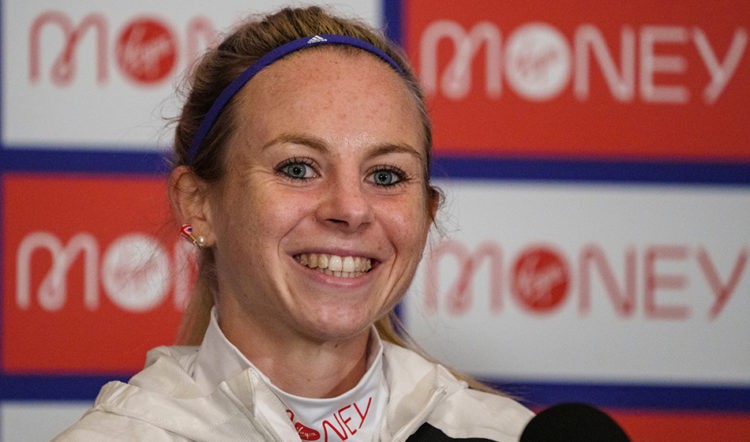 “When I started doing harder sessions and two-and-a-half-hour runs it all clicked back into place,” she says.

Her first race for 18 months came at the Vitality Big Half in London in August where she ran 69:51. “I felt a bit rusty,” she recalls, “but once I got that out of the way I began to get into the groove.”

At the Great North Run last month she finished third in 68:49 despite being in heavy marathon training and it means she has rarely been more confident going into a marathon as she is for this weekend’s event in the British capital.

So much so that – weather permitting – she hopes to improve her PB of 2:25:38 – a time that places her No.4 on the UK all-time rankings. In addition she would love to beat Mara Yamauchi’s best of 2:23:12 which, if she manages it, would move her into No.2 on the all-time lists behind Paula Radcliffe.

Such a performance would embarrass selectors who left her out of the Olympic team. Purdue is reluctant to talk about that selection snub and is simply keen to move on. However she describes the appeals process as “nasty”, partly because the selected athletes were able to read her appeal.

She adds: “I felt I had to appeal, even though I knew it would be pointless because they weren’t going to deselect someone once they’d selected them. At the same time I didn’t want to not appeal as it might have looked like I was not bothered.

“The week where I appealed was so stressful. I got sick straight away and people were calling me up suggesting I did this and that. Journalists were phoning me too when I just wanted to forget about it.”

British Athletics promised at the time to look further into the whole episode and the apparent misinformation which was used during the Olympic selection meeting. But Purdue says communication with the governing body since then has been “minimal” and that it has left a bad taste in her mouth.

She hopes this weekend will be a happier occasion and if she finishes first British woman home with a qualifying time then she can take her pick when it comes to championship selection options in 2021, although she cautiously adds that she has become so distrusting of the selection process that she feels nothing is guaranteed. If anything, she favours the cut-throat US system of ‘first three past the post’.

“I still wouldn’t have made the Olympic team,” she says, “but at least it would have been fair.”

She certainly has enough right now to keep her mind off the subject. Her own running aside, herself and Clarke oversee the coaching of around 100 runners through their Purdue Performance programme. Many of them are running in London on Sunday too. 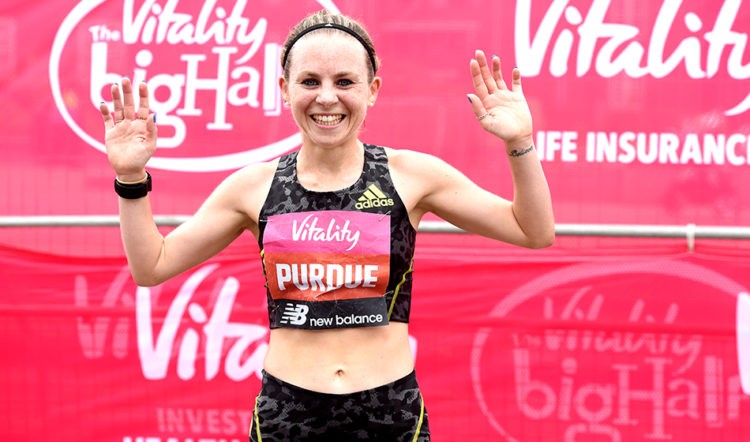 “It’s good, I enjoy it,” she says on a project that began in 2018 and which sees herself and Clarke coaching around 40 athletes with additional coaches in her team such as Ross Skelton, Andrea Seccafien and Luke Allen advising the remainder.

How does she get time to focus on her own training, though? “That’s why I have Adam to help do it!” she says. “He’s literally up at 6am every day and doesn’t go to bed til about 11pm.

“He’s full on and on the hustle all the time. I’m very lucky to have him as I couldn’t do it without him.

“Over the weekend my phone will probably be pinging a lot but I’ll probably let Adam handle it.”

Clarke has run 13:39 on the track for 5000m and is running himself as well on Sunday although not the full 26.2 miles distance. Instead he is pacing some of the British runners and getting used to longer distances himself as part of his move to longer road races.

This means the pair are able to do an increasing number of training runs together. Purdue, however, has recently found another new training friend for this winter – a treadmill!

Ordinarily she would spend the British winter in Australia training with Bideau’s group in Fall’s Creek, but the pandemic has not made travel easy so she is bracing herself for the winter months in the UK and has invested in a treadmill so she can do some of her evening runs in the warmth and safety of her home.

If things go well on Sunday, many of those runs could be in the build-up to representing Britain in the World Championships in Oregon too.