Peres Jepchirchir and Joshua Cheptegei look ahead to Gdynia 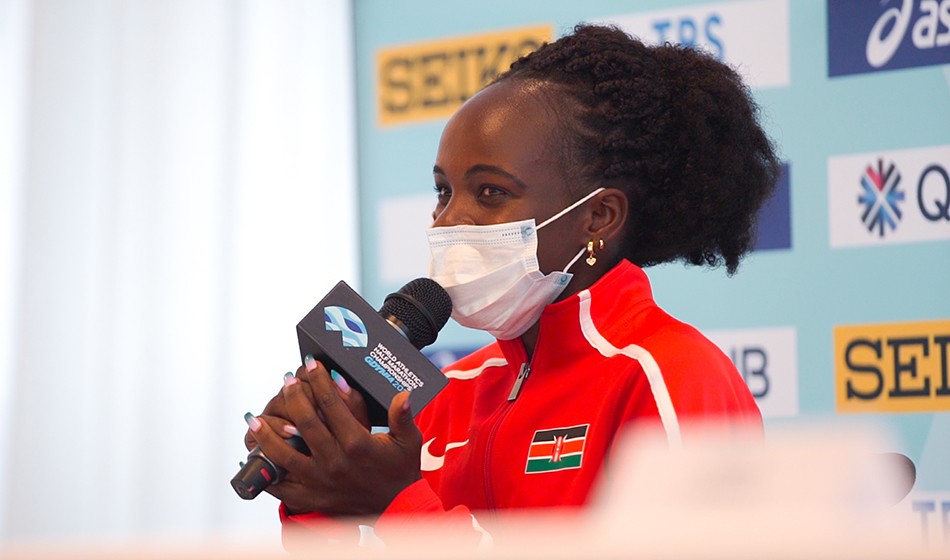 After breaking world records on the track and road in 2020, Joshua Cheptegei says he is now hungry for success at the World Athletics Half Marathon Championships on Saturday (October 17).

“I’ve been training well of course for my track events – the 5000m, the 10,000m – but now I am here to face the half-marathon,” he said at the pre-event press conference on Friday.

“I know it comes just a few days after the world record but I believe I’m a person of high talent and I can say it will be a nice challenge for me.

“I have had the most amazing season of my life,” he added. “I’m also hungry for the (world half-marathon) title. If I can win this title, it will be special to me.”

Cheptegei also talked about the field in Gdynia and questioned why Britain’s Mo Farah had chosen not to race.

“I thought we would have a more exciting field,” he said. “Like, of course, we have the Kenyans, we have the Ethiopians, but still I was surprised — and I’m still surprised — why Mo Farah is not part of the field.”

Click here to read more about Cheptegei and other contenders for the men’s title. AW subscribers can find results editor Steve Smythe’s top 10 predictions in the AW Clubhouse here.

In the women’s race, Peres Jepchirchir (pictured) returns after her victory in Cardiff in 2016 and doesn’t rule out a world record being on the cards.

“There is high expectation for the time tomorrow. The team is strong, and maybe the world record can go, also,” said the Kenyan, who set a half-marathon world record of 65:06 in 2017 – a mark which has since been improved to 64:31 by Ethiopia’s Ababel Yeshaneh, who is also racing in Poland.

Our ‘who, what and when?’ guide featuring more of the women’s contenders can be found here, while Smythe’s women’s top 10 predictions can be found in the AW Clubhouse here.