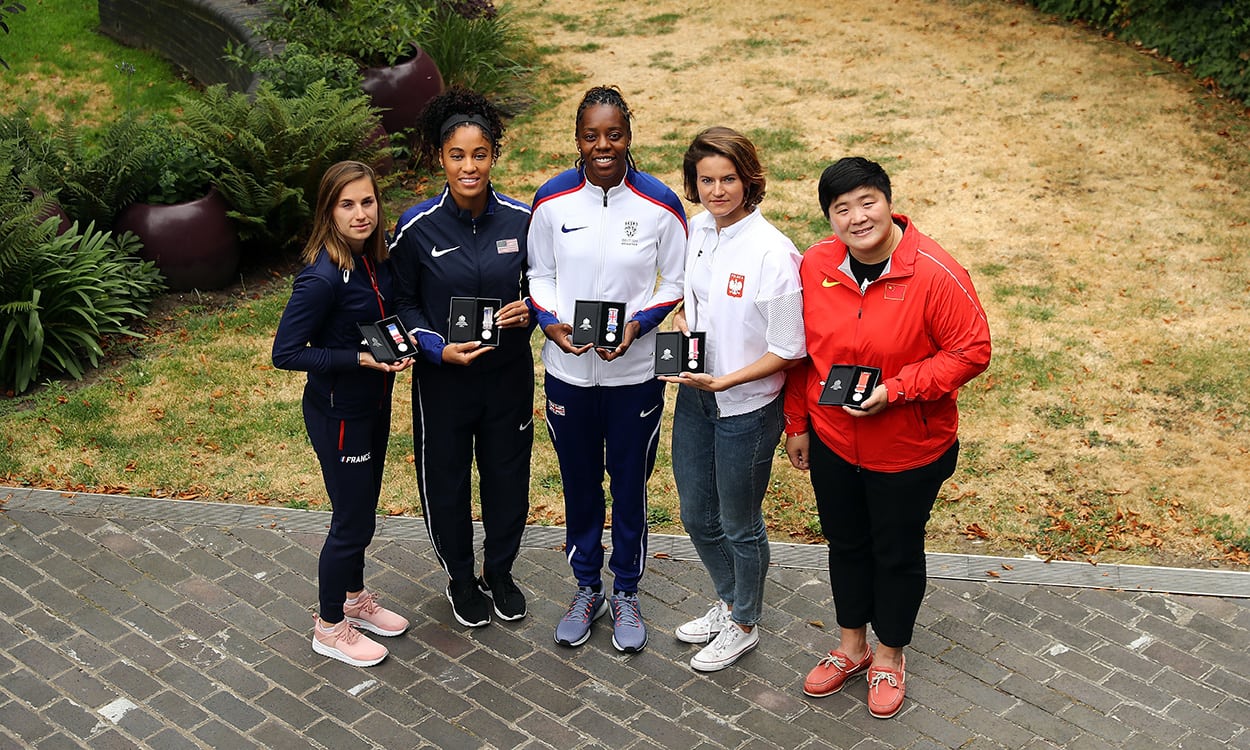 Eight nations will be led by eight female team captains this weekend when the inaugural Athletics World Cup takes place at the London Stadium.

Marking 100 years since the first British women were given the right to vote in the UK, and as part of the Mayor of London’s ‘Behind Every Great City’ campaign, each member of the all-female captain line-up will receive a bespoke platinum captain’s badge, with Ugen, Harrison, Gong, Guillon-Romarin and Jagaciak-Michalska receiving theirs from British athletics greats Sally Gunnell and Daley Thompson at the Museum of London.

The athletes also took part in a visit of the museum’s ‘Votes for Women’ display, which includes Emmeline Pankhurst’s original hunger strike medal.

The platinum captain’s badges were created by organisers of the Athletics World Cup in conjunction with its partner, the World Platinum Investment Council, with the design influenced and conceived by the original suffragette movement and produced by jewellers Heirloom London.

“London’s reputation as a world-class sporting city is unrivalled, and holding the first-ever Athletics World Cup at the London Stadium later this month will only enhance that reputation,” said Mayor of London, Sadiq Khan.

“We are delighted, too, that the Athletics World Cup has joined us in the Behind Every Great City campaign to support the continuing success of women in sport and our push for greater gender equality. This year, as we mark the centenary of the first women securing the right to vote in the UK, it is a powerful symbol that these fantastic new platinum captain’s badges reference the suffragette hunger strike medals – a design with so much historical significance.”

Ugen said: “I can’t wait to lead the team out at the Athletics World Cup. It’s a real honour for me to have been chosen as captain and have the chance to lead out the Great Britain and Northern Ireland team.

“To have received this platinum captain’s badge from athletics legends such as Sally and Daley is a very proud moment – now we are set to go out there and take on the world this weekend.”

Tickets are available to buy for the inaugural Athletics World Cup (Saturday 14 and Sunday 15 July) and can be purchased by clicking here.