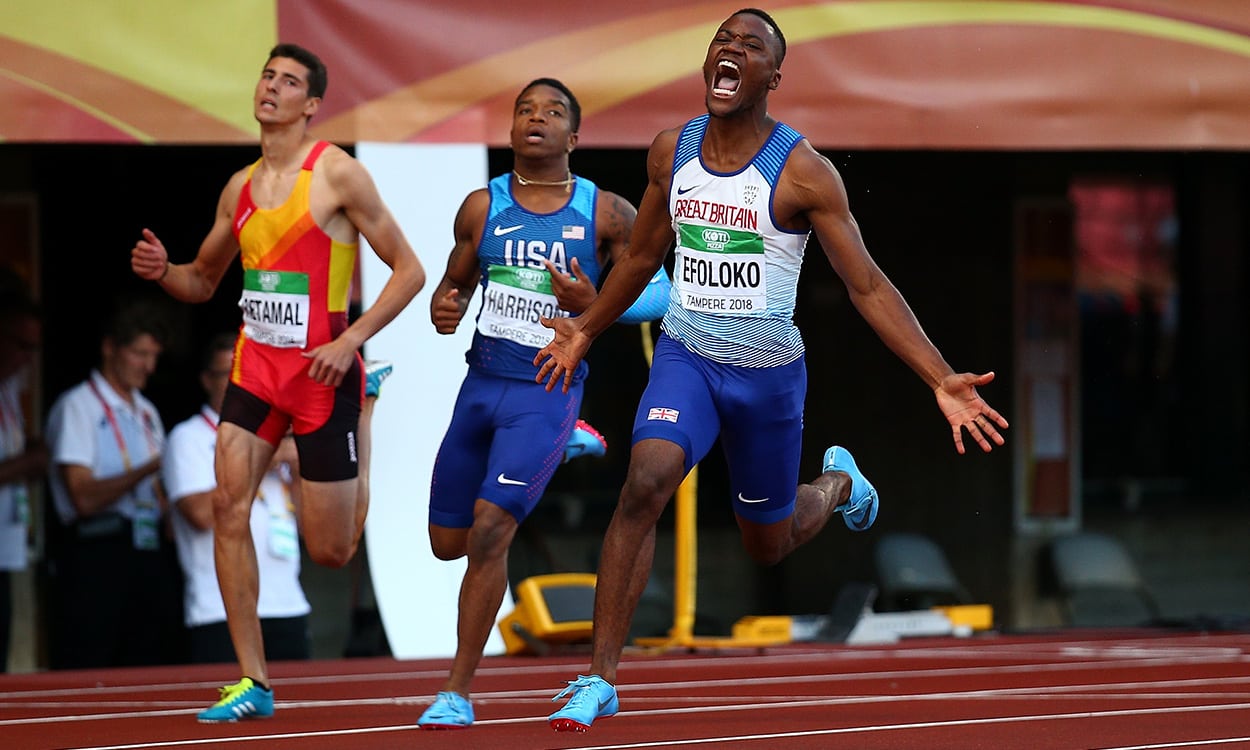 Jona Efoloko and Charlie Dobson stormed to 200m success at the IAAF World U20 Championships to take Great Britain to second on the medals table behind Kenya on day four in Tampere, Finland.

In the final event of a session which had earlier seen Britain’s Niamh Emerson win the heptathlon and Jake Norris triumph in the hammer competition (report here), Efoloko clocked a PB of 20.48 for gold in the half-lap event as his team-mate Dobson followed him over the finish line in 20.57 for silver, while USA’s Eric Harrison ran 20.79 for bronze.

The 18-year-old winner had gone into the competition with a PB of 20.79 from Bedford last month, a mark which he improved to 20.65 in his heat before running 20.74 in his semi-final.

“World champion sounds amazing,” said Efoloko, who adds this title to his gold from the European Youth Championships in 2016 and silver from last year’s European U20 Championships.

“All the hard work paid off and all the training, all the parties missed and going out with my friends, it’s all worthwhile for moments like this and that’s why I do this sport.”

In the women’s event, Jamaican 16-year-old Briana Williams remains on course for a 100m and 200m double as she clocked 23.41 to win her semi-final, while USA’s Lauren Rain Williams was quickest overall with 23.15.

Britain’s Alisha Rees finished third in her heat in 23.67 and narrowly missed out on a place in the final, while Georgina Adam ran 24.37.

Christopher Taylor had been the big favourite in the men’s 400m but Jonathan Sacoor wasn’t paying any attention to the form book as he stormed away down the home stretch to claim a surprise victory in a Belgian under-20 record of 45.03. 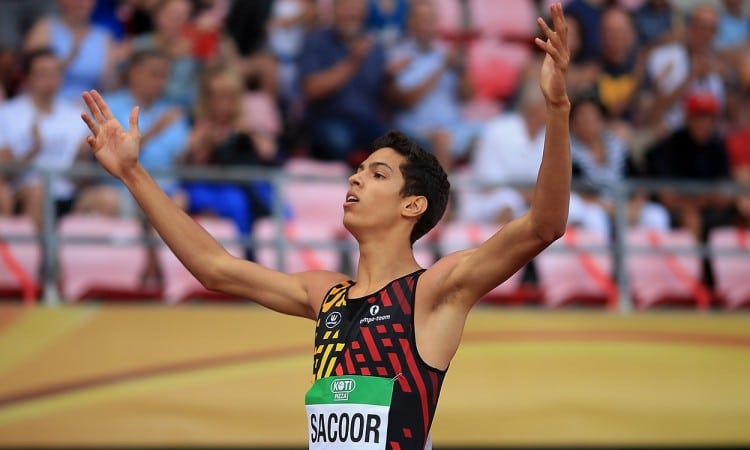 That mark is just 0.02 off of Thomas Schonlebe’s European under-20 record set in 1984 and saw the European U20 bronze medallist finish 0.35 ahead of the Jamaican, with his team-mate Chantz Sawyers following him over the finish line in 45.89 for bronze.

The result in the women’s 3000m steeplechase was more expected as Kenya’s Celliphine Chepteek Chespol, who ran her world under-20 record of 8:58.78 last year, smashed the championship record with 9:12.78 to win ahead of Peruth Chemutai of Uganda and Bahrain’s Winfred Yavi.

South Africa’s Zeney Van Der Walt added the world under-20 400m hurdles title to her world under-18 gold, clocking 55.34 to win ahead of Jamaica’s Shiann Salmon and Yasmin Giger of Switzerland, while Lea-Jasmin Riecke’s 6.51m PB from the second round secured the German the long jump title ahead of Japan’s Ayaka Kora and USA’s Tara Davis. GB’s Lucy Hadaway placed sixth with 6.13m.

Alastair Chalmers secured his 400m hurdles final place in style, clocking 50.11 to break the British under-20 record of 50.20 which had stood since 2004. His team-mate Alex Knibbs just missed out with his time of 50.99 not enough to see him through.

Sokwakhana Zazini went quickest, winning the heat ahead of Chalmers in 49.43.

The GB women’s 4x100m quartet of Kristal Awuah, Mair Edwards, Vera Chinedu and Ebony Carr clocked 44.84 for second in their heat to make the final but they won’t be joined by USA after they dropped the baton, while the Jamaican quartet was also disqualified.

Cuba’s Jordan A. Diaz only needed one jump to qualify for the men’s triple jump final, his 17.09m almost a metre further than anyone else managed.