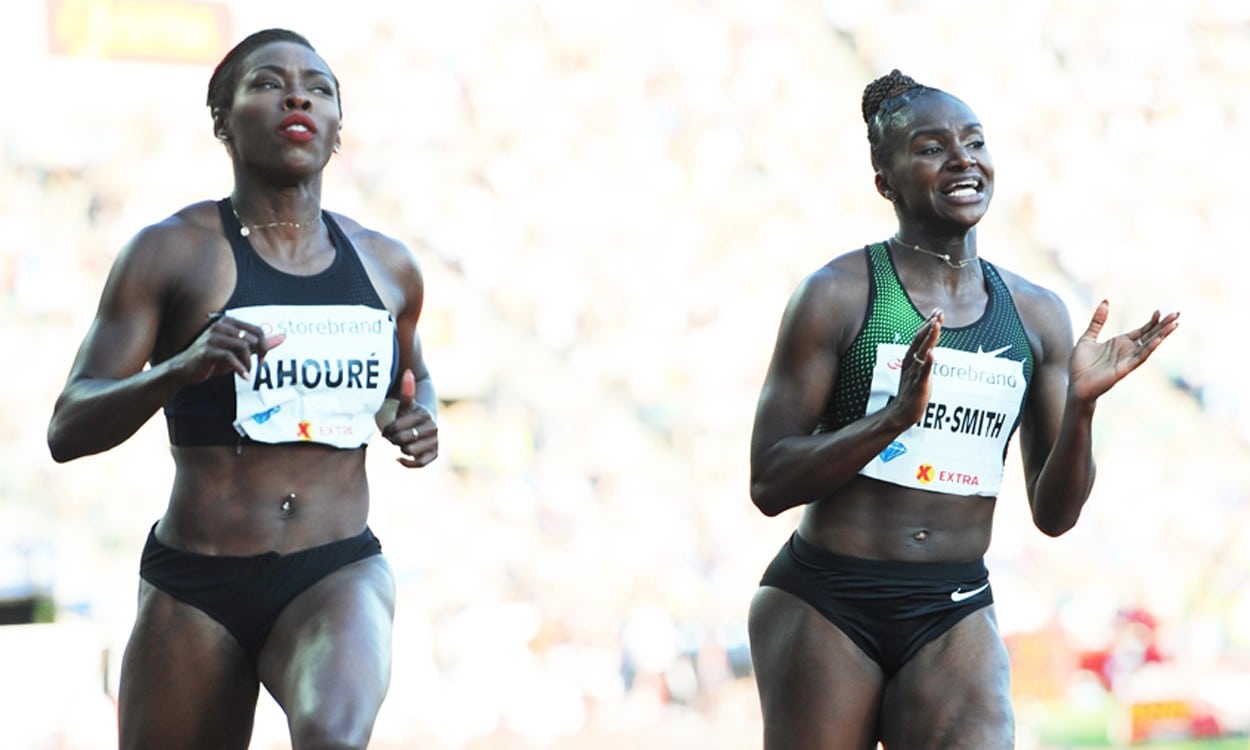 Dina Asher-Smith improved her own British 100m record with 10.92 (+1.6) for a close runner-up finish behind Murielle Ahouré at the Bislett Games in Oslo.

The 22-year-old, who also holds the British 200m record with her time of 22.07 from 2015, stormed across the finish line in warm conditions at the Bislett Stadium to take 0.07 from her previous 100m best which was also recorded three years ago.

“I’m over the moon, I can’t believe it!” said Asher-Smith, who finished fourth in the world 200m final and claimed 4x100m relay silver in London last summer despite breaking her foot earlier in the year.

“I’m so happy with how the race went and to get the British record is amazing.

“This year is all about focusing on the European Championships in Berlin in August, so I’ll use the IAAF Diamond League circuit to prepare for that,” added the 2016 European 200m champion, who next competes in Stockholm on Sunday.

“I’m free from university now so I can really focus on my racing.

“There were still bits of my race where I wasn’t happy but it is a process and hopefully I am looking to go quicker as the season goes on.”

There was a second consecutive Scottish winner of the 1500m as, 12 months after Jake Wightman finished first, Chris O’Hare claimed victory in an exciting race, clocking 3:35.96. With the sell-out crowd on their feet, USA’s Robby Andrews was second in 3:36.05 and home favourite Jakob Ingebrigtsen third, the 17-year-old running a 3:36.06 PB. 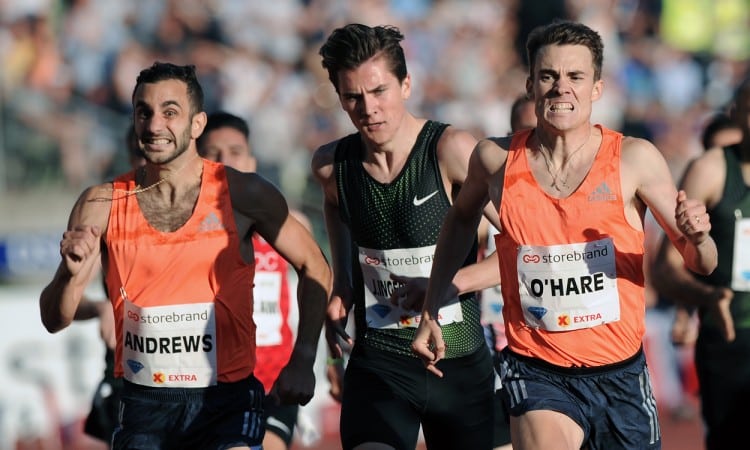 “I felt good,” said O’Hare. “I’ve had a rough six months after a great indoor season as I’ve been injured, so it’s been a tough road back. I wasn’t invited into the Dream Mile so I wanted to prove myself and I did. I had to go in the last 150m and try to stay smooth.”

In the 400m hurdles Qatar’s Abderrahman Samba again danced his way to victory, clocking 47.60 to win ahead of world champion Karsten Warholm’s 48.22 in front of a passionate home crowd.

Turkey’s world champion Ramil Guliyev won the 200m in 19.90 as Britain’s Adam Gemili finished fourth in a season’s best of 20.21 as he continues his return following injury at the Commonwealth Games.

There was drama in the women’s 3000m steeplechase as one of the barriers was set at the men’s height for the first part of the race. Kenya’s 2015 world champion Hyvin Kiyeng Jepkemoi went on to win ahead of USA’s 2017 world champion Emma Coburn, 9:09.63 to 9:09.70, and Britain’s Commonwealth fourth-placer Rosie Clarke was ninth in 9:42.80.

New Zealand’s Tom Walsh won the shot put with his final throw of 22.29m, while Tatsiana Khaladovich of Belarus also saved her best throw until last in the javelin competition, her winning mark of 67.47m breaking the national record. Discus victory was claimed by Lithuania’s world champion Andrius Gudzius after a throw of 69.04m.

Jamaica’s Danielle Williams won the non-Diamond League 100m hurdles in 12.60 ahead of Alina Talay of Belarus with 12.63.

» See the June 14 AW for further coverage. Results can be found here