5 reasons to give trail running a try 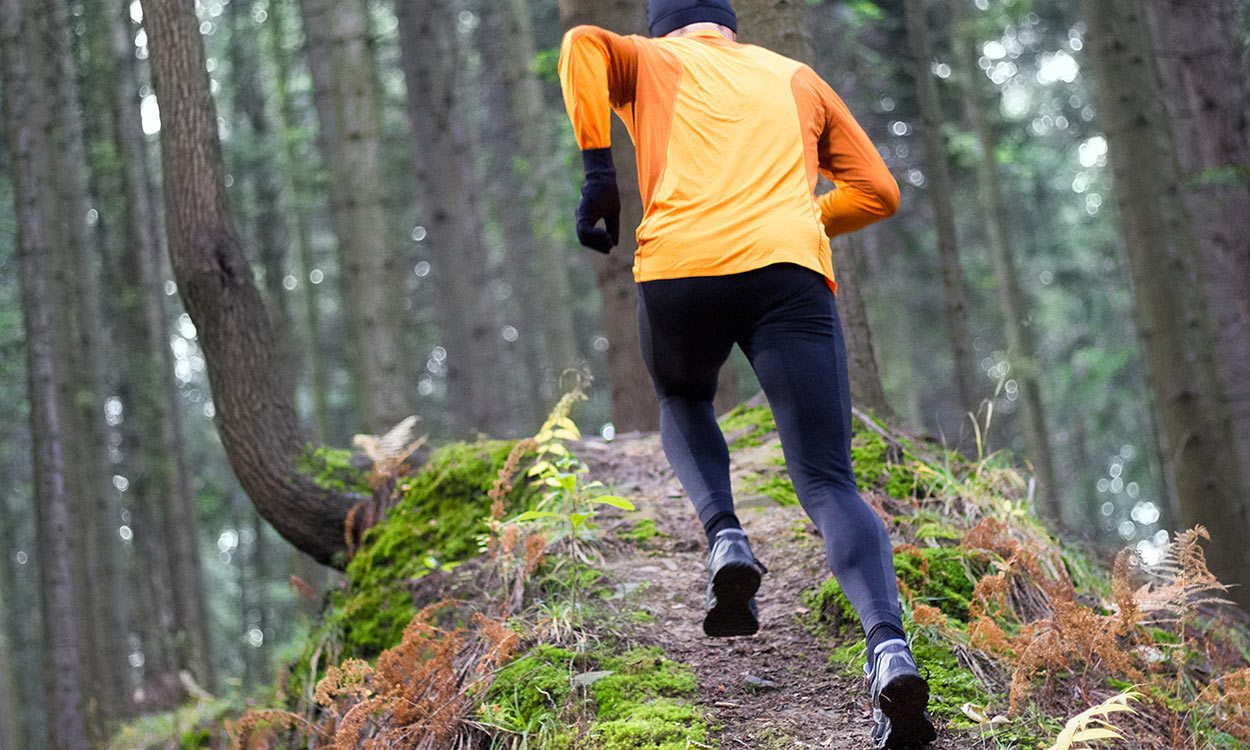 Peta Bee looks at the benefits running off-road can bring

Trail running has many health and fitness advantages, including some you may never have considered. Did you know, for example, that hitting the trails can boost your mental health leaving you less prone to depression? Or that trail running can enhance your sense of balance, reducing your risk of injury in the process?

Here are five ways your body and mind will benefit:

1. IT WILL BOOST YOUR MOOD

The more miles you log on trails, the better your mental health, according to scientists. Many studies have proven that spending time in green, open spaces boosts the mood and can be an antidote to mild depression.

In 2015, one such paper published in the Proceedings of the National Academy of Sciences shed light on why this might be the case. Greg Bratman, a researcher in Stanford University’s school of earth, energy and environmental sciences, asked a group of volunteers to complete either a 90-minute walk in a natural setting or to perform a walk of the same duration and intensity in an urban setting.

Back at his lab, the nature-walkers reported decreased rumination – defined as an “unrelenting cycle of negative thoughts associated with increased risk of depression and other mental illnesses”. What’s more, MRI scans of their brains revealed decreased neural activity in the subgenual prefrontal cortex, a part of the brain associated with mental illness. The walk literally changed their brain.

The urban-walkers displayed no such positive changes to mood and brain activity.

“Run on muddy, sandy or grassy ground and your leg muscles need to work harder to push upwards and forwards for each stride,” Dr Phil Hayes, a sports scientist at Northumbria University, says.

“There is none of that extra effort on a treadmill and less of it on tarmac and concrete.”

In May, a study by a team of French and Italian sports scientists proved that that you need to run 15 per cent faster on a treadmill to match the energy you’d use running on trails.

But why? The scientists suggested it might be because the belt of the treadmill acts as a spring for the legs, making it less strenuous. Undulations and air resistance are also greater outdoors while up to 10 per cent fewer calories are used while running on harder surfaces than on trails.

Any running can be invigorating and reduce anxiety levels, but the enjoyment that comes from running may be more pronounced if it is in beautiful surroundings, according to a recent study by researchers in Austria.

Reporting in the journal PLOS One in June, scientists from the University of Innsbruck asked volunteers to complete several three-hour walks, including one in the mountains above the Austrian town with a guide. Participants were asked to wear heart rate monitors and physical as well as emotional measures were assessed throughout the trek.

Several days later, they repeated the session on a treadmill with inclines set to simulate the hike for the first half of the activity. Results showed that the mountain trails were objectively the most strenuous of the sessions although, for most of the participants, the outdoor trails had felt less strenuous than their time on the treadmill.

Psychological mood scores were also higher after hitting the trails than the treadmill workout, suggesting that enjoyment was much greater in the natural surroundings. Martin Niedermeier, a professor of sport science at the University of Innsbruck who led the study, said it proved that trail-based activities are “more pleasurable”.

Variable terrain, uneven surfaces and plenty of hills mean that your sense of balance and proprioception – your sense and awareness of the position of your body parts – will improve the more you run on trails.

“On trails, you need to be more aware of your surroundings, keeping focused roughly six strides ahead to enable you pick the safest way forward,” says Professor John Brewer, head of the school of sport, health and applied science at St Mary’s University and author of Run Smart (Bloomsbury, £12.99). “The more of it you do, the better your sense of balance and your ability to negotiate tricky changes in direction and surface becomes.”

This translates into direct benefits for running on all surfaces. It’s the proprioceptor muscle sensors that inform your tendons and muscles to fire into action when you are about to fall, trip or turn on your ankle.

Studies have shown that, with better awareness of the ankle’s position relative to the ground and other obstacles, as well as stronger muscles controlling the ankle, subjects were less likely to suffer sprains to the joint.

When researchers have compared treadmill running with trail, they have shown that many runners adopt a more upright posture on treadmills, resulting in less energy being available for forward momentum.

“On a treadmill, they hit the ground much more flat-footed,” says Dr Sharon Dixon, a senior lecturer in sports biomechanics at the University of Exeter. “On the road or grass they land on the heel and roll to the mid-foot, which offers more cushioning from the impact.”

Trail runners become more efficient at running down as well as uphill, studies have shown.

In short, the more you run on undulating trails, the better and more efficient a runner you become.