How to master the art of long jump 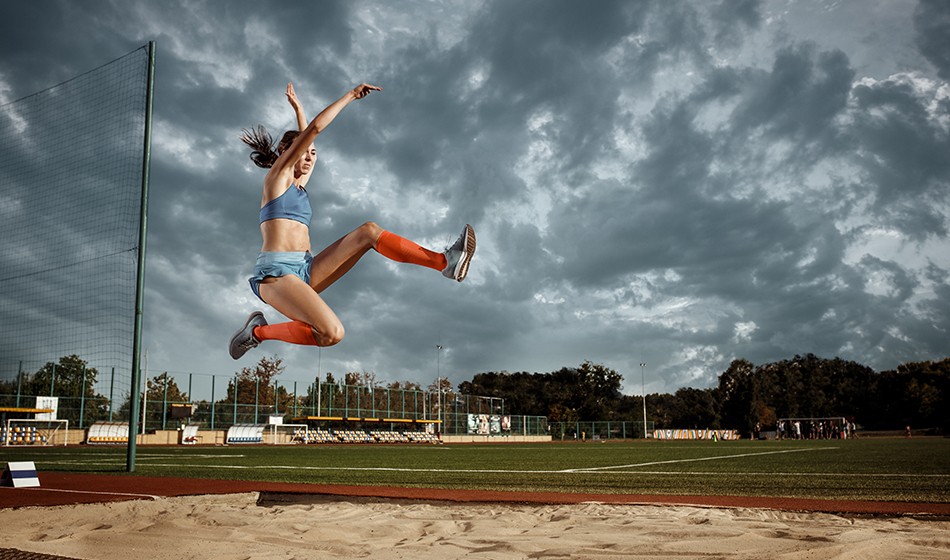 To be a good long jumper you have be a very capable sprinter. The fastest elite males will be taking off at near to 11 metres a second and females not too far off 10m/sec. At take-off the jumper will need to overcome multiple times their bodyweight in milliseconds (average 0.120sec) to project their body “out and up” into the air.

On top of all this is the small fact that they need to hit the 20cm take-off board in the right position from a run-up that is normally between 35 and 45 metres in length without no-jumping.

After all, if it were that easy then the plentiful supply of men who can run the 100m in under 10 seconds would be challenging the long jump world record if they decided to use their speed for the event.

Speed is the most important physical quality when it comes to jumping far. No matter how “springy” or powerful a jumper is, if they don’t have gas then they won’t jump far enough. 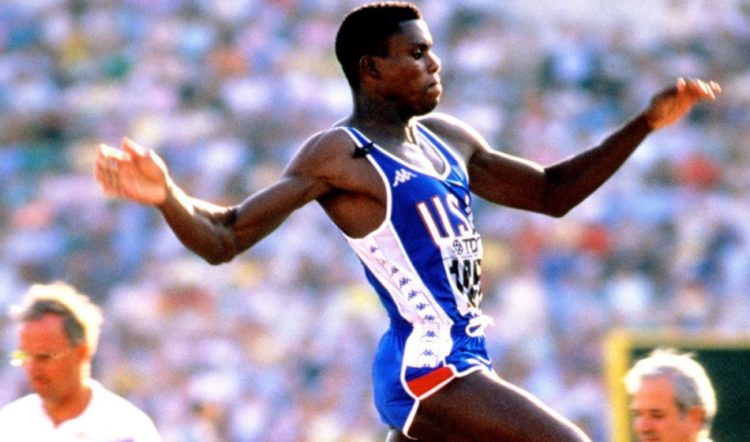 Secondary to speed in terms of jumping far is the ability to turn horizontal velocity into distance. We are talking about the take-off and the qualities the physical jumper requires – specific power.

It’s worth noting that the take-off should actually be seen as a collective of steps starting from the third out from the board to the take-off step itself. What happens on that third step out and the penultimate is crucial to setting up a great jump.

The long jumper will normally have a natural ability to run and jump – to be able to lift out of speed. This quality is what differentiates them from sprinters who may try the event and tear down the run-up, only to take-off and skim the sand without being able to generate any lift or real distance.

The elastic qualities of the long jumper, although often inherent, have to be trained in order to maximise their jump and this can take years of specific conditioning.

Plyometrics (hopping and bounding) and in particular drop jumps are crucial in this respect. The latter requires the athlete to, for example, step off a platform anywhere between 20cm to one metre high to land on one or both feet and react as quickly as they can to the contact to jump upward (or forward).

Drop jumps and other plyometrics, as well as weight training and sprint training, develop what’s known as leg stiffness. Enhanced leg stiffness is crucial to jumping further and sprinting faster.

Weight training is also a requirement for long jump conditioning – however, its usage must be prudent, and it must fit into a training programme which specifically and progressively channels the strength developed into sprint speed and take-off ability.

Strength for the sake of strength is a red herring for all events and not just the long jump. Specific, transferable strength is what’s required.

Some jumpers may have more of a need for weight training than others and but I believe, and has shown through my own coaching successes, that it’s possible to jump far without a heavy emphasis on weights.

If a long jumper has not optimised their technique, which includes the take-off and the setting up of the take-off, then they will never reach their ultimate potential.

It has to be stressed that the run-up and the sprinting required is itself specific long jump technique.

At take-off the jumper’s body will be subject to rotational forces – whatever he or she does in the air will not physically power them further.

The actions that are performed for the common long jump techniques of the hang and hitch-hick are there to combat rotation and enable the jumper to land optimally. If the jumper sits back this is an indicator of backward rotation and if they fall forward, forward rotation.

It needs to be stressed that unless the take-off is optimised then the jumper will invariably suffer negatively from rotational forces, regardless of having a good hitch or hang.

Because of this, continued practise of the take-off is a fundamental inclusion of long jump training all year round. This can be achieved from numerous take-off drills and from jumps into the sand from run-ups of various lengths, with the sole focus being on the take-off and its set-up. 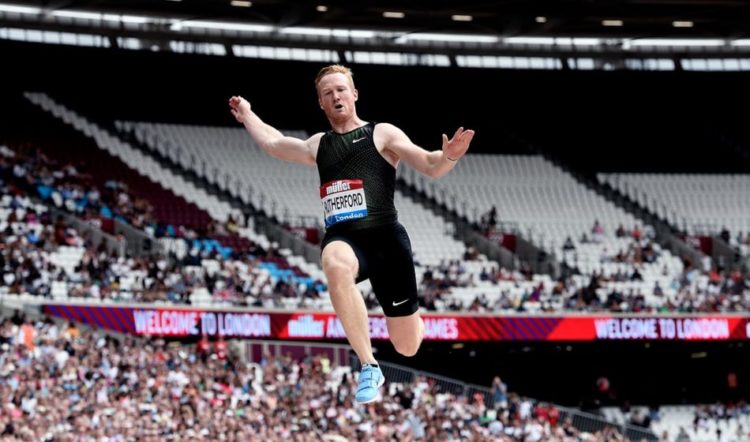 The long jump is not, as is often said, “a sprint with a high jump at the end”. The take-off angle for the long jump compared with the high jump is very shallow, circa 22-24 degrees.

This is due to the need to maximise speed over the board. If you try to jump high, then the contact on the board will be increased and the speed into the jump decreased.

Speed into and off the board, coupled with an optimised take-off and mid-air technique is crucial, so  you can see why it isn’t a good idea to jump high.

Tajay Gayle: The Doha world champion is a great exponent of the 2.5 hitch-kick. He has a superb take-off and doesn’t rush into the hitch-kick. He is also very fast.

Ivana Spanovic: The multi medal-winning Serb is a great exponet of the 1.5 hitch-kick. She is able to transfer her great strength – she jumped 6.40m at age 15! – into a very effective take-off and hitch. 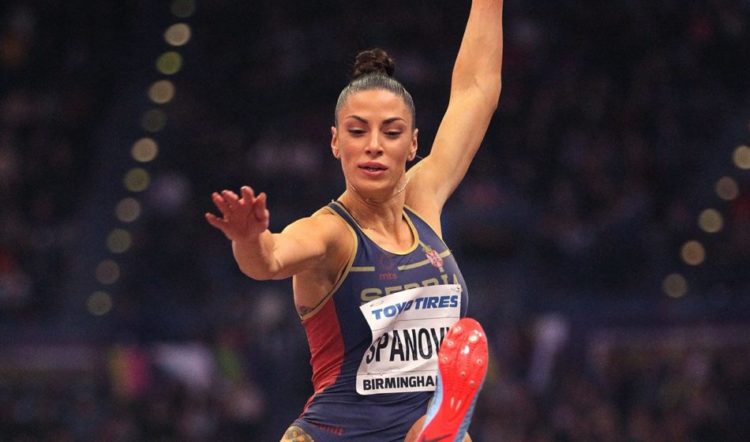 Brittney Reese: The American’s hang technique took her to Olympic gold in 2012, not to mention four outdoor and three indoor world titles.

Hang: after take-off, the jumper lifts their arms overhead and drops both legs down whilst pressing their hips forwards into a “C” shape before lifting their legs into the landing position.

Hitch-hick: after take-off, the jumper continues to run in the air to complete normally, one of two cycles before a half cycle to bring the legs into the landing position – hence the 1.5 and 2.5 hitch-kick variants.

There are many variations of the above, such as hybrid versions like the hitch-hang and various  accompanying arm actions.

For young athletes, a simple way to calculate the length of the run-up is to get the athlete to sprint towards you and, at the point where they begin to slow down, place a mark.

As mentioned previously no matter what stage the jumper is in their career run-ups must be constantly practised over and over again.

Acceleration must be deliberate and speed must increase until optimum speed is achieved near to and at take-off. Due to the mechanics of setting up the jump there will be some deceleration.

Each jumper must fully learn and understand the rhythm of their run-up. One further tip, it’s always best to do run-ups at the pit with a take-off.

» The author, John Shepherd, is a coach and former international long jumper and you can follow him here