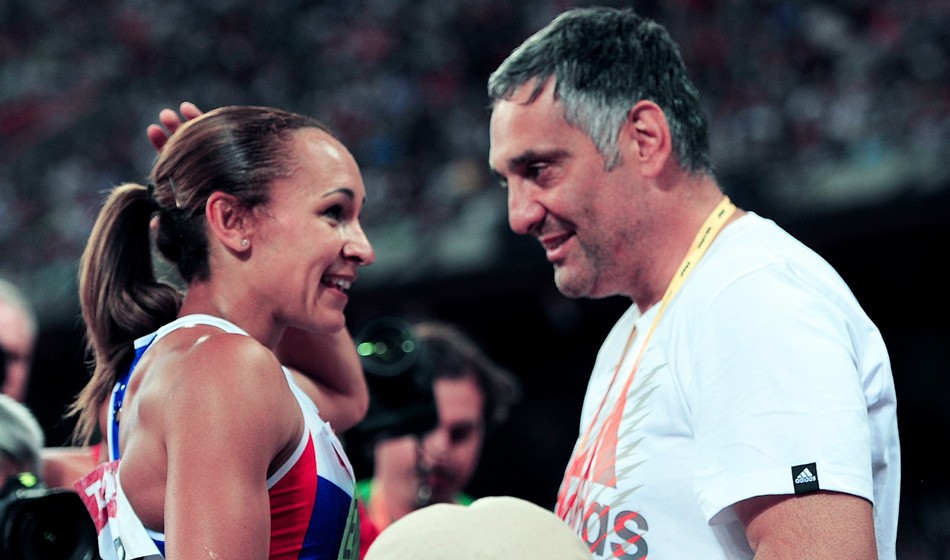 Normally, the big question for an athlete is: “What am I training for?” But this has been tough to answer over the past eight months.

During lockdown earlier this year I asked my athletes firstly if they wanted to try to compete or not, which is a straightforward ‘yes/no’ answer. Then I asked what facilities were available to them. Then, based on the answers to those two questions, I began to shape individually what they were going to do. It was all about what the athlete could do once they made those critical decisions.

If they wanted to compete then they needed to be prepared to compete and to be fast and be doing technical work and so on. If they had facilities or a gym, then the outcome would be the same, so we’d work out how to do it.

If they didn’t want to compete, it would be different and we would be training to stay fit and to make physiological improvements where possible. If they were doing that, then we might add non-competition testing in their programme, such as time trials.

“As an athlete you are building a pyramid. You are putting a layer on year on year. Sometimes, such as maybe this coronavirus-hit season, you have put the layer on but just don’t get to cash in at the end and compete. But importantly the layer is still there”

One of the athletes I coach, for example, the heptathlete and Sheffield Hallam student Jade O’Dowda, improved her indoor pentathlon best by a couple of hundred points at the very start of the year and we were going to go to Italy to compete in April.

But when the pandemic broke out – in Italy more than anywhere else to start with – the competition was cancelled and when the English Champs were also called off, with no heptathlons this summer, she decided she did not want to compete this summer.

She went to stay with her brother, Callum, who plays for Bristol City FC and he had weights in his house and an exercise bike and access to football pitches. So I gave her sessions to do on the bike and exercises to do with the weights.

The football pitch was great too as she was on grass, so she did running with short recoveries and low-level plyometrics to make physical developments. There were no facilities for a while for field events but she was able to do drills like skipping for long jump, take-off and throwing drills – and so on.

Then she went back to stay with her parents in Oxford and the track there had opened up with limited use. We couldn’t do high jump but we could do a bit of hurdling, and throwing, we could run on a track and our opportunities opened up. Jade was able to find progress in certain areas such as her 800m ability for instance.

If you imagine as an athlete you are building a pyramid. You are putting a layer on year on year. And sometimes, such as maybe this coronavirus-hit season, you have put the layer on but just don’t get to cash in at the end and compete. But importantly the layer is still there.

In 2008 Jess (Ennis-Hill, pictured above with Minichiello) missed the Olympics. She did a whole winter’s training and we had decided not to do an indoor season because we were preparing for the Beijing Games.

She did a lot of work until May but then she twanged her foot. However, we’d put cash in the bank and made physical inroads and she was stronger in the gym and quicker on the track.

So, for athletes moving forward now, you have to ask whether you have made those physical changes and if you have then that’s the new level that you’ve got to step on from. Don’t automatically think you’re a layer lower down from where you were before.

You might no longer be a 12.00 sprinter but instead you might be an 11.8 sprinter. If so, train from there.

Don’t think “I didn’t get to race so I didn’t get to find out if I’m an 11.8 sprinter and so I’ll continue to train like I’m a 12-second sprinter”. If you do that you’ll be static and not improve. You need to keep moving forward.

The body loves confusion. You need to stress it in order to get the enhancement. And the way to find out if you’ve made the enhancement is to test it.

If you’ve not been able to test it through the traditional stopwatch or tape measure in competition, then you have to test it in another way. So with Jade, for example, she time trialled a 500m and 300m with a minute recovery to find out if she’s enhanced her 800m – and she has and it’s moved on.

“The body loves confusion. You need to stress it in order to get the enhancement”

There is a lot of work that coaches need to do in assessing where their athlete is now. Likewise, if you’ve done absolutely nothing then you may have made steps backwards and, for every step backwards, you need to work to get back to where you used to be, before you can advance. Otherwise injury is a likely outcome. The body needs stress to adapt but too much stress and it can break.

As for coming months, it’s very hard to tell, for example, if we’re going to have an indoor season. So the best we can do is make a plan and be prepared to change it.

I have a “glass half-full” attitude, so we might very well have a season and we’re preparing for that. We will still be training hard and we will be stepping forwards. We just won’t potentially get to cash in during the indoor season.

Even the competitions next summer are in some doubt but the only thing I can do as a coach is make my athlete physically fitter, physically stronger, more efficient and technically better wherever I can in the environment they’ve got. That’s still my goal, even though I might not get to see them compete.

The coach-athlete relationship is fundamental and whether we have Covid or not then a coach should be able to say: “This is our plan”.

» One of Britain’s best known and most successful coaches, Toni Minichiello guided Jessica Ennis-Hill from 13-year-old novice to the top of the Olympic podium. He was named Sportscoach UK coach of the year in 2012 and continues to help athletes primarily based in Sheffield

» A version of this feature was first published in the October edition of AW magazine, which is available to order online in print here and read digitally here