How They Train: Jake Heyward 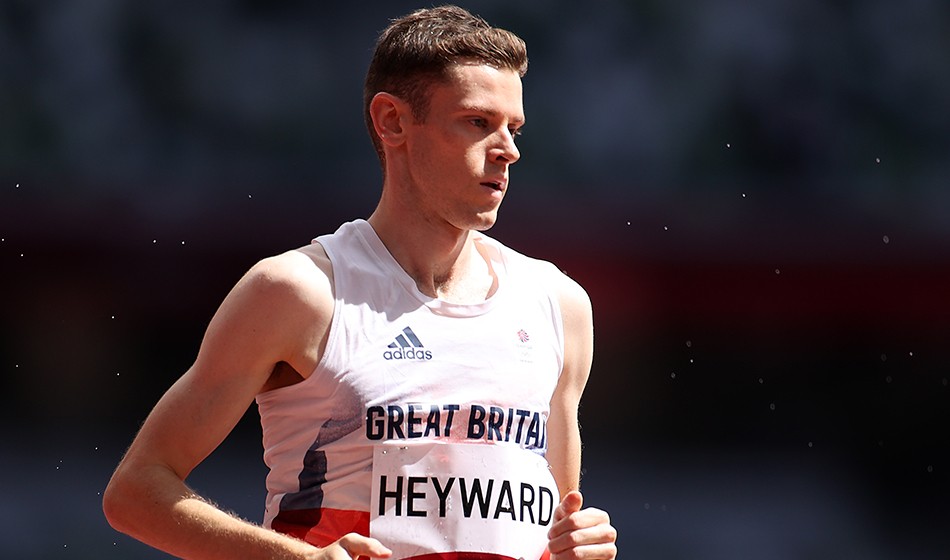 Jake Heyward at the Olympics (Getty)

Olympic 1500m finalist Jake Heyward finished his 2021 track season on a high after a 3:52.15 mile PB and Welsh record at the Wanda Diamond League Prefontaine Classic on August 21.

The 22-year-old Cardiff University graduate –  a former European under-18 and under-20 1500m champion – trains with the Nike-supported Oregon Track Club in Eugene under the guidance of respected coach and former athlete Mark Rowland, the Olympic steeplechase bronze medallist in Seoul 1988 and British record-holder.

“I’ve had a good year, but I don’t want to get greedy,” he says, appreciative of the fact he has been back in action at all.

“There’s a lot of emphasis around the ‘control’ of a training session for me – it might sound crazy to some people but it’s very rare that I would work really hard in a track session. Mark knows how much of a stimulus I need without overdoing it. I also enjoy anytime we do speedwork – 150s or 200s.”

Home from home, of course, is Eugene, and with the 2022 World Championships which will be staged there less than a year away, Heyward – who runs past the stadium every day – has an exciting reminder of what’s to come, as well as an opportunity to reflect on what it’s taken to get to this point.

“Those in my corner know how difficult the past couple of years have been,” he wrote on Instagram earlier this summer. “The majority of people only see the end result. They don’t see the behind the scenes struggle day to day. Sport is a rollercoaster of a journey and you can never take anything from granted. How you handle the low points and bounce back from them is what’s important.

“To anyone who is struggling with injuries or lows for whatever reason…don’t lose faith, stay patient, your time will come. Hard work always pays off and, I promise you, the highs are totally worth it.”

Jake Heyward’s training has been compromised as a result of his long-term injuries.

“My training is still not what it would normally be for most of the guys in the group,” he admits. “To be honest, a lot of my training this year has been cross training or training with the girls.”

The latter point is not condescending. The “girls” include Sally Kipyego, Olympic 10,000m silver medallist in London 2012 and 17th in this summer’s Olympic marathon, while the men in the OTC Elite group include Nijel Amos, Hassan Mead, Patrick Tiernan, Will Paulson and Vince Ciattei.

Tuesday: track or trail session depending on time of year such as 800m or 1km reps at 10km pace

Thursday: tempo – for example four miles worth of volume. “We all go on individual pace,” says Heyward. “It’s quite important that we run to our own heart rate and our own pace. So sometimes, depending on the time of year, I’d run with Sally [Kipyego], or I’d start with the boys but as they pick up I’d stay back.”

Sunday: 60min easy run. “I run slow, between 7-8min/mile pace. I think the best athletes run slow, but it takes confidence. If I was going to give advice to anyone – it would literally be that just because you can do something (such as run fast), it doesn’t mean you should.”

In addition to core training, Heyward does mobility work, particularly working on his thoracic mobility.

» This article first appeared in AW magazine, which you can buy here