From parkrun to track 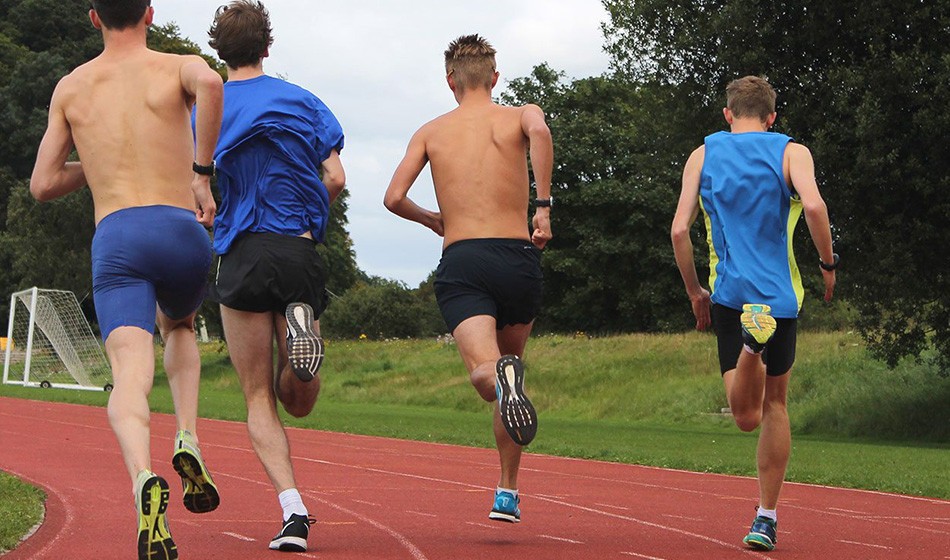 If you’re mainly a parkrunner and more used to hitting the road or cross-country events, can you enjoy track running? David Lowes offers his thoughts

Parkruns have introduced a new wave of previously sedentary people to running and the health benefits that it can bring. Some may enjoy a 5km social jog just to get fitter while many turn out week after week with the desire to improve as their primary goal.

The proliferation of parkruns held every Saturday also serve a purpose for the club – and even elite middle-distance runners, who prefer a shorter, hard road workout to test their training progress. A parkrun therefore throws up many different participatory reasons and “running types”.

Although times approaching 30 minutes – and even much slower – may be commonplace at parkruns, let’s not forget some fantastic performances have been recorded, too.

At the time of publication the records for these runs were 13:48 for men and 15:50 for women – classy times on the track but truly exceptional on a parkrun circuit.

If these weekend events attract masses of slower runners, is there an opportunity for some who are slightly fleeter of foot to attempt racing on the track? Maybe, but we should first look at the logistics of endurance running from a more overall perspective.

There is obviously a winter and a summer season. The winter months are geared towards cross-country and road running, where the slower runners get the opportunity to line-up alongside elite athletes. Once the gun goes, one category will speed off toward the horizon while the other can only watch in envy.

This is not a criticism – it’s what makes the sport a spectacle with big fields snaking their way around the countryside and city streets.

At national and regional championship level the gap between the first runner and last is always vast in winter events. Come the summer season, and with track at the forefront, races are much more specific and even elitist. And although finishing a distance behind the leading pack over grassland and the streets can be demoralising, on the track over 5000/10,000m it can be seen to be soul destroying once runners are lapped.

If you have the desire and the will to make some changes you can step from the parkrun to the track. Racing on a 400m oval is a bit of an acquired skill – it’s more specialised because of the restraints on space and, as noted, more elitist – getting an entry accepted into many races can require time standards.

On the flipside, the good thing is that most clubs compete in leagues and if there are graded races the opportunity may arise where our newbie track runner can compete against similar abilities.

For those who have never experienced track racing, pacing may be one of the most difficult skills to develop. Another could be the consistent quicker cadence needed.

However, like most things in life, if the required skills aren’t practised then it will always be difficult, if not impossible.

Then there’s footwear. For those who haven’t experienced running in track spikes it may well come as a shock, and a painful one at that, with tight calf muscles being just one possible outcome.

Of course, for the heel-to-toe runner, and the advantage of a synthetic surface, racing flats may be the preferred choice of footwear and also more conducive to better performance.

Track training sessions using many differing repetitions from 200m to 1600m will give the parkrunner a chance to utilise all the distances required to compete reasonably well – and more quickly – on the track.

Adding extra reps and reducing the recoveries will also help with the maintenance of running more aerobically. There will also be a need to do more quality sessions which include quicker paces, fewer reps and longer recoveries.

These latter training variations may not have been previously factored into training for many parkrunners, nor may they have experienced the resultant fatigue and higher heart rate levels that come with them compared to their parkrun training.

Track racing can be extremely tough. There is nowhere to hide for starters. Generally, there are no segments in a race where you can slow down significantly, unlike in cross country or on the roads where tight corners and steep hills necessitate adjusting stride length and cadence. Importantly, and somewhat obviously, there’s no mud on a track to slow you down either – although in reality some may disagree, as at certain points in a track race it may feel as if you are running through treacle, with the run to the line feeling, if not looking like, a very steep incline!

I’m not trying to put parkrunners off track racing. However, because of the specificity and smaller fields that generally include the better and more experienced runners, perhaps a little thought and honesty in the first instance needs to be taken before heading for it and racing.

Perhaps those who have embraced parkrun should have times of sub-16min for males and sub-18min for females in those 5km events before attempting a similar track distance.

Why? As previously mentioned the track highlights any lack of ability or fitness and although finishing 100m behind the leaders in a parkrun might seem not too bad, on a 400m synthetic surface the same deficit can feel cavernous.

Track is also generally an individualistic sport – which compares markedly with the embracing nature of parkrun – however, a club track league event may value an athlete’s participation in respect of gaining some valuable team points and where finite time is of secondary importance.

Whatever a runner’s preference is, however, one thing should not be forgotten, and that is cross country and road running will help stronger summer running – whether on the track or not.

In the same vein, the faster efforts in the summer will definitely enhance winter running by increasing cadence and thus helping with biomechanics.

And if ultimately track racing isn’t your chosen pursuit, don’t neglect to include some lung-bursting and lactate-fuelled efforts in your training. You’ll notice the difference once you get back to your winter parkruns.

HOW TO GET UP TO TRACK SPEED

» David Lowes is a freelance level 4 coach, athletics writer and photographer as well as BMC academy chair and event organiser