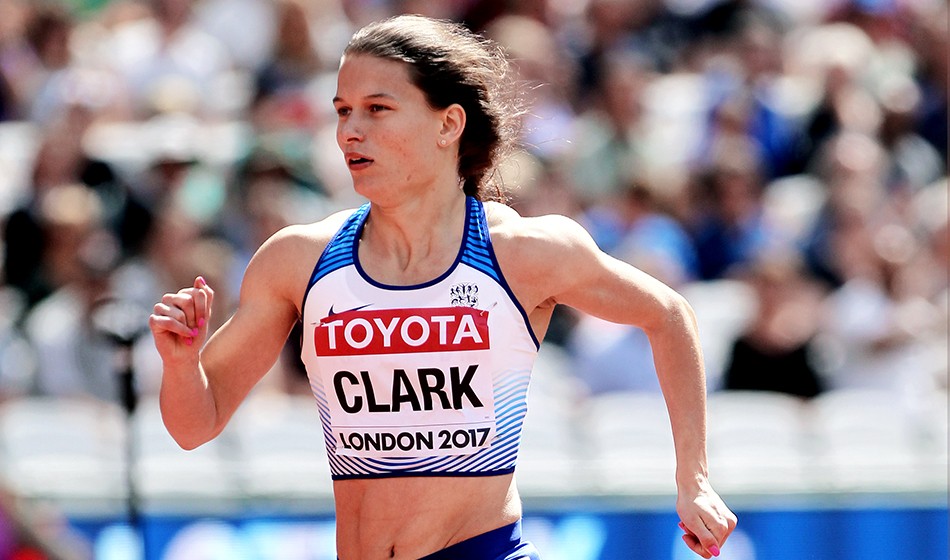 The fate of the Tokyo Olympics may be hanging in the balance, but one thing that is certain is Zoey Clark’s unbridled ambition to obtain selection for the world’s biggest sporting event, should it belatedly go ahead later this year.

The 400m specialist has been a fulcrum of the GB 4x400m relay team over the past four years, having won medals at both the World and European Championships – not to mention two national titles of her own. But this is Clark’s first serious tilt at Olympic Games selection, with injury and illness having wrecked her season in the build-up to Rio in 2016.

Fast-forward an Olympic cycle to 2021, and Clark is already backing up her Olympic ambition with results. Last month, the Aberdeen and Thames Valley Harrier competed for the first time since the 2019 World Championships in Doha, which now seems a lifetime ago. A time of 7.58 in the 60m may have been modest by her standards, but a clocking of 52.40 in the 400m saw her record her fastest ever season opener in the event.

The following weekend, Clark moved up a gear. She improved upon her previous 60m performance by 0.1, before running a highly impressive 52.03 in the 400m against Scottish teammate Beth Dobbin. Not only is this an indoor personal best – it is a time which is comfortably faster than that she won the British Indoor Championships in two years ago. With the Olympic qualifying time set by UK Athletics sitting at 51.35, one senses Clark is on the right track.

With few competitive opportunities availing themselves throughout the 2020 season, however, Clark admits that these stellar performances have come as something of a surprise.

“I know I’ve been training well, but sometimes there’s a bit of a disconnect between training and competition. If you don’t actually have the competition there to back it up, you’re still a bit uncertain of how you’re actually doing,” she says.

“Those performances did come as a bit of a nice surprise to me because they’re good times. But it’s not just the fact that I haven’t been racing for a year. I would be really happy to open with these sorts of times in any indoor season.”

As with every athlete over the past 11 months, limited access to facilities and the absence of face-to-face interaction with coaches have seen training sessions become something a problem-solving exercise. Yet this is something of an apt challenge for Clark who, as a chemical engineering graduate from Aberdeen University, takes such tests in her stride.

“I quite enjoyed figuring out how to train [at the start of lockdown]. I didn’t so much enjoy running in a field when the weather wasn’t great, but I looked at where I could go to train, and what the best outcome was. [It was about] how I could adapt my sessions and what would put me in the best position.”

Nonetheless, this style of adaptation seems to have served Clark well, as has – perhaps unexpectedly – the paucity of competitions last year.

“The last few competitive seasons I’ve had have been all over the place – I was running at times of year I would never normally be running in,” Clark explains, in reference to the Commonwealth Games in April 2018, and the World Championships in October the following year.

“This year has almost been like a hard reset. Obviously, I would like to have been racing. But this year, I felt like I was doing the right sessions at the right time of year. I wasn’t having to rush to prepare. I wasn’t trying to hold on to my fitness at the end of a long season.”

Nor has Clark had to endure long days of twiddling her thumbs whilst waiting for evening training sessions. Having been a full-time athlete since graduating from university in 2017, Clark landed a position at Wood Group as a graduate chemical engineer in September last year. But why trade all the recovery time?

“For me, I think having an intellectual outlet is really important,” she says. “I actually found that my breakthrough season in athletics in 2017 was the same year as my last year at university, which seems bizarre – you would think the stress would affect my performances.

“When I was a full-time athlete, there was a lot of downtime. It gave me too much time to think. If I didn’t have a good session, if that’s all I had going on, I’d worry about that a lot and waste energy on that.

“I actually do think that I train better when I’ve got work during the day. I almost feel like I’ve got a build-up of energy from doing the work, and when I come to training, I’m just very ready to do the session.”

And Clark is not the only athlete to have made a success of this method. She cites Jessie Knight, the British 400m hurdles champion, as an example of another athlete who is using full-time work to her advantage.

“I think the fact that Jessie Knight made a big breakthrough last year is really encouraging, because she was working – and still is working – as a teacher. When I saw her smashing her PBs and really just running amazingly, it did actually reassure me that it can be done.

And so Clark’s thoughts turn to the Olympic Games. She’s no stranger to competing at the highest level, of course, but given that the Olympic Games come around only every four years, competing for GB at Tokyo would rank as one of her biggest achievements.

“The World Championships feel like the highest level, but the Olympics is a step above. Because it’s a multi-sport competition, athletes come from all sports knowing this is the pinnacle of their career.

“It only comes around once every four years and World Championships are obviously more frequent than that. It’s something that’s harder to achieve, which is why the desire is there to make that team and perform.” 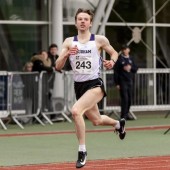