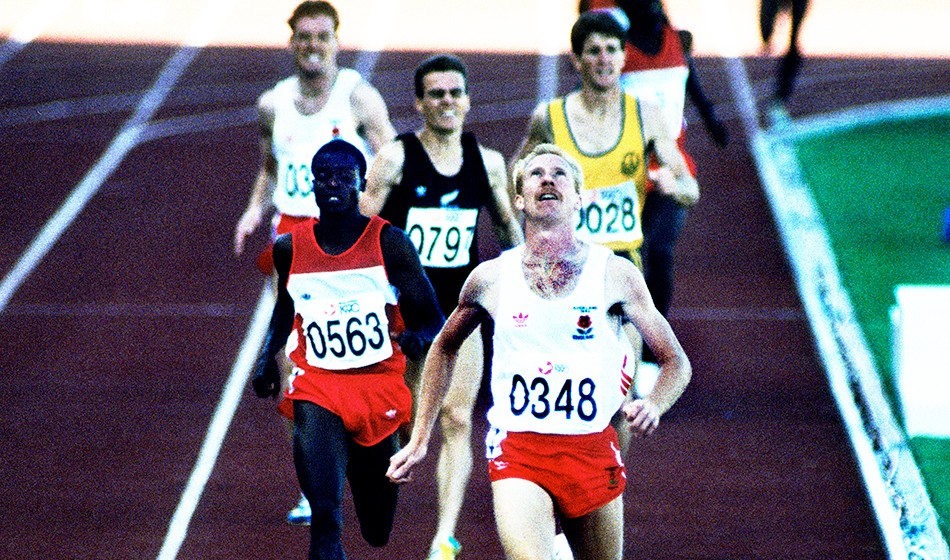 I was coming back from a stress fracture of the tibia during the summer of 1989. I’d got back to competing late in the season, about August time, and a few races I did went okay so I got selected for the 1500m at the Commonwealths along with Tony Morrell and Seb Coe, while Steve Cram was left out.

Then I flew out to flew out to New Zealand on January 1 rather than going to England’s training camp in Melbourne. It worked incredibly well. I did a secret time trial over 1200m. We managed to leak the time that I’d done so that my rivals could find out how well I was running.

In New Zealand, I stayed with a friend. I still obviously went into the Athlete Village and saw everybody else because I wanted that experience but if you’ve got a friend who’s offering you accommodation and it feels more like a home from home, then you take advantage of it.

I’d run an all-comers’ record for 1000m in Hamilton and I remember Brendan Foster coming up to me beforehand when it was very windy and he said: ‘Are you still going for this?’ I said ‘yes’ – and I did. The record had stood for something like 26 years but, three days later, a Kenyan athlete broke it again.

When the Games began, we had the heats of the 1500m on a very hot day. Seb was there to warm up and he had already run the 800m. It hadn’t gone particularly well due to a chest infection and he withdrew.

That removed one of my main rivals. I’d heard his training had been going well in Melbourne. I had felt: ‘finally we’re going to stand on the start line, and the best man will win, the best athlete will win’, so that was a disappointment. But there was no point in him being there if he wasn’t in the best shape or the best health.

The heat was a breeze and then the final just went as I wanted it to. Brendan came round to the house where I was staying on the morning of the race to do a BBC interview. He was asking who I was most concerned about and I said Australia’s Pat Scammell, which really surprised Brendan.

He’d expected me to say Tony Morrell or the Kenyans, Wilfred Kirochi or William Tanui. Kirochi was obviously the main rival but Scammell had a running action which was a little bit ungainly and he had a tendency to bring people down. 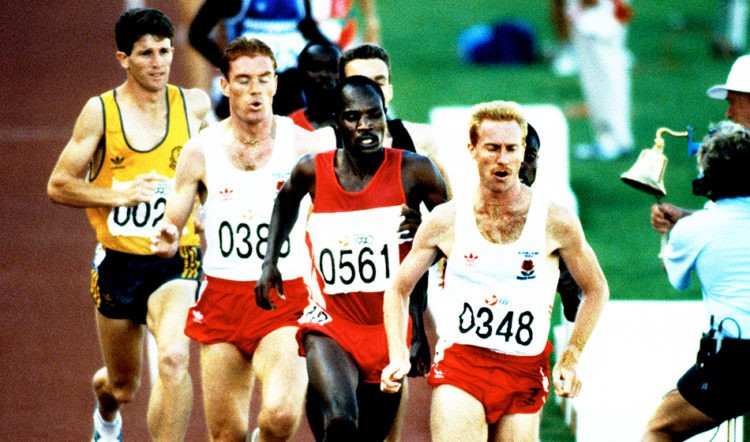 On the start line, I knew my training had gone well, I knew how all the races had gone. I drew on these quick times. It wasn’t particularly arrogance, more confidence, that I just thought: “I can’t be beaten here. It’s just my time.”

The gun went and Tanui acted as a pacemaker. He’d been ill, as I later found out, so Kenyan management, I think, had decided that he should take it out and try make it quick to aid Kirochi and particularly not me. But I couldn’t believe my luck and I sat in the pack. I was moving up on the lead group when I realised, behind us, that Scammell had brought John Walker and Dave Campbell down.

But I ran on. Each time I’d visualised or dreamt about the race, it always had the same ending: that I was clear with 50m to go. I took the lead at 500m. I didn’t do a big kick for home, I just kept increasing the pace. Then, at 150m to go, I kicked. I had the gap that I needed and it was nice to finally be a champion.

When I went over the line, I was aware that this was John Walker’s last ever competition for his country and we were at Mount Smart Stadium in his hometown. John had been training really well, but then he got kicked by one of his horses so that had an effect on him – and then he was brought down.

I didn’t particularly have heroes, but he certainly was someone that I’d followed over his career and we’d be out there – him with the black vest of New Zealand with my black vest of Rotherham Harriers. I had a lot of races on the circuit with John, from first going over and racing in New Zealand and Australia in 1983, and been on many trips together. It would have been nice if he could have got a medal.

I invited him on the lap of honour with me, which he was initially reluctant to do but I just said that he should come and say goodbye. It was funny – for all the publicity I got in the media the next day for the race, I got more for the fact that I’d actually brought John Walker on a lap of honour. 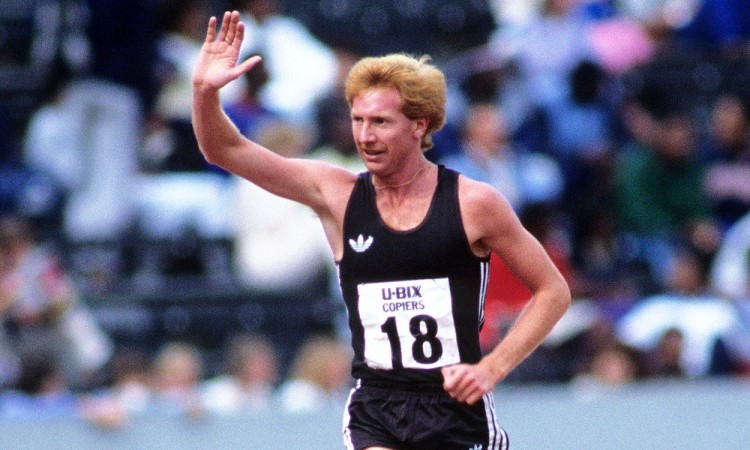 I was pleased, though, in having run a good time for the championship: 3:33.29 and ultimately that was my gold. It’s interesting – the Olympic 1500m silver medal from Seoul 1988 will always be higher than a Commonwealth gold, even though, in the Commonwealths, you are up against the Kenyans.

The Olympic medal obviously is more important, but the fact that I’d finally become a champion, and done it in a manner that is up there … everything fell into place. From me landing in New Zealand to that, it was almost like nothing could go wrong. It was just my time.

» This article first appeared in the December issue of AW magazine, which you can buy here