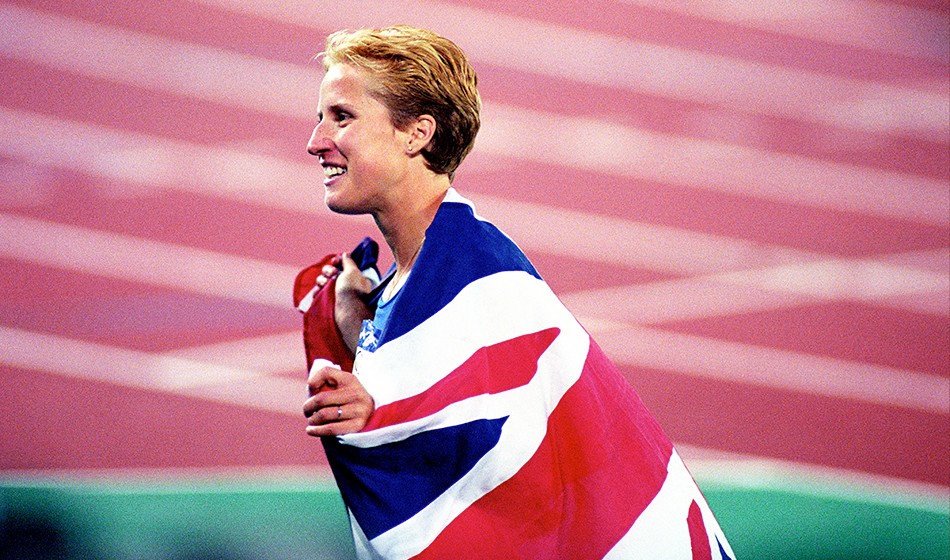 The former sprinter describes the Monday night, 20 years ago, when she landed Olympic bronze from a race written into Australian sporting legend

Sydney was my first full year of 400m running, so to come in as a medal contender was a bit surprising. I’d not been well and arrived on antibiotics but no-one knew, so it was hard coming through four rounds in four consecutive days, which they’d never do now.

I was hanging in there come the final, but I knew I was in shape to get a medal. I just had to deliver. It had helped that Marie-Jose Perec, the defending champion, didn’t turn up. She was supposed to be in my heat but she fled the country, blaming Cathy’s fans. So I was confident, even if the first target was to make sure I had one of those eight lanes for the final.

We got to the stadium and the call room was really quiet. There were no Americans who are usually the ones chatting away and telling you that you’re the one to beat.

Cathy (Freeman) was one of the last to come in. No-one was really looking at anybody else. There was just a total appreciation of this race, and the pressure Cathy was under. You knew it was going to be one of the biggest races in Olympic history, but everyone kept themselves to themselves. And then we lined up and walked out.

The noise was phenomenal. I’d never felt anything like that, the wall of sound that hit us as we walked in. As we came through the tunnels, it got louder and as soon as the crowd saw Cathy, it went wild. I was trying to concentrate but I just decided to embrace it. The cheers were immense and it didn’t stop until the starter called us to our marks. Then it stopped almost instantly. It was a total contrast.

I went back into proper race mode then. I zoomed in and concentrated. I’d practiced for this. The Americans call it practice for a reason. I knew every single part of the race that I had to deliver. The camera came across to me. I gave everyone a wave. My hands were going up and down but that was my reminder for the rhythm I needed to pull out of the blocks.

Then I was going to focus on the first 60m and then the next bit, one step at a time. But I was also telling myself: ‘don’t mess this up’. It was the last piece of advice my coach, Linford Christie, had said to me. There were almost two voices: the confident one that’s ready to rock and roll and go and win the thing – and the little one saying ‘don’t screw this up!’

I knew I had to get into a groove to set myself up for the whole 400m. I was lucky. I was in lane three. Lorraine Graham was outside me. Cathy was in lane six. And then off we went.

I was running well. Coming into the home straight, my mind was telling me Cathy, Lorraine and myself were in a straight line. Even watching it afterward, that’s how it seemed. Someone sent me a picture recently that I’d never seen before, and I was in the lead by about 12 inches. I had no idea at the time.

But I was fully aware the three of us were clear. It was about keeping going until the wheels fell off. Mine came off with 40m to go but I hung on. Lorraine hung on a little more and Cathy pulled away. But nothing was a disappointment when I crossed the line. I was so chuffed because it was a perfect race, my first time under 50 seconds. Tactically, I couldn’t have done any more. 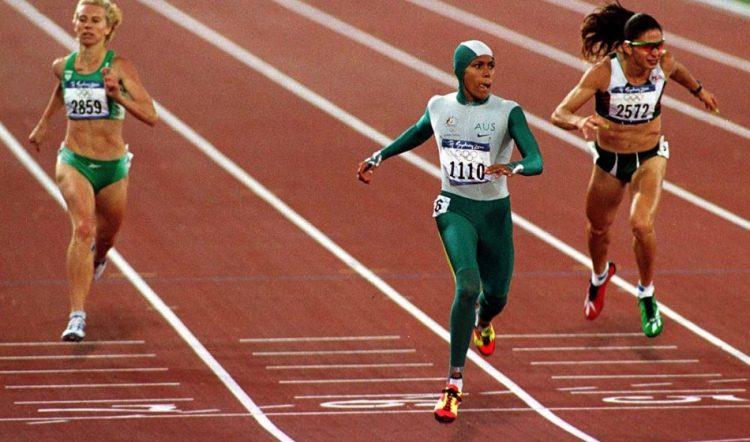 I did look at the video board for confirmation. Cathy’s 49.11 came up really quickly. Lorraine’s came up with her Jamaican record. Mine seemed to take ages, and I’m wondering if maybe I missed Olga Kotlyarova coming through in Lane 8. You just have to make sure. And then it flashed up. 49.72.

I went over to talk to Cathy and it was full of expletives, in a nice way. I was so pleased for her. We’d been competing since juniors. I was just gushing, saying: ‘Well done you, it’s so awesome.’ It was the fairy tale that she deserved and that people had expected. But delivering on expectations is never easy.

She sat there for ages on the track and didn’t move. It just drained her. She had to take a year off to recover. The emotion had built up since Sydney was awarded the 2000 Games. The pressure was immense on her.

Even in the press conference and medal ceremony, there was no emotion. It took a while for Cathy to process, whereas Lorraine and I were giggling away. It was just incredible to be a part of it.