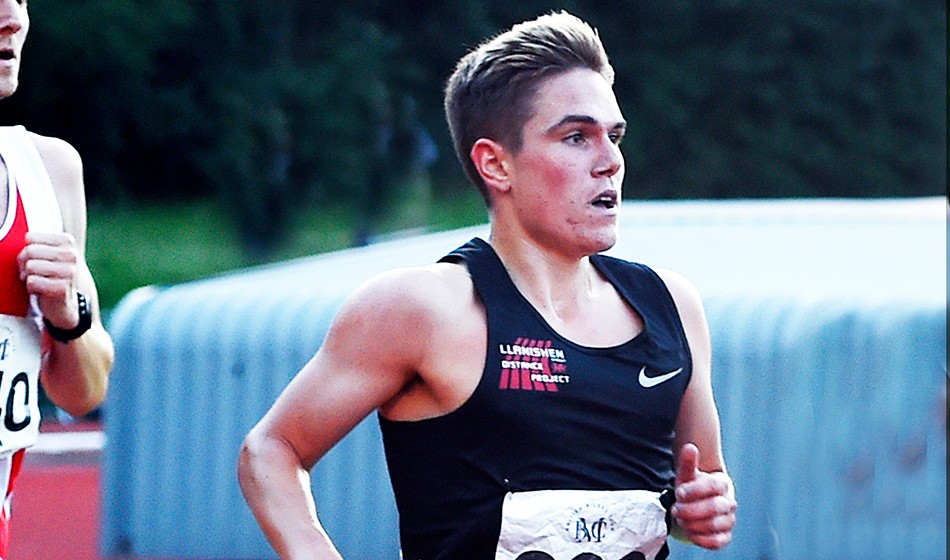 Distance runner on his achievements at the Cheshire Elite Marathon, describing himself as Forrest Gump and his Tokyo ambitions in the 10,000m

Speaking to Jake Smith, you still get the feeling he’s a bit taken aback by winning the Cheshire Elite Marathon as a pacemaker on April 25.

“It was just a crazy thing to think I’ve now done a marathon. If you’d asked me earlier this year if I’d have done a marathon, I’d say no chance. It was just one of those days which went so well and I just carried on,” he says.

“I don’t think there was anything in my head thinking that when I woke up that morning I’d do a marathon. My body just kept going. I compare myself to Forrest Gump where we both didn’t really think much, put our heads down and just kept running! I felt comfortable, I was in that tempo zone and I’d done it loads in training.”

Smith had taken up pacemaking duties for the marathon in Cheshire just a month after pacemaking the men’s race at the British Olympic Marathon Trials at Kew Gardens, in which Chris Thompson won with 2:10:52. Smith had exited that race at the 18-mile mark and only intended to run 17 miles two weeks ago but decided that he felt so good he’d see how he fared at running the entire 26.2 miles for the first time in his career.

He won. On his debut marathon. His time of 2:11:00 was 30 seconds within the Olympic qualifying time and just eight seconds off Thompson’s winning time in London a month earlier.

“When I paced the trials we went out a bit harder, Chris [Thompson] was a bit behind us and he was splitting the times quite well whereas the other group who went off hard might’ve started hurting towards the end.

“You think of what Thommo has achieved is something special. A lot of people have seen his finishing straight at the trials and it puts a lot of smiles on to a lot of people’s faces. To think I’m not even that far off his time is amazing to hear really,” the 22-year-old recalls.

What’s even more astounding is that, according to Smith’s coach James Thie, the distance runner took only one gel and didn’t take a drink for the race. He was only pacemaking after all.

“I do love my Nutella so the Nutella on bagels before the race kept me going I think! I’ve spoken to a lot of the marathon boys after the race and I didn’t realise how important drinks and water is in the marathon. It’s one of those things though, I’d never done it before. The only time I take gels is on a long run and if a product doesn’t work you can feel ill after. I was getting hungry at the end,” he tells AW.

“I was thinking ‘is this wall going to hit me?’ and I was expecting it at some point but it never came. Two days after I was thinking ‘why the hell have I just done that?’ and I have a lot of respect for marathon runners. I think the night of the race when I got back to Cardiff I didn’t leave the sofa for a few hours.”

The next aim for Smith is to figure out which races are going to take priority. Just four days before the marathon he ran 3:50.89 in a 1500m race and last October went third on the UK all-time men’s standings for the half-marathon, behind Callum Hawkins and Mo Farah, when he ran 60:31 at the World Athletics Half Marathon Championships.

“I love trying the different distances. I actually wouldn’t admit this but I think the 1500m is the worst event and probably hurts the most out of all of them as it’s a completely different ballgame. It’s a lot of fun trying all these events and I’ve said to my coach that this season I want to try the 1500m, 3000m, 5000m, all of them. I’m racing my coach over the 800m in a local BMC meet as well,” he says.

“When I’m 28 and a bit older I’ll probably be set on one distance by then so right now I’m just enjoying trying loads of distances, getting smashed by the shorter distance guys on the tracks but I’m enjoying it.”

His short term aim, at least, is to get the Olympic qualifying time in the 10,000m at the Müller British Athletics 10,000m Championships on June 5 in Birmingham .

“It’s all set on the 10,000m and I’m just set on focused on getting that time. It’s just going to be a free for all trying to hit the time and will be interesting, Whatever happens on that day, if I’ve run the Olympic time and three people run faster than me, I’ll have no complaints,” Smith adds.