Mo Farah believes that success is breeding success when it comes to British middle-distance running.

The four-time Olympic gold medallist recently had his European 1500m record broken by Norway’s Jakob Ingebrigtsen in Monaco but he feels that British athletes are raising the bar, too.

As noted by AW‘s stats guru Steve Smythe in our October relaunch magazine, British 800m running is enjoying an exciting renaissance in 2020, with the nation boasting five of the world’s top 15 men and 12 of the top 100 in the current rankings.

National champion Daniel Rowden (pictured above, racing Jake Wightman in Manchester) led a British 1-2-3 in Zagreb last month, clocking a big PB ahead of Elliot Giles and Jake Wightman, while Wightman also stormed to second on the UK 1500m all-time rankings with 3:29.47 in Monaco in August.

“It’s incredible to see the middle-distance – we’ve just raised the bar even higher,” Farah tells AW as part of an exclusive interview which features in the October edition of the now monthly magazine.

“In the 800m recently I think we had three guys running under 1:45. Since I ran decent at 1500m, there hasn’t been anyone really close but now there’s Jake Wightman and other guys.

“What’s the difference with what (Jakob) Ingebrigtsen is doing and mixing in with the Kenyan guys – why are we any different?

“It’s one of those things where we always thought, back in the day, we can never beat them and I guess it’s that mentality. You start to believe that, you start to go ‘I can’t do it’.

“If you tell yourself you can’t do it, how are you supposed to get there?” 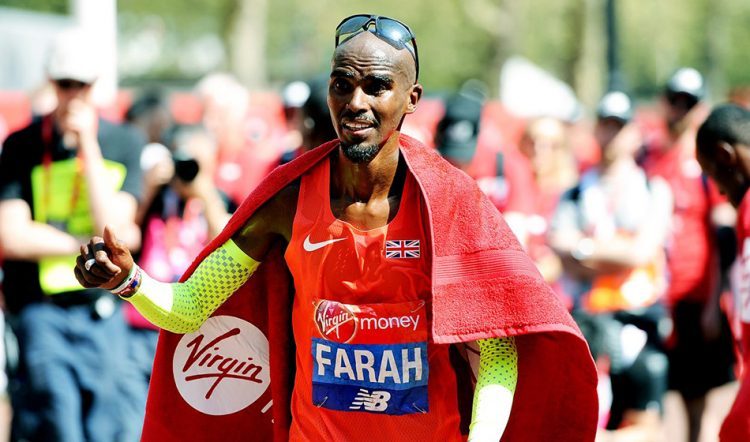 While still focused on his own competitive running career, with the 10,000m at next year’s Olympics in Tokyo firmly in his sights, Farah is enjoying the mentoring role he has found himself taking on, with an eye on a future coaching career.

Another step on that journey comes at this weekend’s Virgin Money London Marathon.

Forming part of the pacemaking team, he will be aiming to guide some of Britain’s Olympic hopefuls towards the 2:11:30 qualification time for Tokyo.

“I was on a training camp in Font-Romeu and a lot of British guys are doing it (the London Marathon) and the organisers asked me if it would be possible for me to pace the British guys and see if they can get the Olympic qualifying time,” Farah explains.

» See the October edition of AW magazine for more from an interview with Mo Farah, as well as a look ahead to Sunday’s London Marathon and analysis of Britain’s middle-distance talent