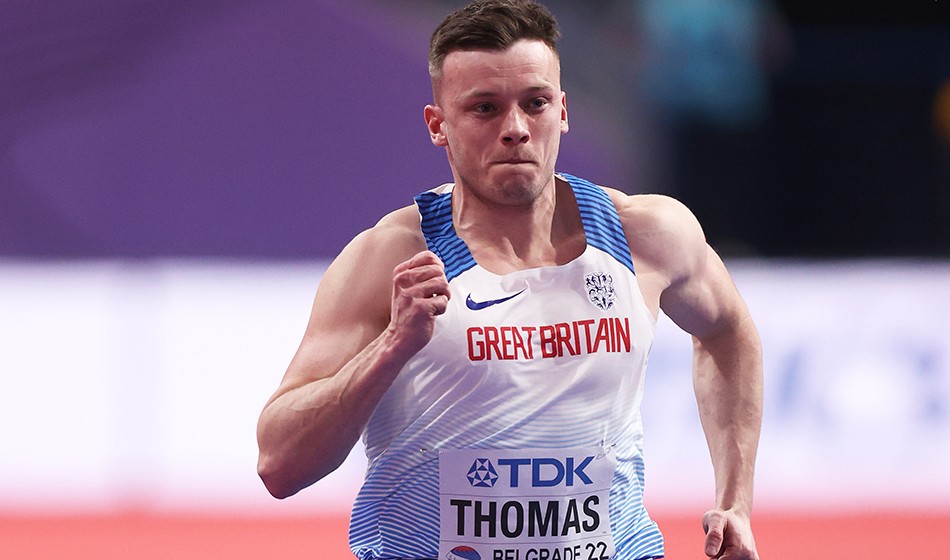 “Smile, it’s free therapy” – or so the saying goes. Sometimes, however, some additional support can be necessary to recalibrate and progress.

When Adam Thomas spoke to AW following his fifth place in the 60m at the World Indoor Championships in Belgrade, he was deservedly beaming, but it wasn’t always so.

At the onset of the coronavirus pandemic, and after a tough period mentally, the former Loughborough student returned home to Bracknell and went in search of himself.

A familiar environment, a new coach and a sports psychologist were key components of a comeback that remains a work in progress, but now moves along a trajectory which was previously unimaginable.

“Although Covid was obviously an awful thing to happen, it was actually quite a good thing for me because it allowed me to come home and reassess and reset,” says the British indoor 60m champion and Scottish national record-holder (6.56). 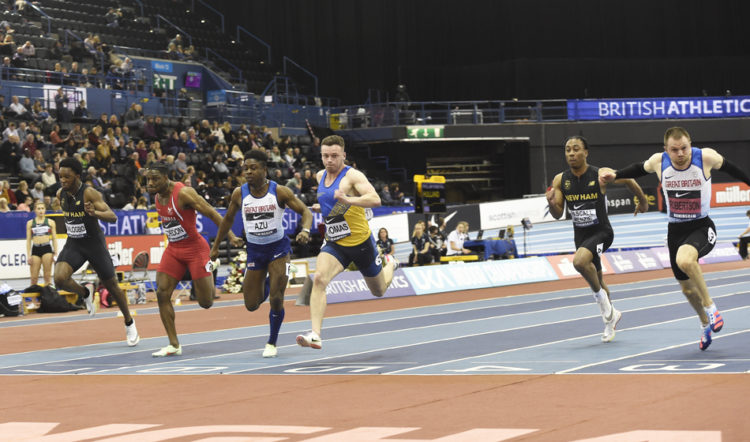 “My good friend and now-coach [Laurance Kingsbury] saw me and said I didn’t look myself. I’m always quite smiley and I definitely wasn’t at that point, so he knew something was up. That’s when I knew I needed to make a change.

“I started to work with a sports psychologist … you go on a journey together and after every session you come out feeling like you understand yourself a little more. Before, I’d go into competitions and my emotions would get the better of me and I wouldn’t run to my ability … so it was important for me to understand how to function on race day.

“The sport might be 90 per cent physical, but if that last 10 per cent [mental] is blocking you, you’re not going to be able to deliver.”

Thomas says his victory at February’s UK Indoor Championships – and resultant selection for the World Indoors – was at last a true reflection of his fitness. He was nervous going into the championships, but the warm welcome he received enabled him to relax and be himself.

“Everyone on the team was amazing,” he reflects. “Darren Campbell [British Athletics head of short sprints and relays], Christian Malcolm [head coach]… the whole team. I’d never met Darren before, but I’d looked up to him as an athlete and to have him put his arm around me and tell me all the things you want to hear on race day … those guys were awesome and their reaction after the semi was everything.”

Eligible to compete for Scotland courtesy of his Aberdeen-born mum, Thomas is now targeting this summer’s Commonwealth Games in Birmingham.

“My grandad on the Scottish side was so big on sport,” he says. “He’d go to every single event and you don’t realise how much of an impact they have on your life until they go. When he passed away, I thought, ‘What better way to show my appreciation for his life and who he was as a person and the impact he had on my life, than go to the Commonwealth Games for him?’”

Prior to his incredible indoor season, the 26-year-old, who has a 100m best of 10.18, had consigned himself to the fact that might be his last hurrah, but having held his own on the global stage, all of that has changed.

“I tried to prove myself and show a little bit of myself out there, and I hope it gives me the platform to keep pushing on,” he says of the World Indoors. “That was definitely one thing I wanted to do going into the champs, to go out there and say to Christian, ‘Here I am, I’m ready for the opportunities if you allow me to have them’.”

And, when it mattered, his actions spoke far louder than words. The smile said it all.

» This article first appeared in the April issue of AW magazine, which you can buy here