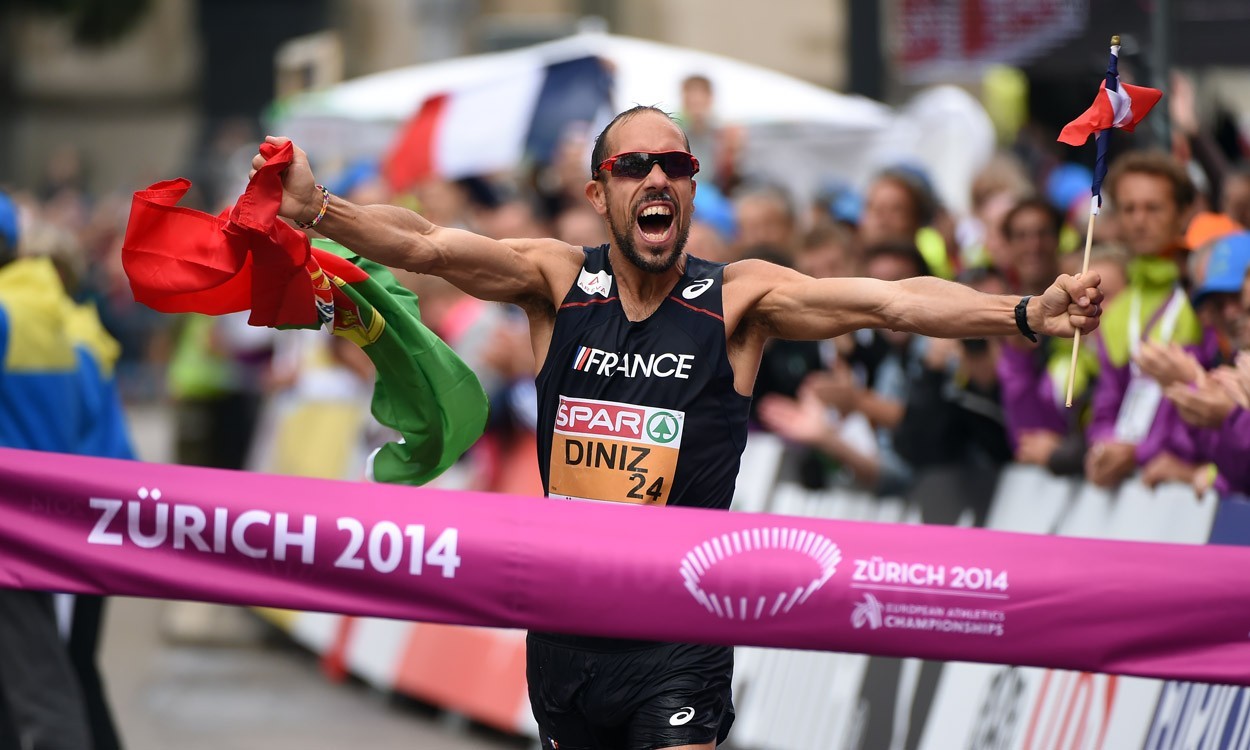 Yohann Diniz took 14 seconds off the 20km race walk world record at the French Championships in Arles on Sunday.

The 37-year-old, who broke the 50km walk world record on his way to claiming his third European title over the distance in Zurich last summer, clocked 77:02 for 16 laps of the 1.25km course.

“It felt like I was flying,” the IAAF quoted Diniz as saying.

“I’m super happy and excited. I might be the best race walker in the world today, but I have to reach the podium at the World Championships and Olympics to end my run of bad luck.”

Diniz is next due to compete in Lugano on March 15, with GB race walker Tom Bosworth, who broke the British 10km race walk record in Coverntry at the beginning of the month, also set to race.