Why my coach is key 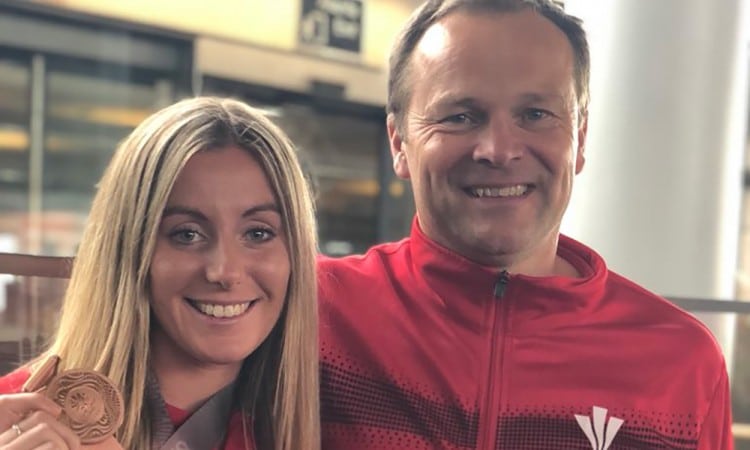 “My coach is important to me as without his knowledge, experience and understanding of me as an athlete I wouldn’t have the same structure to my programme which has helped see big improvements in my performance.

“When Rob first started coaching me I fully adopted his programme and it was a learning curve for us both as we learnt so much about me as an athlete, often through trial and error until we found the best approach for me. This year I’ve seen so many improvements in all aspects of training and racing.

“He’s taught me to be confident in my ability when I’m racing and I know when I’m on that start line I have complete trust that he’s prepared me in the best way possible.”

“As a coach, Jon makes sure that when I get on the start line when it matters the most I can provide both physically and mentally.

“He helps me to make decisions in competition and in training.”

“I’ve learnt so much from Andy in a relatively short space of time. One of the main things he has taught me to do is invest in myself, in many ways. 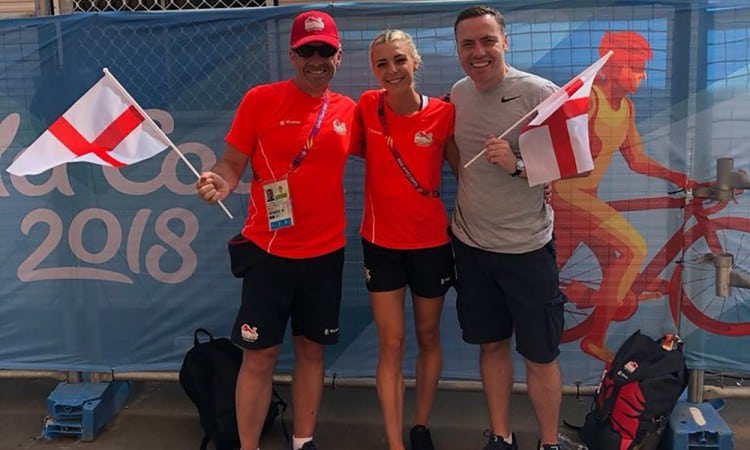 “This season my goals are clearer and higher than I’ve ever set before and I know that he will help in every way he possibly can to support me and to make these achievable.”

“My mum is so important to me as a coach because without her I wouldn’t be where I am today. From giving up her free time to drive me around the country and watch me compete as a kid to being at the other end of the phone whenever I need her. She knows my strengths and weaknesses, inside and out. It’s important to have a coach you trust and someone who knows how to peak you at the right time.

“I’d say the best thing I’ve learnt from her is to be patient and trust the programme. A bad run doesn’t mean your entire season will be a write-off. It’s about trusting in the programme and that piece by piece it will all come together when it counts at a major championship. My coach has always been a vital part of my support team during an injury too. She always tries to keep me as positive as possible without getting suckered into feeling sorry for myself! There is always improvements to be made and work to be done – coach knows best!”

“We have been working together for eight years and even though he’s my coach he’s also a mentor and a bit of a parent. He knows me so well he knows if I’ve slept, if I’m fatigued, if I’m happy or sad, so that really helps with the training!

“From the age of 15 he has taught me to become confident in myself to be able to complete the training, even if he is not around.

“I’m not reliant on him and neither is he on me, we both get the job done and know that if either of us mess around you’ll see it on the race track and we don’t have time to waste. But he does need to work on his motivational talks because they do suck!”

“Alan’s guidance is key to my programme, we very much work together and learn from each other and it’s been a process since we started working together in 2015. He has over 50 years of coaching experience but is still prepared and keen to learn and cares more for his athletes as people as opposed to their performances. I like picking up the phone to him and running things by him and having his input into lots of things. It’s good to have another opinion and I trust him.

“I’ve learnt from Alan about how to structure my training week by week, month by month and it’s taken a little while to get used to as I’ve never had that before, but to understand training physiology, how to train correctly and understanding my body’s responses to different things. It’s given me confidence in my training.”

“Aston is both an amazing technical coach and one of the wisest people I know. One of the best things he has taught me is to approach training (and life) as an experiment. Nothing is achieved if you finish the season being the same athlete as when you started.

No better feeling than a coach who is proud of you!!! pic.twitter.com/9J4E7Z6o5B

“If Aston asks me to make a technical adjustment in the middle of a long jump session, I know that the only thing he won’t accept is no change. Aston would like for me to nail it on the first attempt, but he would also be okay with me failing epically and landing on my face because even that shows a commitment to change and grow. The one thing that is not acceptable is staying the same.”

“My coach is so important to me as he does all the thinking and planning around my week, which allows me to focus purely on completing the set training. Without him it would be easy to overthink whether I’m doing too much or too little.

“The standout thing he has taught me is to be fearless in racing. Sometimes you have to risk making a mistake in order to win a race.”

“The coach-athlete relationship is so important in the pole vault as it’s such a technical event which comes with high risks. It involves a huge amount of trust! Having a great relationship with my coach is one of the most important things to me and always has been from a beginner. It is vital if I am to compete well.

“My coach, Scott, is super important to me. We have a strong relationship and such a tight trust which is what makes us work so well together. I never ever question any decision he makes during training sessions or competitions as I know whatever decision he has made in that moment is 100% the right one.

“One thing that’s important to me is having fun as I am a little kid at heart! We have the perfect balance of having fun and having a laugh but can switch into serious mode when needed. This kind of relationship and trust doesn’t just happen overnight. We have now worked together for nearly six years and along the way we have learnt so much from each other to get to where we are now.”

“Coaches are important because they’re like the parents of your career, they are there to shape you and help you grow into the best athlete you can become.

“Ryan is important to me because he has studied the game so I have full confidence in his programming and technical advice. The main thing Ryan has taught me is to be able to adapt to any situation.”

“Steve has been fundamental in getting me to think and act more professionally as well as believing in myself.

So proud of @ross_millington last night with a massive 27:55.06 10,000m pb and Olympic Standard for Rio! pic.twitter.com/dahjjD8jD8

“He is more than a coach and I see him as a good friend. I think sharing a close relationship like this ensures we can work together and it’s not just a one-way street. I have the confidence to go out now and not read about other athletes’ training and instead just focus on the important bit, running hard!”

“Nick has been instrumental in my progress and development as an athlete. The key things he introduced to my training were a more structured approach to it and regular threshold sessions. Working on different energy systems with different types of training has enabled me to improve my times on all distances.

“Most recently, though, he has taught me to believe in myself and trust the training and go for it in racing.”

“My coach is a very important figure in my life. She has been there for me from day one on and off the track and looked after me the best way she can.

“She has taught me how to be an athlete and also how to be a strong individual.”

“My coach Mike is so important to me because after losing trust in coaches, he has allowed me to slowly regain trust and confidence and begin to flourish again as a performer. He has allowed me to understand the importance of a life and athletics balance this year.

“He has such an amazing knowledge of my event and will always think of new ways to guide and challenge me. He has believed in me through many very hard times in my career and without him I am sure my development as a young thrower would not have continued.

“One thing I have learnt from Mike is to become totally self reliant, by this I mean that he has encouraged me to work so that if, for example, I do not have any sponsors or funding my athletics is able to continue. Also in a sense that I must stand on my own two feet during competition and have a greater understanding of how to manage any situation.”

“The importance of a coach is to keep me from ruining myself! It’s quite easy to get distracted, it’s quite easy to keep pushing. Sometimes you need someone to pull you back and say ‘your body is going to break down’.

» See the June 7 edition of AW magazine for more coaching insight, including George Gandy on his route into coaching, Matt Elias on the transition from athlete to coach and an interview with Laura Muir and her coach Andy Young