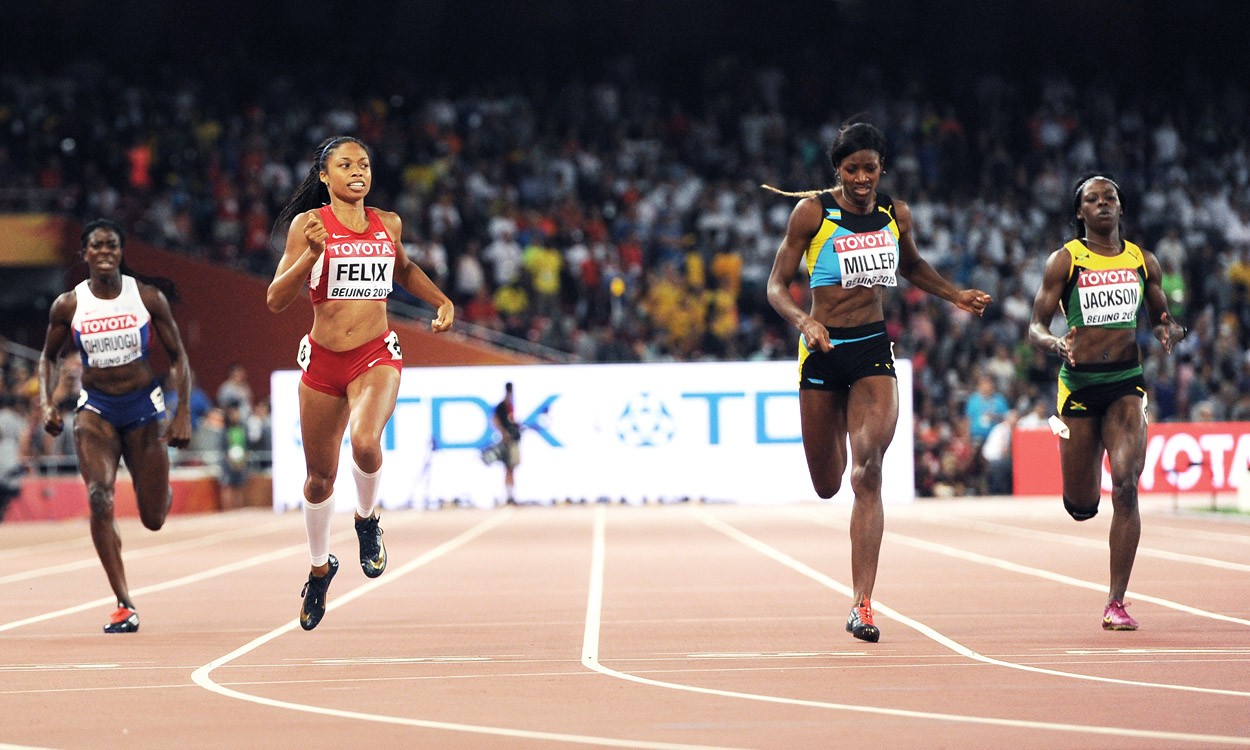 USA Track & Field (USATF) has confirmed that it has “formally petitioned” the International Association of Athletics Federations (IAAF) to make changes to the Rio 2016 Olympics schedule to allow Allyson Felix to double in the 200m and 400m events.

The four-time Olympic gold medallist claimed her ninth world outdoor gold when taking the 400m title in Beijing in August and is keen to contest both the one-lap and half-lap events in Rio.

The current timetable for the Rio Olympics has the women’s 200m heats taking place 75 minutes before the 400m final on August 15.

“Allyson is the most decorated female athlete in IAAF history and should have the chance to go for a double, competing in what likely will be her fourth and final Olympic Games,” commented USATF CEO Max Siegel.

“Such an achievement would elevate the sport at the Games, and as a federation we owe it to her and to the sport as a whole to make the request.”

IAAF competitions director Paul Hardy is reported to have confirmed receipt of the request from USATF and told Reuters it would be reviewed “in the next few days”.

The schedule change request has prompted discussion on social media, with Britain’s Olympic, world and Commonwealth heptathlon medallist Kelly Sotherton among those to share her views.

“I do not agree an Olympic timetable should be adjusted for 1 athlete. Whoever they are. (And I’m a big Felix fan),” she wrote.

“There’s athletes who could double in other events too and timetable just doesn’t allow. So why should it now?” she added.

Do you think the Rio 2016 timetable should be changed to accommodate a women’s 200m and 400m double? Let us know your views by writing a tweet to @AthleticsWeekly, popping a post on Facebook or by adding a comment beneath this story.