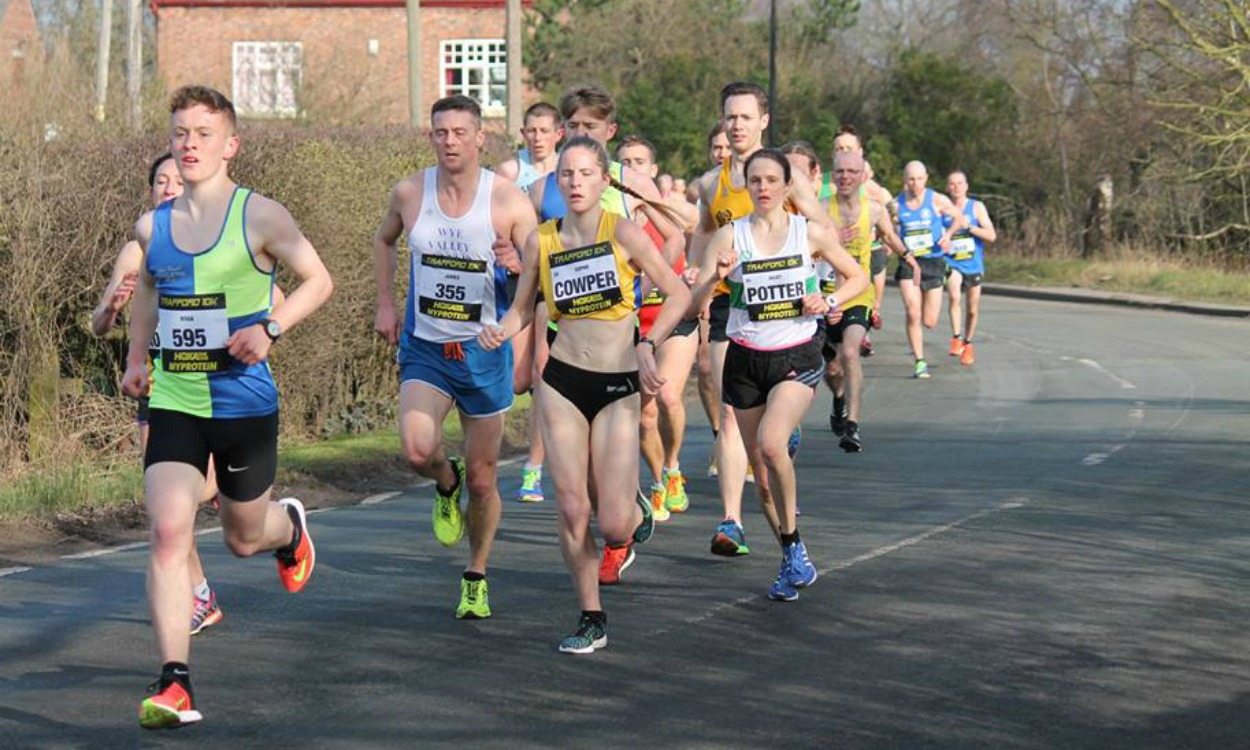 The course, measured by the Association of UK Course Measurers in 2009, has been found to be 100m short and a number of other courses are also being remeasured

The course used for the Trafford 10k since 2009 has been found to be short by just over 100m, the Association of UK Course Measurers (AUKCM) has confirmed.

Following the 2016 event on March 13, the AUKCM was contacted with concerns that many GPS watches had recorded 6.1 miles for the one-lap route.

An investigation to remeasure the calibration baseline on Middlewood Way in Macclesfield, which had been used by the measurer in 2009 when the Trafford 10k was certified, plus the whole 10km course was undertaken.

An AUKCM statement read in part: “A shortfall in at least one other course which had been calibrated using Middlewood Way (Manchester Marathon, measured 2013) pointed to a possible incorrect length being used for the baseline.

“The original measurer retired three years ago and no longer has his records, so at present we don’t know how it happened that the baseline was wrongly laid out. Although it remains a prime responsibility for the measurer to lay out his baseline accurately with a steel tape according to the IAAF/AIMS international procedures.”

As reported last month, the Greater Manchester Marathon course used from 2013 to 2015 was also recently found to have been around 380m short by the AUKCM.

Other routes which may have been measured using the Middlewood Way calibration course are listed here.

“We are very disappointed to be told that the course has been measured short and feel that thousands of runners have been let down by the AUKCM,” Trafford 10k organiser Dave Norman told AW.

“I am staggered that the reason they have given for the error is that they have been using a section of the Middlewood Way to calibrate their equipment and they have discovered it is 0.5m out.

“The long list of short measurements that has been announced has highlighted serious flaws in the current race measurement system and it is my belief that races should be measured every year, by two independent measurers,” added the Altrincham & District Athletic Club road running co-ordinator, who won the Greater Manchester Marathon in 2012 and 2013.

Further details on the investigation can be found here.