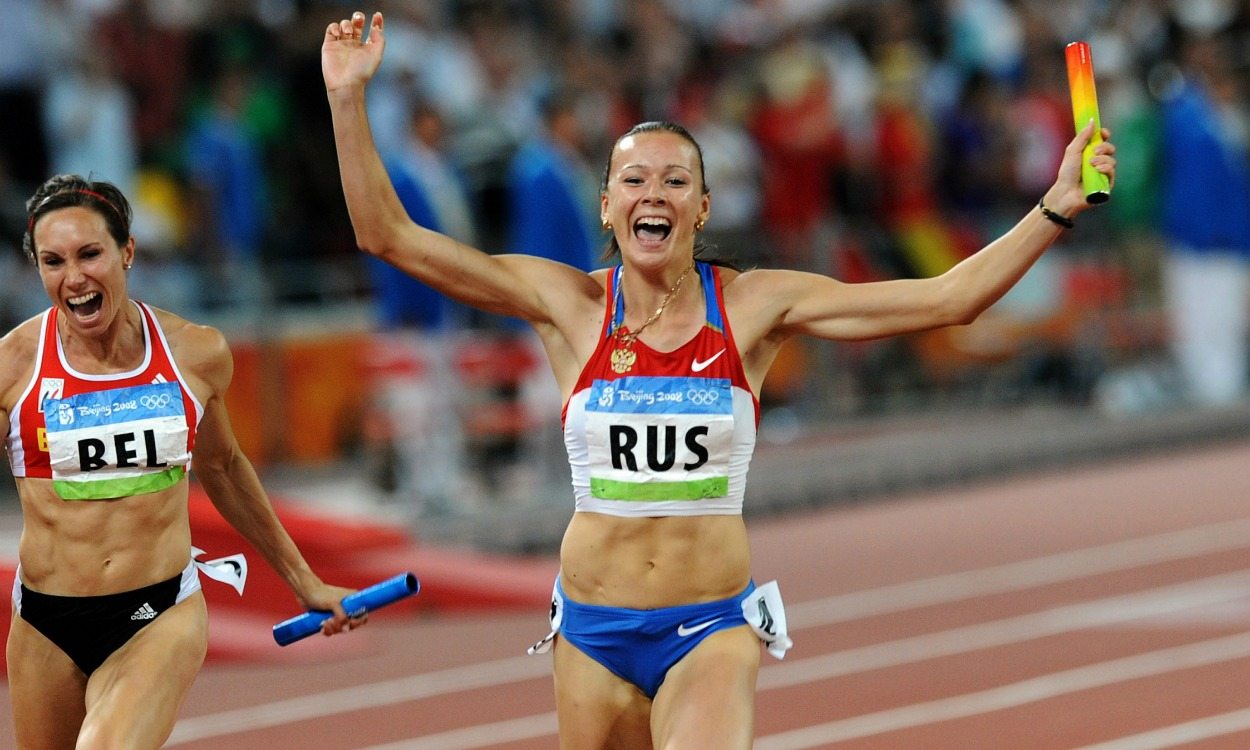 Russia has been stripped of the Beijing 2008 Olympic 4x100m relay title following the disqualification of Yulia Chermoshanskaya, the International Olympic Committee (IOC) has announced.

The sprinter, who anchored the Russian team to gold in China eight years ago and also contested the 200m, loses both results after reanalysis of her Beijing 2008 samples tested positive for banned substances.

“Yulia Chermoshanskaya, 30, of the Russian Federation, competing in the women’s 200m and the women’s 4x100m relay events, has been disqualified from the Olympic Games Beijing 2008, in which she ranked 8th in the 200m and 1st in the 4x100m relay with her teammates,” read an IOC statement in part. “Reanalysis of Chermoshanskaya’s samples from Beijing 2008 resulted in a positive test for the prohibited substances stanozolol and dehydrochlormethyltestosterone (turinabol).”

The IOC’s full decision can be found here.

The Russian 4x100m team of Evgeniya Polyakova, Aleksandra Fedoriva, Yulia Gushchina and Chermoshanskaya had won the final ahead of Belgium, Nigeria and Brazil.

The IOC has requested that the International Association of Athletics Federations (IAAF) modifies the results accordingly and also considers any further action.