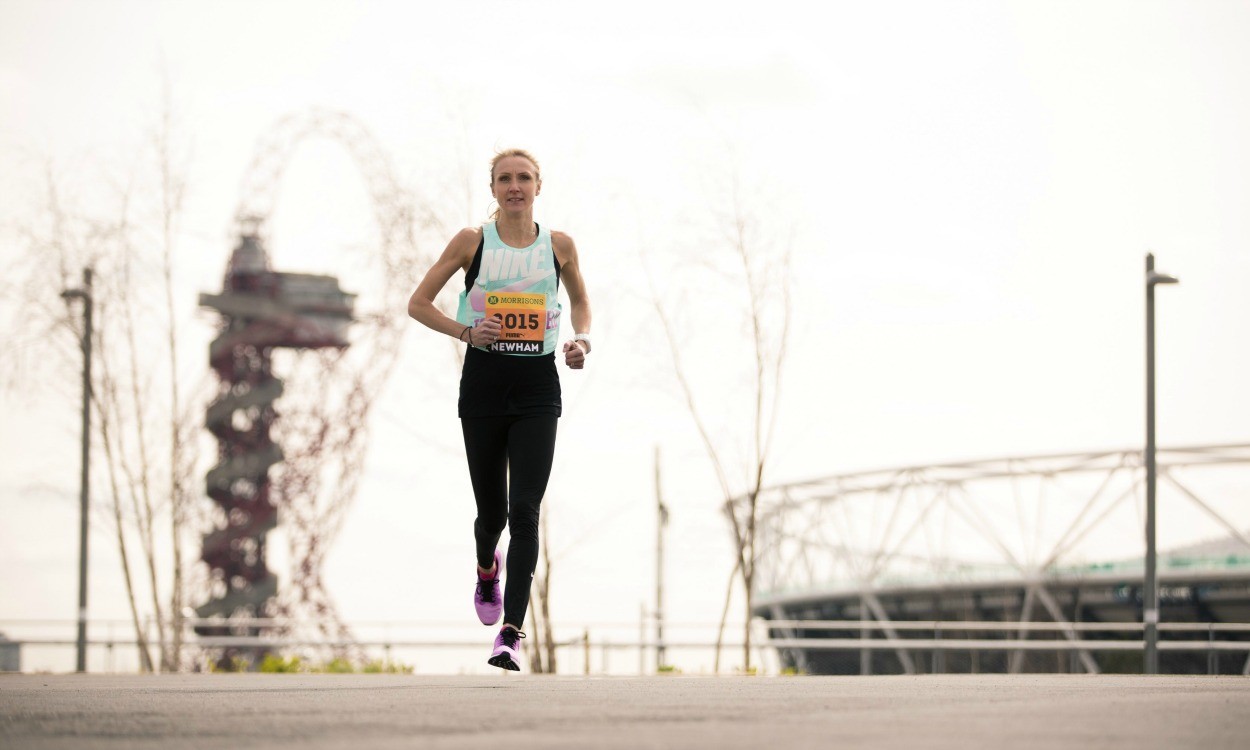 Great Run organisers are throwing down the gauntlet and challenging British road runners to team up and target the two-hour barrier for the marathon as part of the Morrisons Great Newham London Run on July 19.

The new race is to feature teams of four, with each runner taking on a quarter-marathon around the Queen Elizabeth Olympic Park in the east London borough.

Discussion over when the first sub-two-hour marathon might take place has been rife recently, especially since Dennis Kimetto ran 2:02:57 in Berlin last year. Of course, a relay mark would not stand as a world record, but The Great Run Company has come up with a challenge which will surely capture the imagination of the running community. As well as going sub-two for 26.2 miles or targetting Kimetto’s mark, runners in the Morrisons Great Newham London Run 4 x Quarter-Marathon Team Relay might also have their eye on the UK record of 2:07:13 belonging to Steve Jones.

Alternatively, they could spool back through the athletics ages and take a shot at another of the classic landmark times for the marathon. American Johnny Hayes set an inaugural marathon world record time of 2:55:08 seconds in the 1908 Olympic race from Windsor to the White City in London that established the official marathon distance at 26 miles 385 yards. Women’s teams could attack Paula Radcliffe’s world record of 2:15:25, set in 2003.

However, the enormity of the task of a sub-two marathon relay is seen from the fact that the best four times by British men in the 2014 Great Run series added up and extrapolated to make the marathon distance comes to just 2:04:41. For women the corresponding figure is 2:19:20.

Each relay runner will complete two laps of the course, running 10.54km. The prizes on offer will be £2000 for each winning team, £1000 for the runners-up and £500 for the third-placed teams.

The event takes place on the same day as the the 10km Great Newham London Run which is set to finish inside the former Olympic Stadium.

» For further details and to enter see www.greatrun.org