Richard Kilty, CJ Ujah and Dina Asher-Smith quick off their marks in Prague 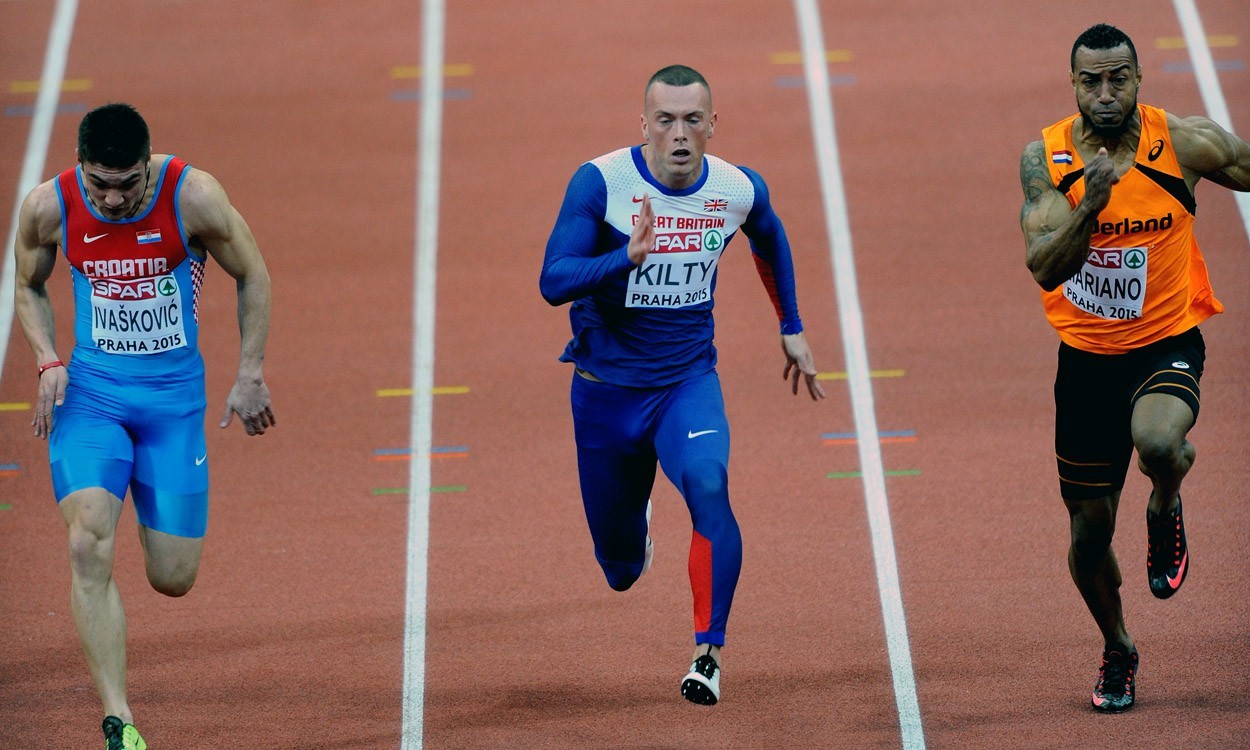 British sprinters were in fine form on Saturday morning at the O2 Arena in Prague as they breezed through their 60m heats in style.

Richard Kilty and CJ Ujah led the men’s qualifiers with 6.57 as they won their separate heats with ease. GB team-mate Sean Safo-Antwi also qualified after running 6.57 in a heat won by Germany’s Julian Reus in 6.62.

Despite not having raced much this year, Kilty looked sharp and confident and the Briton will be looking to add a European gold to his world indoor title in Sunday’s final.

“I didn’t even get into my final gear so to run 6.57 is very, very promising. I’m just enjoying myself out there. It’s great, and I’m hoping to continue to do that tomorrow,” he said.

Dina Asher-Smith was similarly impressive in the heats of a women’s 60m that looks set to be one of the most intriguing events of the championships.

The Blackheath & Bromley athlete ran a PB of 7.10 but Dafne Schippers was even faster as the Dutch sprinter sped to a 7.07 PB, while Germany’s Verena Sailer has also arrived in Prague in top form as she won her heat in a PB of 7.10.

Joining the athletes in the semi-finals, meanwhile, is Asher-Smith’s GB team-mate, Rachel Johncock who clocked 7.26 for third in Schippers’ heat.

“It was a heat so I basically tried to control it so I could get into the semis,” said Asher-Smith. “At the same time I’m really chuffed with the time. I really wasn’t expecting to run that quickly.”

In the 1500m first round, Charlie Grice and Chris O’Hare impressed. With only the top two in each heat guaranteed qualification, Grice surged from last to first with 500m to go and won easily in 3:48.98 from Henrik Ingebrigsten of Norway.

O’Hare also won his heat but in rather different circumstances. Ilham Ozbilen, a Kenyan-born Turkish runner, is well-known for setting a fierce early pace and he blasted through 800m in 1:51.2 – not much slower than outdoor world record pace. O’Hare, though, took up the chase in the closing stages and caught the fading leader to clock 3:41.83, although Ozbilen held on to second place.

“I knew I had to be on my A game today,” said O’Hare. “It was tough qualifying with only the first two spots so there was no room for error.”

There was no such joy for the only British male field eventer in Prague, though. Allan Smith went out of qualifying after failing at 2.24m and then twice at 2.28m.