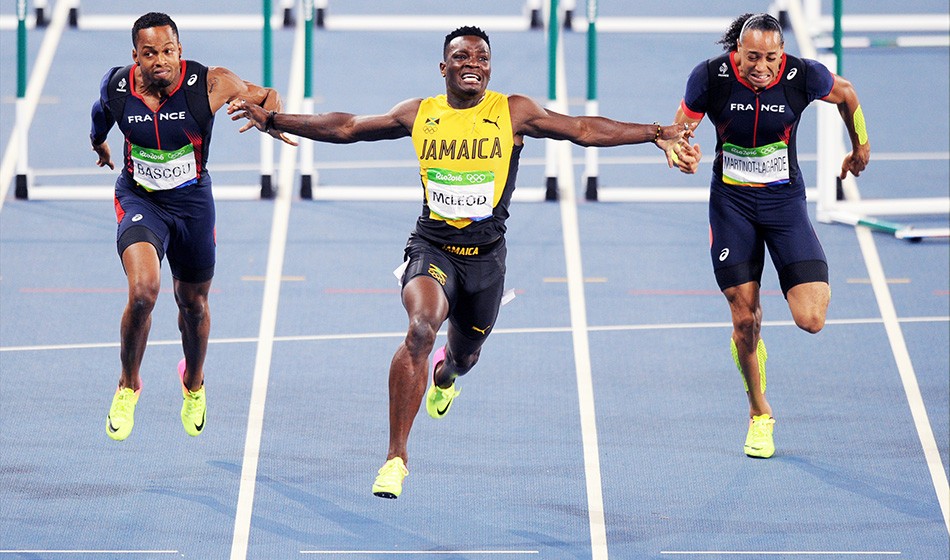 Olympic selection controversies are nothing new and happen worldwide. For example in Tokyo, there will be no Omar Mcleod.

The reigning Olympic 110m hurdles champion ran a world leading 13.01 in Florence recently and clocked the fastest time in the Jamaican Olympic Trials with a 13.04. Unfortunately, that time came in the semi-finals and a stumble in the final meant he ran just 16.22 and the selectors ignored the fact he was the only athlete likely to challenge American Grant Holloway and went on a “first three past the post” policy.

They still have a strong trio in Ronald Levy (13.10 in the trial), Damion Thomas (13.11) and Hansle Parchment (13.16) but none are in Holloway’s class and given their relative lack of male sprinter talent compared to normal it seems a rather bizarre decision.

Kenya also have a huge array of talent but in the endurance events. During the early part of the season there was no doubt the clear favourite for the Olympic 1500m title was world champion Timothy Cheruiyot.

He ran a 3:30.48 world lead in Doha in May but apparently carrying a niggle he could only finish fourth in the Kenyan Trials at high altitude yet still ran a world-class 3:34.36. The Kenyan selectors ignored past performances, though, and chose Charles Simotwo (3:32.75 in the trial), Kamar Etyang (3:33.02) and Abel Kipsang (3:33.12) – all excellent athletes but none look world beaters to rival the way Cheruiyot has performed consistently in recent years.

Just to prove the errors of the Kenyan selectors, Cheruiyot then returned to win at the Diamond League in Stockholm at a canter in 3:32.30, a time quicker than any other Kenyan has achieved in 2021.

Ethiopia also can also afford to leave world beaters behind. Muktar Edris has won the last two world 5000m championship races but although he ran 13:04.69 in the Ethiopian trial in Hengelo for fifth place Ethiopia decided he was not worthy of selection.

Ethiopia still have a fantastic trio but the likelihood that they have potentially left their most likely winner behind was reemphasised when Edris ran a PB of 7:30.96 for 3000m to win in Székesfehérvár on July 6 and he is in far better shape than he was his pre-Doha win in 2019. 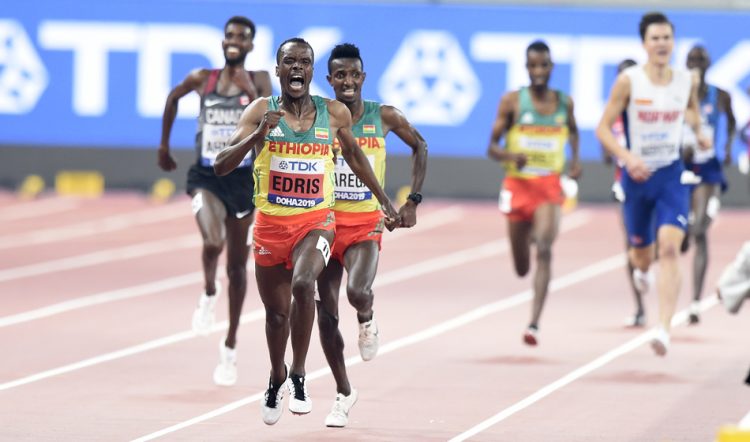 The country who are leaving behind the biggest number of potential medallists at home is of course the United States. They have a strict first three trials policy and have famously left behind masses of Olympic champions and world record-holders over the years but they could still field potential medallists in their place.

Most of the big names did survive the 2021 US trials but the quality was sensational.

For instance, former world silver medallist Shamier Little was the world 400m hurdles leader going into the event and has since run 52.39, the fifth fastest time in history, but as she only came fourth in the trials won’t be in Japan. However, they still have the reigning world and Olympic champion in Dalilah Muhammad and the new world record-holder Sydney McLaughlin.

Britain have had a strict top three policy occasionally. For example, at the marathon trials in 1976 when the reigning European and Commonwealth champion Ian Thompson had his first ever defeat and his seventh place meant he was not chosen for Montreal.

The middle-distance events also have seen the occasional controversy. The first Olympic Trials I attended was in 1972 and there was minor controversy when European and Commonwealth medallist Brendan Foster could only finish fourth in the 1500m but was given another chance in a further trial to make the team and he went on to finish fifth in Munich.

In 1980, Steve Cram fell in the 1500m trials but was given another trial race to make the team which denied fellow junior star Graham Williamson. Then, at the Moscow Games, Cram went on to make the final in the famous Sebastian Coe-Steve Ovett race.

In 1984 the biggest trials news came in the 1500m final which saw rising star Peter Elliott out-kick Coe but the selectors still stuck with Coe (world record-holder Ovett and world champion Cram were already selected) which was not universally agreed with at the time and Coe repaid the selectors by retaining the title in an Olympic record 3:32.53.

In 1988, Coe was ill at the trials and failed to even make the 1500m final but was selected for the 800m where he was still world record-holder and shown very good form. That selection was in my view inexplicably overturned to allow Elliott (and Cram) to double up and a still very fit Coe to sit at home.

Coe ran 1:43.93/3:35.72 at the end of August so was hardly the washed-out athlete those behind the selection veto inferred.

There has been no such big-name controversy in 2021 but still some very disappointed athletes.

The British selection policy was very clear and well publicised and athletes were given unprecedented time to gain qualifying marks with even May 2019 marks accepted which would have been unheard of in past Olympics.

Against that Covid-19 ruined race plans and the opportunity to travel abroad to get qualifying marks and the standards were harder than ever as World Athletics tried to keep numbers exact and also bolster and enhance their World Rankings system to gain those final places.

Unfortunately gaining a World Athletics invitation did not mean British Athletics would accept it as they listed secondary standards and insisted on criteria that related to a likely top eight placing.

But, why? Other nations did not have such a policy. The Olympics come round every four years (or five in this case!) and if you are even in the top 40 in the world at an event and world athletics wants 40 athletes then why should British athletes miss out?

Having such an elitist policy in the World Championships is debatably more acceptable but why can’t Britain fill every available spot as many other countries do?

British athletes who are unhappy at missing out on selection include:

Mark Pearce (3000m steeplechase)
There were 45 places in the event and 40 eligible achieved the standard and five were added by the rankings system. Pearce’s World Athletics invitation was rejected. His best time (8:24.83) was not fast enough to suggest a high placing but the manner in which he single-handedly attacked the qualifying mark at the trials and still beat two athletes they did select (Zak Seddon and Phil Norman) suggests unfairness. He was improving and deserved another chance. 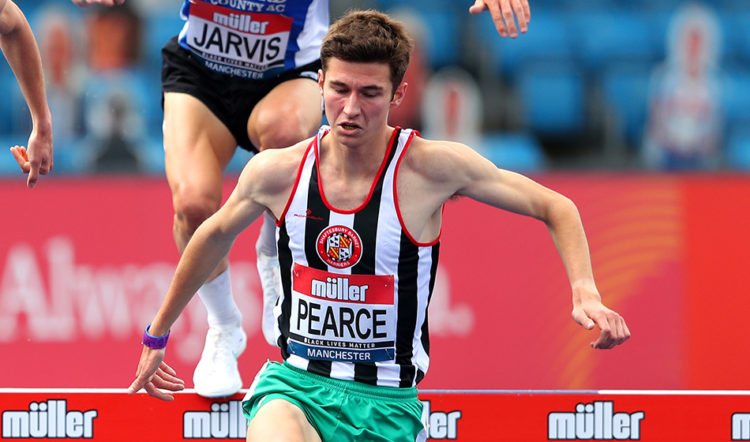 Chris McAlister (400m hurdles)
A ridiculously hard and ill-judged standard (48.90) saw just 23 of the 40 available places filled which left 17 places free for world rankings spots. McAlister easily qualified by his world rankings position but again British Athletics declined his World Athletics invitation. A semi-finalist in Doha where he ran a PB 49.23 showed a good big race temperament and a 49.16 PB at Stockholm last weekend showed his current form though he was not helped by a heavy fall in the trials (58.82).

Amelia Strickler (shot put)
The 18.50m standard was reached by 26 athletes which left six places open and again her invitation was turned down by her governing body. She took out her anger on the decision by setting a PB 18.11m at the weekend at the National Athletics League – her first 18-metre throw.

Dominic King and Cameron Corbishley (50km walk)
A British record by King (3:51:13) fell just short of the standard (3:50:00). There were 60 places available and only 38 were filled by time and both Brits were invited by World Athletics but they were the only two walkers worldwide whose invitations were rejected. King had a poor record of disqualification in major events which could not have helped his case but some feel as this was the very last 50km walk and it’s an event Britain had a previous good record at and we should be represented in it at the Games.

Rabah Yousif and Matthew Hudson-Smith (400m)
European champion Hudson-Smith was selected for the relay and Yousif, previously a mainstay of the relay team wasn’t, but both of their individual invitations were turned down which few argued with based on their 2021 form.

Tade Ojora (110m hurdles)
A hugely impressive winner of the trials in 13.38 which but for a -1.0m/sec headwind would surely have seen him make the 13.32 qualifying standard and as he achieved the B standard and is a great future talent he would have surely been selected had World Athletics invited him. However, his beef is not with British Athletics but World Athletics and their disregard for NCAA competition which meant despite a similar time record to David King (whose invitation was accepted by British Athletics) he was a mere 81st in their world rankings. 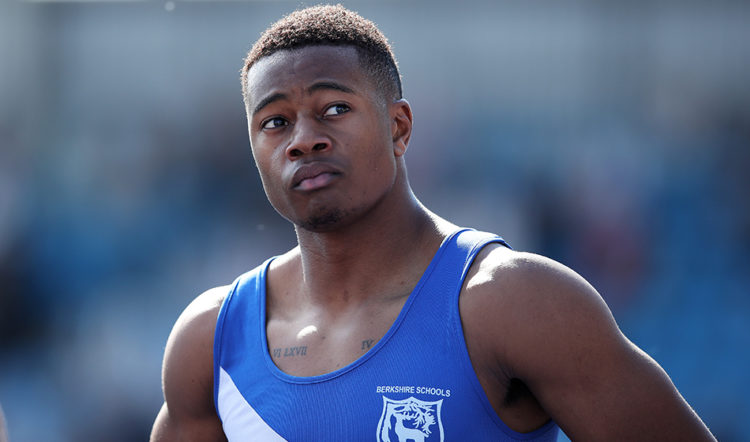 Naomi Ogbeta (triple jump)
Missed out by just one place on the world ranking system – was top of the list but no one was invited as the places were filled by the qualifying standard. With a wind-assisted 14.38m and 14.29m and a14.22m legal best and a 14.29m B standard would she have been selected had she been invited? She was definitely a prospective finalist.

Holly Mills (heptathlon)
Missed on an invitation by a few places (note, a mere 11 got the unrealistic standard of 6420) and was not helped by just 24 places being available. Note there are 56 propspective places in the 100m, which given similar for the 200m and relay chances too shows the relative bias against multi-eventers compared to sprinters.

A few athletes could not have been selected as the British selectors were limited by the three spots for event. The unluckiest were the following:

Laura Weightman (5000m)
Injury kept her out of the trials and she showed little 2021 form before the latest injury. But her previous form (she was officially world ranked No.8) and looked a potential UK record-holder would have meant her selection would have been undebatable.

Max Burgin and Jamie Webb (800m)
The three selected athletes (Elliot Giles, Oliver Dustin and Daniel Rowden) were the obvious choices based on their trials form and Burgin was injured after an early season world lead. Both Burgin and Europepan Indoor llist Webb rank in the top dozen in the world on times in 2021.

Charlie Grice (1500m)
A 3:30.62 PB with a 3:33.62 season’s best and having been a past Olympic and world finalist counted for nothing with a poor tactical trials run and there was little argument with promising Jake Heyward getting the third selection spot.