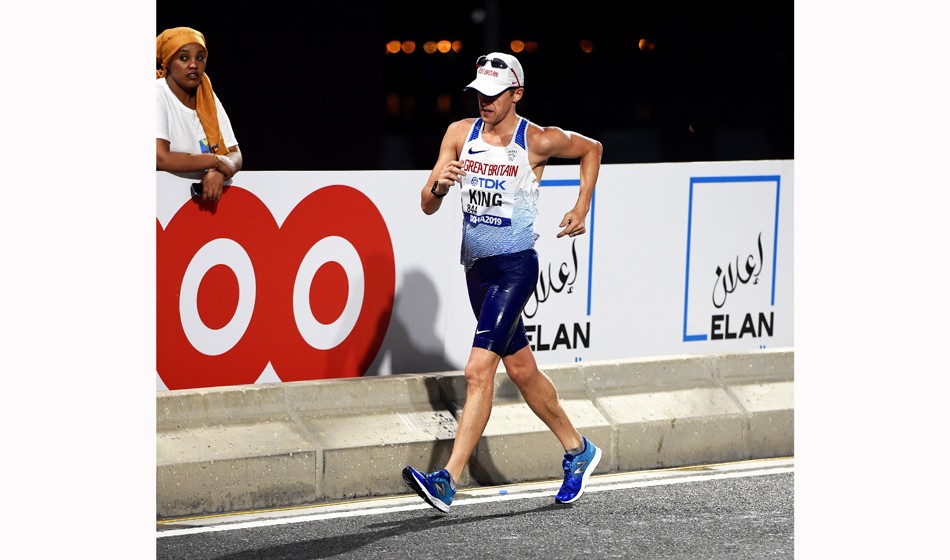 Three months ago, when Dominic King achieved his life goal of breaking Chris Maddocks’ long-standing British record for 50km race walk, he told AW he hoped his performance would earn him a spot in the British Olympic team despite his time being outside the qualifying standard for Tokyo.

The Colchester athlete clocked 3:51:13 in the Dudince 50km in Slovakia on March 20 to take 24 seconds off a national record that Maddocks has held since 1990 and, despite missing the Olympic qualifying mark of 3:50:00, he felt he would get an invitation from World Athletics via its rankings system.

This has happened but UK Athletics has not accepted the World Athletics invitation and now King, 38, has written to the British Olympic Association arguing that “the rules of fairness and due process have been violated”.

King’s letter to the BOA says in part: “I am publicly requesting that the BOA accept the World Athletics invitation received by British Athletics for me to participate in the Tokyo Olympic 50km Race Walk based on the overall World Rankings invite system.

“The BOA should not be satisfied with my non nomination for selection, as basic rules of fairness and due process were violated.

“When World Athletics released the dual world ranking/auto-qualified times system (new for this Olympic cycle), it was designed with the view to National Governing Bodies around the world adopting such a system.

“Great Britain has two athletes who have qualified through ranking quota for this summer’s Olympic 50km walk — an amazing achievement considering severely restricted access to training and competitions, during the pandemic. Indeed, the British 50km walkers have had only one opportunity in order to qualify these past 18 months.

“In what is an event that is already discriminated against, with its removal from the 2024 Olympic programme and with reduced competition opportunities and limited qualification periods, it is astounding that our federation prohibited their 50km race walkers the opportunity to compete in their area championships in May (European Race Walking Team Championships).

“I request the BOA overrule British Athletics to select me to participate in the 50km Race Walk at the Tokyo Olympic Games, in accord with the World Athletics invite for me to do so.”